Very often after transplanting a hosta, the leaves begin to droop or even turn brown. This is called transplant shock and here is a step-by-step guide on how to reduce it. 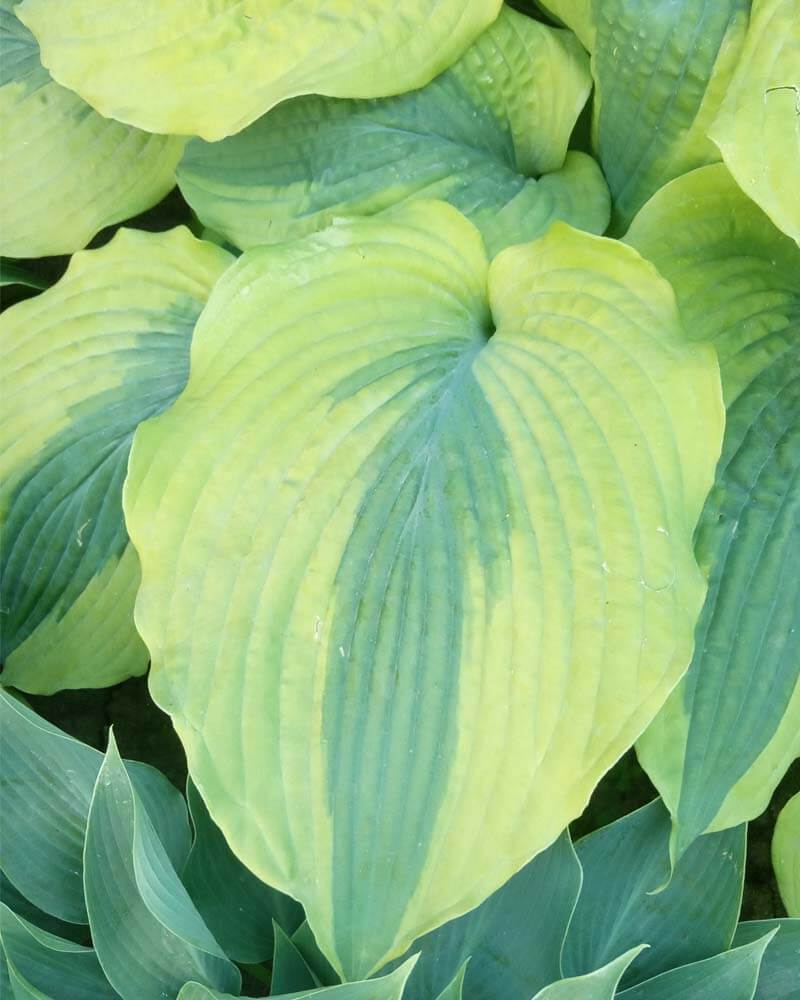 Weather is a key factor in reducing transplant shock. The best time to move is when the weather is cloudy and humid.

As soon as the weather forecasters report rains, it is time to transplant. Wait 1-2 days for the rain to wet the soil and the hosta to soak it up. If the weather is overcast but it doesn’t rain, water the hosta the day before transplanting.

As for the time of year, it is best if you transplant in the spring or fall. At this time, the sun is not as strong and will not do much damage.

Avoid transplanting in the summer heat and drought. It will be very difficult for the hosta in such weather and it will be much harder for you to reduce the transplant shock.

Read more: How Do I Grow Hostas?

The next thing to do is to dig the hosta out of the ground as gently as possible. Step back from the stems at least 1 foot and only then start digging.

Use a shovel with a long blade to get as deep as possible. Dig around the hosta, lifting the root ball slightly with the shovel. A trenching shovel is best for this purpose.

Next, pull the hosta to the surface, holding it by the ground and not by the stems to avoid damaging them.

Also, don’t leave the hosta roots on the surface for too long. Once you have dug up the bush, plant it in its new location as soon as possible. The longer the roots are out of the ground, the more water the hosta will lose and the more serious the transplant shock will be.

Use nutritious and loose soil

For fast and successful rooting of a transplanted hosta, you need to use loose and nutritious soil. This will help the plant to survive the transplant less painfully as the new roots can easily penetrate into the soft soil.

Also, nutrient-rich soil will be a great help to get the plant off to a good start.

To get this kind of soil you have to use organic matter. Compost is best, but make sure that it is of high quality and made by a reliable producer.

That’s it, it’s the perfect substrate for a transplanted hosta. In addition to the benefits listed above, this mix will also improve drainage and help avoid root rot. 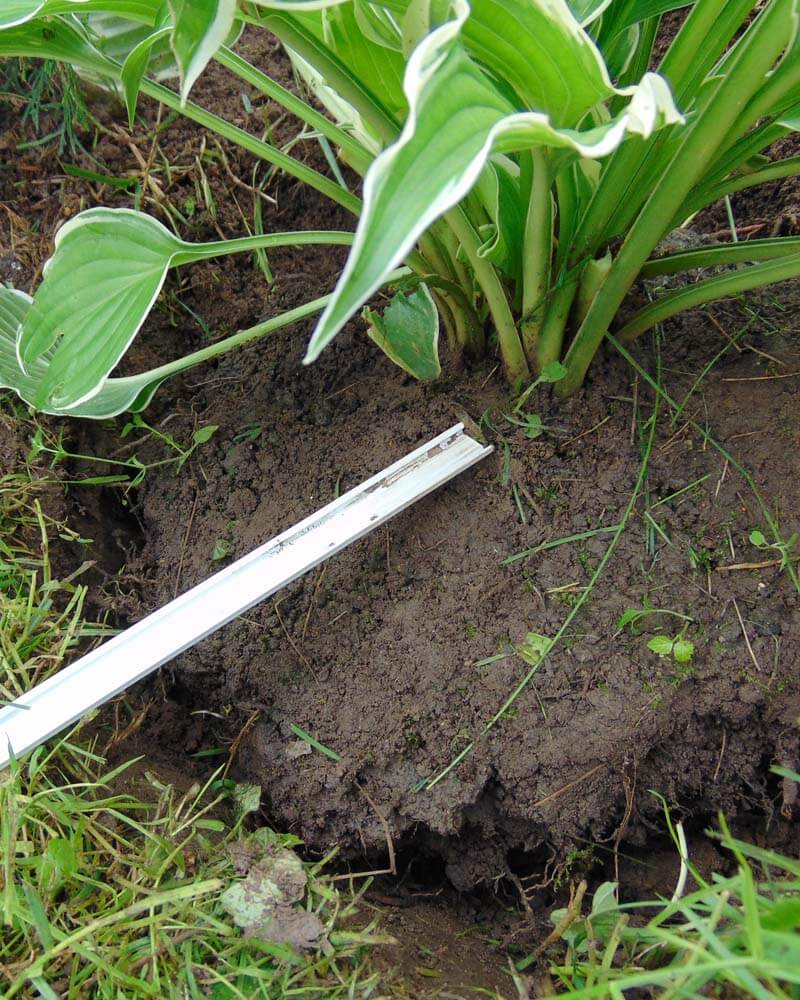 At the new location, dig a hole twice as big as the root ball of the hosta. Carefully place it in the hole so that the top of the root ball is level with the surface of the ground. If necessary, put some prepared soil in the bottom of the hole.

Fill all the empty space in the hole with the soil mix. Lightly compact the soil with your hands and put some more if necessary.

The rhizome should be under the ground. Only the stems should remain above the ground.

If you deepen the stems, petiole rot can happen. On the other hand, if some of the roots are above the ground, they can be damaged by frost.

Water the hosta with 1-2 gallons of water immediately after planting. If the plant is large, use more water. Use a drip hose to evenly saturate the soil with water.

Put extra shade over the hosta

The main enemy of newly transplanted hostas is the sun. Even a few hours of direct sun a day can weaken the plant. If the sun hits the leaves in the middle of the day, they will burn.

You need to install full shade over the hosta until it takes root. This can take a few weeks or it can take several months.

Use a garden umbrella to make the shade. Place it over the shrub at a minimum height so that even the morning rays don’t hit the leaves.

A shading net can also be used. This is available online and in stores. However, you will have to create a frame over the hosta. You can use wooden sticks or plastic pipe for this purpose.

As soon as you see that your hosta is not wilting and that there are new leaves, you can take the shade off. However, you must keep in mind that a hosta plant cannot grow in full sun and requires partial shade – for more information, see What light is best for hostas? 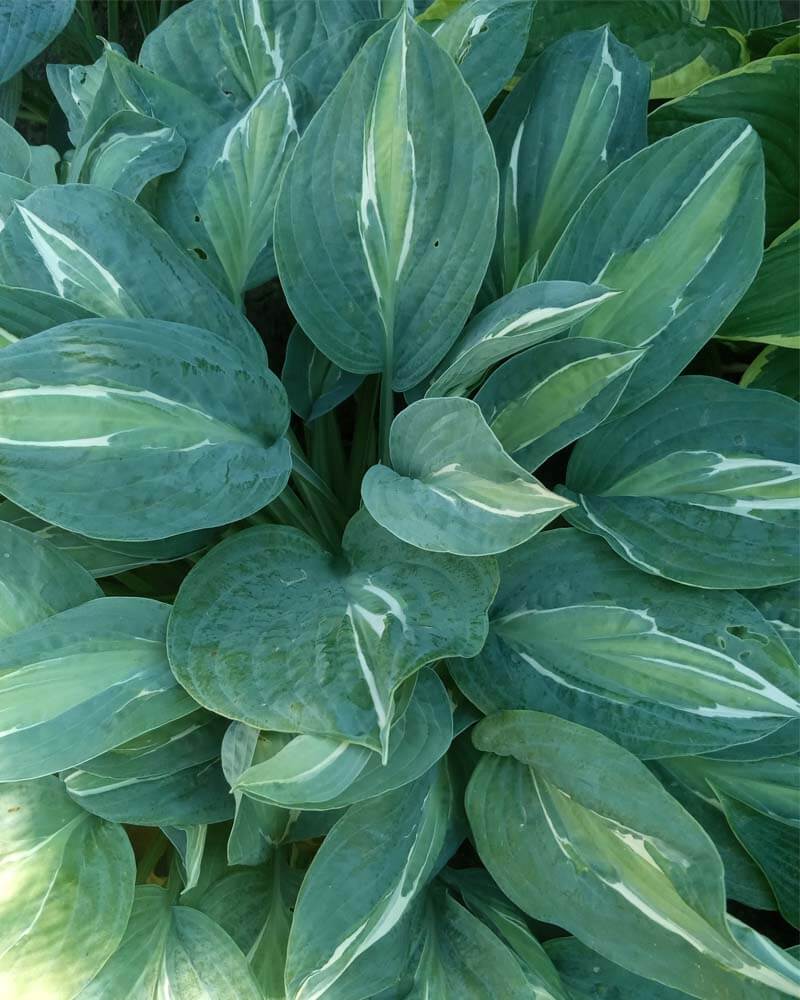 Throughout the first growing season after transplanting, keep an eye on the soil around the hosta. As soon as the soil is more than 1 inch dry, water the hosta with 1 gallon or more of water.

Watering plays a key role in the rooting of the bush. During transplanting, the roots will be damaged and the plant will not get the amount of water it needs. To avoid dehydration, do not leave it without water.

The following year the roots will penetrate into the surrounding soil and watering can be stopped. The only time you may have to water is during extreme summer heat and drought.

But avoid watering too often and with too much water, as this can lead to root rot. 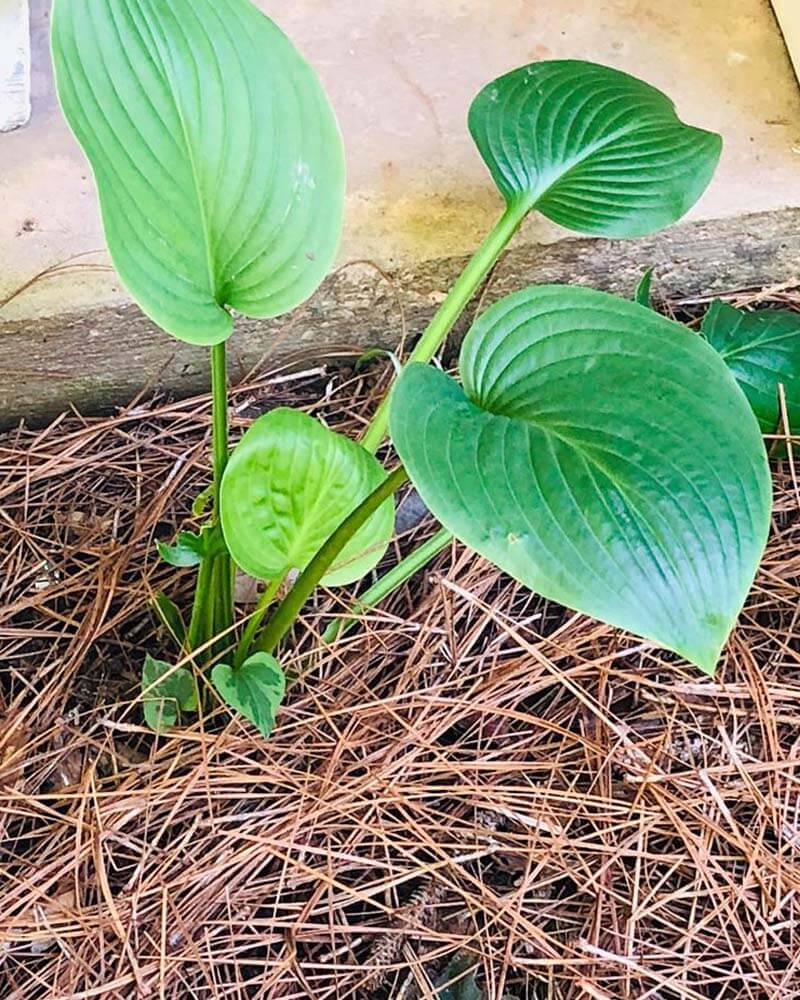 Root zone mulching has many benefits. The first is the slow drying out of the soil, so the plant will not suffer from a lack of water and you have to water much less often.

In addition, the soil surface under the mulch will not get too hot. This means that the hosta will be much more comfortable during rooting.

Use only organic material as a mulching material. Pine bark nuggets or wood chips are the most suitable mulch for the hosta. Compost also works well.