Mulching your hostas is very helpful. If you have the opportunity, be sure to do it. As with anything, there are many subtleties that you will learn about in this article.

The best mulch for hostas is compost or pine bark. Spread a 2-3 inch layer of mulch around the hosta in early spring. Renew the mulch once a year.

The advantages of mulch are that moisture evaporates slowly from the soil, and this is especially important for growing hostas because they are moisture-loving plants. Mulch also helps to retain heat in the ground that has accumulated during the summer. As a result, the plants feel more comfortable in winter.

Another advantage of mulch is that it creates a barrier to weed growth, i.e. it becomes easier to grow plants. Each type of mulch has many positive qualities, which I will write about below. 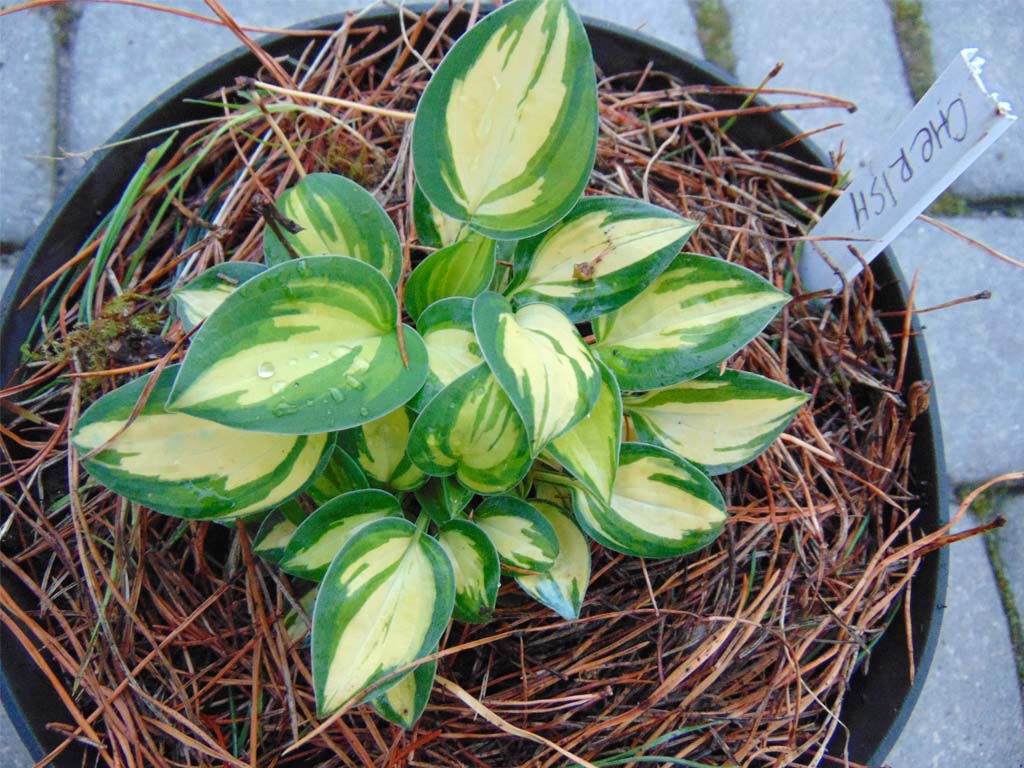 One of the best mulches is compost. In general, it is an organic fertilizer, and it is designed to fertilize plants and create a soil mix. However, many gardeners use it as mulch.

In addition to retaining moisture, compost also enriches the soil with nitrogen. Nitrogen is responsible for the growth of greenery, and as you know, hostas have big green leaves, so they need a lot of nitrogen. This mulch will make your plants look great.

I recommend using only high-quality compost from reputable manufacturers, as poor-quality compost can contain non-decomposed residues and this can make your plants sick. The compost should be clean and pest free.

I do not recommend using homemade compost for your hosta, as it can do more harm than good. The exception maybe if you are an experienced gardener and know how to prepare proper compost.

Spread a layer of compost up to 2 inches (5 cm) thick around the hosta. This will be sufficient. A thicker layer can trap too much moisture, especially during the rains. Also, do not cover the top of the hosta with compost, as this can lead to rotting.

Spread compost in the area around the plant 15 to 20 inches (30 to 50 cm) from the crown. If the hostas are growing close together, fill in all the free space between them.

Compost also has disadvantages. The first is that quality compost costs money. However, this is one case where saving money is not worth it.

The second disadvantage is that this type of mulch needs to be renewed every year, as it becomes unusable.

In addition, compost creates almost no barrier to the growth of weeds. Other types of mulch, which we will talk about later, cope with this better.

Pine needles are a great mulch for hostas because it is air permeable. Since it is not very dense, it allows air to circulate freely. Good air circulation reduces the risk of disease. It is also much more difficult for weeds to germinate through it.

Another advantage is that the needles slightly acidify the soil. Hostas with such mulch have brighter-colored leaves. This is especially true for variegated varieties with yellow stripes on the leaves. In addition, after decomposition, the needles release nutrients into the soil.

There are several types of pine straw, the most common being straw with long needles and a mix of long and short needles. Different types of such mulch are suitable for different varieties of hosta.

Large varieties are best mulched with long-needle straw. The thickness of the mulch layer should be no more than 4-5 inches (10-12 cm). As in the first case, the needles should not be put on top of the crown.

Large hostas will look very original among large needles. Such mulch has a bright brown color, which will perfectly contrast with green and variegated varieties.

For medium and dwarf varieties, a mixture of different needles will be suitable. The thickness of such a layer of mulch should not exceed 2-3 inches (5-8 cm), and for miniature hostas even less.

Part of my hosta is mulched with Scots pine needles. They look great. Although the pine needles retain moisture, they also form an air cushion around the plants that retains heat. This makes it easier for hostas to survive the winter.

The disadvantage of pine needles is that they quickly lose their bright color. Straw from long needles is more durable and retains its decorativeness longer.

The next good mulch for hostas is pine bark. Its brown-gray color blends very harmoniously with the green leaves. Like other types of mulch, bark provides a comfortable soil for plants.

The peculiarity of this type of mulch is that it creates a serious obstacle to the growth of weeds. The more bark and the thicker its layer, the fewer weeds will grow. In addition, fungal diseases develop less under the bark than compared to other mulches.

Pine bark lasts the longest among all types of mulch (except stones). Depending on the type of pine, its bark can decompose for two years or even more. It should be renewed every two years.

There are fewer nutrients in the bark than in compost, for example. However, the bark still contains elements that will nourish your hostas.

Bark comes in different sizes. It is usually crushed into different fractions. In my opinion, the most beautiful are large pieces of bark, but they look beautiful only on large plants or on giant varieties of hosta.

For all other types of hosta, medium-sized pieces of pine bark (about 1 inch) are ideal. You should cover the entire surface around the hosta bushes with a 2-inch (5 cm) thick layer of mulch.

Another positive property of pine bark is that it slightly acidifies the soil during decomposition. This, as with pine needles, will make the color of the hosta leaves bright and contrasting.

Another mulch I recommend for growing hostas is shredded hardwood bark. This is shredded pieces of bark that are taken from oak trees and shredded on special machines.

Like the previous types of mulch, shredded hardwood bark keeps the soil from drying out too quickly, reduces weeds, and allows more heat to remain in the ground.

The decomposition period of this bark is quite long, so you won’t have to renew it too often. This is its advantage over the compost.

For shredded hardwood bark, a layer of 2 to 3 inches thick is enough. Don’t put too much mulch near the stems. Otherwise, there will be too much moisture and diseases may develop. For the same reason, do not pour bark over the bush.

Against the dark brown, the almost black color of the oak bark, the green leaves of the hosta look stunning, especially after rain. So in addition to its nutritional value, shredded hardwood bark has high decorative qualities.

As in the previous case, I recommend choosing bark only from good sellers, because only responsible producers can provide a quality and clean product.

Read more: How Do You Mulch Hostas?