You have to mulch your hosta if you want to succeed in growing them. Hostas like mulch because it has many advantages. 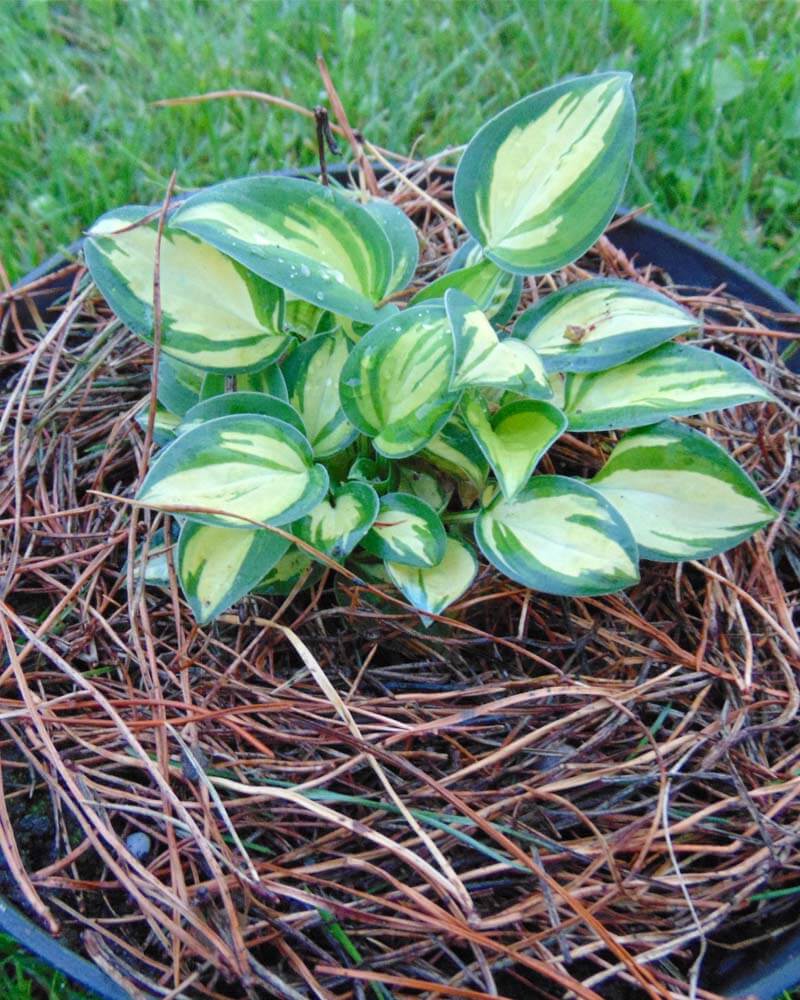 The first thing you should pay attention to is the mulching material. It is best to use organic matter such as pine needles, pine bark nuggets, or compost.

Depending on the type of mulch, the thickness of the layer and the life span will vary. For more information, see the article What kind of mulch is best for hostas?

What you don’t want to do is mulch your hosta with inorganic mulch, such as shredded tires. In addition to the nasty smell, such mulch can do considerable harm to your plants.

Be sure to check the quality of the mulching material. Read all the reviews about the suppliers and give preference to the best one.

The best time to mulch a hosta is late fall. Just after the leaves and petioles have died off, remove them and mulch the hosta. This will give the hosta more comfortable overwintering.

In general, you can mulch your hosta whenever it is convenient for you. You can even do it in winter or summer.

However, it is best if you mulch the hosta immediately after planting. In this case, it will be easier for the hosta to survive planting and the stress will be minimal as the mulch will reduce the heat and drying out of the soil.

Mulch the area under the hosta to the width that its leaves extend. As a result, you should have a circle of mulch with a diameter equal to the width of the hosta.

The mulch layer should be about 2 inches thick. However, this depends on the type of mulching material. For example, a layer of pine needle mulch can be 3 to 4 inches thick.

Make sure there is a gap of at least 1 inch between the leaf petioles and the mulch. Do not bury the petioles in the mulch, that is, do not use what is called volcano mulching. Otherwise, your hosta can get crown rot or petiole rot.

Renew the mulch when it is completely decomposed. For example, pine needles won’t last more than a year, so you should replace them once or twice a year. At the same time, pine bark has a much longer life span.

Mulch doesn’t hurt the hosta. If you mulch your hosta properly and use quality materials, your hosta will thrive.

However, there are times when mulch can do more harm than good.

First, if you use poor-quality organic mulch. I mean poor quality compost that is made without proper air access. This creates an aggressive substance that can damage the hosta.

To avoid this, buy only quality compost from a proven and reliable manufacturer.

The second case where mulch can be harmful is when the mulch is artificial. This includes shredded car tires, and shredded wood that has already been used in construction or the furniture industry. Do not use these materials near your hostas under any circumstances.

Finally, improper mulching can kill the hosta. If you bury the stems deep into the mulch, the crown will rot and the plant will die. To avoid this, always keep at least 1 inch of distance between the mulch and the stems.

Can you mulch over hostas?

You cannot mulch over the hosta as this can lead to crown rot. The mulch will trap too much moisture in the crown and stem area, which can lead to rotting.

The only time you can put mulch over a hosta is in the winter. This is so that the hosta can overwinter more comfortably.

You should do this when the hosta has already lost its leaves, that is, in late fall. Put some mulch where there are dormant buds.

However, the thickness of the mulch layer should not be more than 1 inch. Also, in early spring, you should be sure to clean the mulch off the top of the hosta to make room for the young shoots.

Will hostas grow through mulch? 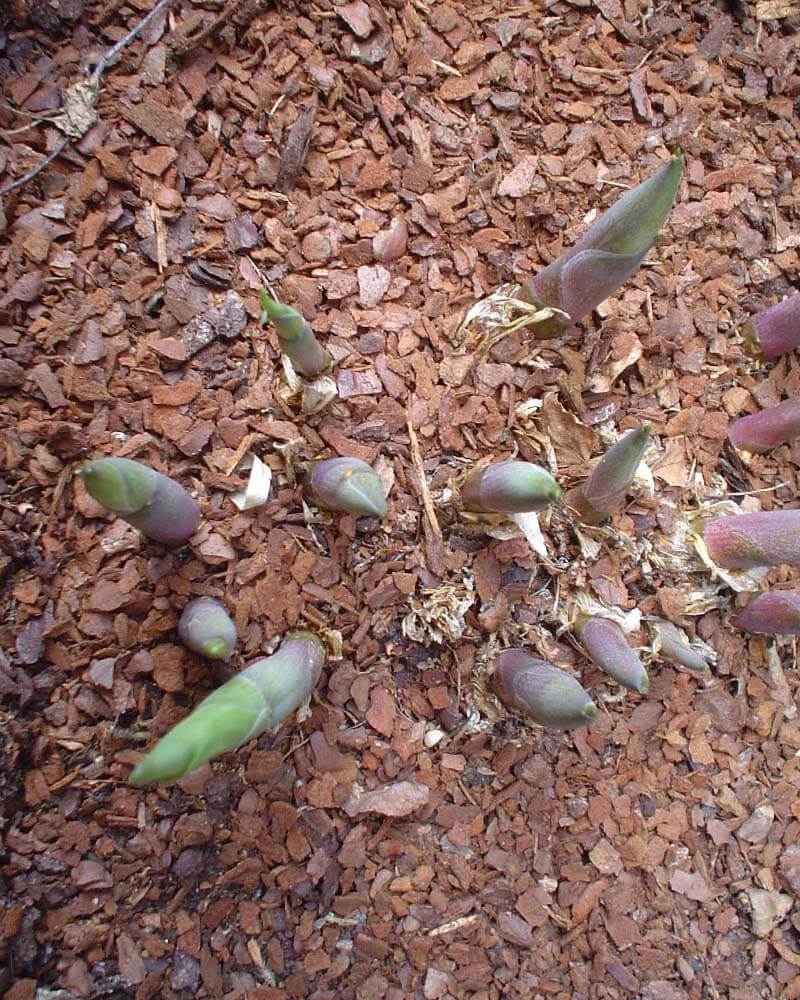 Hostas will grow through mulch if the mulch layer is no thicker than 2-3 inches. However, do not assume that this is good for its growth.

If the mulch is over the crown of the hosta, it can cause crown rot. This can lead to the loss of the plant.

But even if the crown does not rot and shoots emerge from it, this is not good either. Over time, leaves with petioles will form and if the petioles are partially buried in the mulch, petiole rot may occur.

If the mulch layer is thicker than 4 inches, the hosta may never grow through it. The plant will just die and you won’t even see it.

Is cypress mulch good for hostas?

Cypress mulch is good for hostas. Not the best but still suitable for growing these plants. It has some disadvantages and some advantages.

The undoubted advantage of cypress mulch is that it is organic. It is able to protect the soil from overheating and rapid drying.

In addition, cypress mulch will nourish the plants around it by decomposing. Its smell repels pests and prevents damage to the hosta.

The disadvantages are that cypress mulch fibers can take up quite a lot of water for a long time. As a result, you will have to spend extra water during irrigation to wet the mulch.

Hostas like wood chips because this mulch has the same qualities as most other mulching materials. Wood chips are good at preventing weed growth and provide fairly slow drying of the soil.

In addition, wood chips are usually made from fresh wood. This ensures a long enough service life and no negative effects. 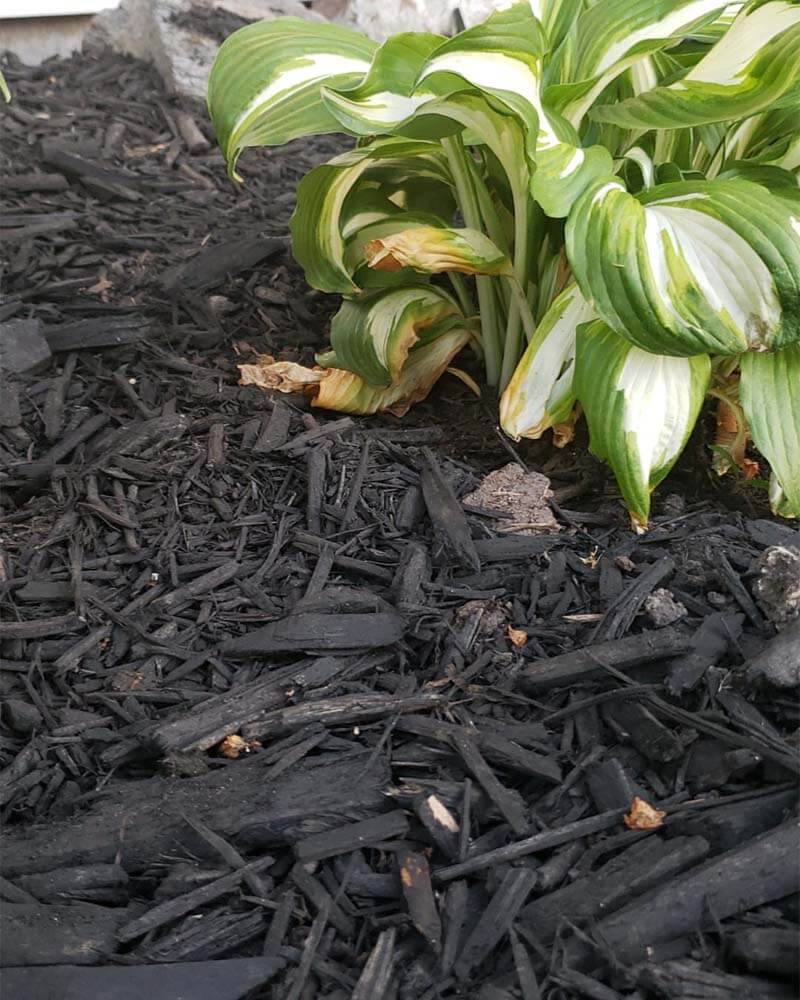 Black dead mulch is totally unsuitable for growing hostas. If you do not want your plants to suffer, do not use this kind of mulch under any circumstances.

The fact is that the black color causes strong heating of the mulch and the hosta root system will not be comfortable. In addition, the black paint will eventually wash off and the mulch will not look good.

Black dead mulch is usually made from the wood of old ruined houses. Such wood is soaked in various chemicals that can severely damage the stems and roots of the hosta.

And lastly, such mulch is very prone to mold. It can also do a lot of damage to the hosta.