Success in growing a hosta depends on many factors, one of which is planting time. If you make a mistake, the consequences can be unpleasant.

The best time to plant hostas is in the spring. This is when the weather is most favorable for planting, and you can be sure that if you plant a hosta at this time, the result will be positive.

I also have a lot of other information on this topic that I want to share with you. This is what will be discussed below. Don’t forget to read the article on How to Grow Hostas Properly. 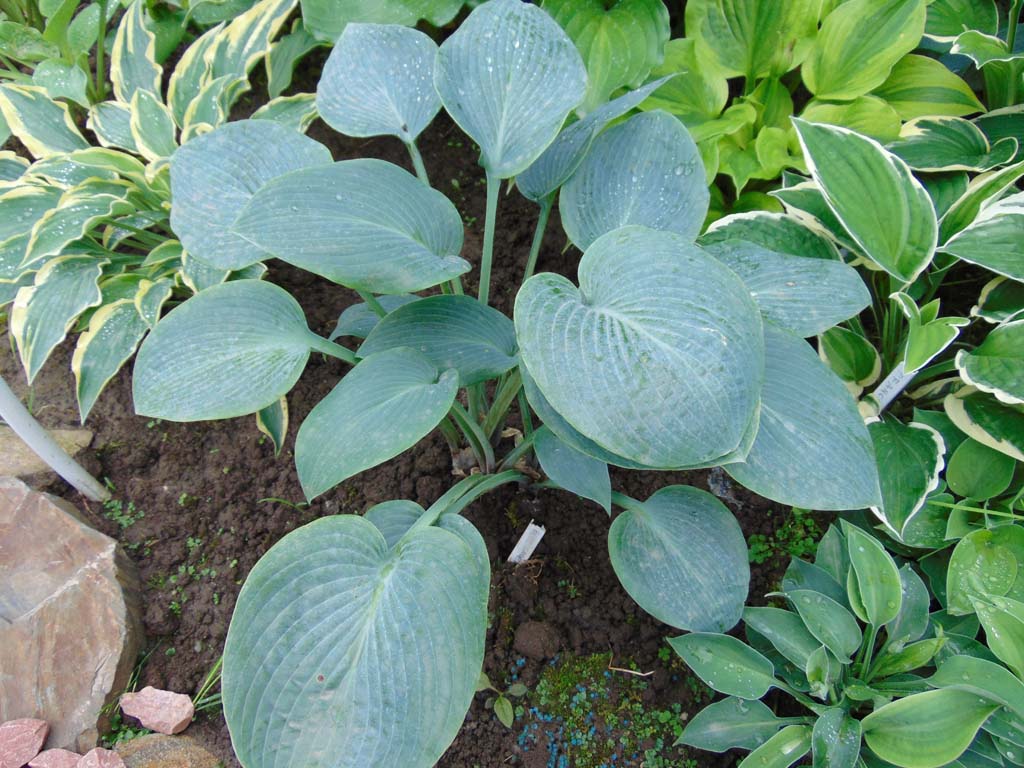 Spring planting for different climate zones will vary in timing. For the northern United States (hardiness zones 3-5), the last frost may come in the first half of May. This means that plants should not be planted much earlier than this.

Late April to early May is the best month for these areas. The main thing here is to make sure the hosta doesn’t start growing vigorously.

If you planted in late April and then a brief frost hits, that’s okay. The hosta can survive a short-term drop in temperature.

However, if you plant the plant in early March and a week (or more) later a frost hits, there could be problems.

For warmer states (hardiness zones 6-8), the last frost may come in the first half of April. So I don’t recommend planting earlier than the second half of March, and it’s best to do it in April.

First, the weather is milder in the fall, the sun is not as harsh, and the plant will feel better in the first few weeks in its new location.

Also, there is usually enough rainfall at this time, so you won’t have to worry about watering too often.

Second, the soil still retains the warmth of summer in the fall. As a result, you plant your hosta in an environment where the underground part of the plant gets more heat than the top. This causes the roots to grow vigorously and quickly.

However, you should have time to plant the hosta 30 days before the first frost.

In northern states in severe 3-4 zones, the first frost can hit in mid-September. Based on this, you should do the work in the second half of August or early September.

If an early frost hits, it’s not critical. The plant will continue to root even after the frost has receded. The main thing is to get the hosta rooted before the ground gets completely frozen.

In warmer climates (hardiness zones 5-8), the first frost may bother you in the second half of October. The best planting period in this zone would be mid-September. You can plant in late September as well, but don’t wait too long.

Summer is not the best time to plant a hosta

Summer is not a good time to plant a hosta compared to spring. The exception may be early or late summer.

However, if for some reason you don’t have another time, you can try planting in the summer. The plant will most likely take root, although it will be more difficult.

It is almost certain that the hosta will wilt for a short period of time. So try to avoid too hot weather and shade it.

It will also be good if you moisten the leaves for the first few weeks so that the plant loses less moisture.

Experienced gardeners cut back a few large leaves, and this reduces the amount of moisture the hosta evaporates. As a result, you can avoid wilting.

If the plant has formed flower stalks and is starting to bloom, cut them back. Flowering takes a lot of energy, which is better spent on root formation.

In the worst case, the leaves and stems will wither completely, but the rhizome will remain alive. The plant will recover for some time and will be fine in the end.

Avoid transplanting a hosta in the winter

Planting a hosta in the winter is the worst idea imaginable. But even here, there’s something to be said about it.

In warm climates where the ground freezes for short periods, some gardeners plant hostas in the winter. In some cases, it makes sense. I myself have planted these plants several times in late winter.

In most cases, it has ended well. Sure, the plants may have been a little stunted, but the overall result was positive.

From all of the above, it can be concluded that winter planting can sometimes be successful, but if possible avoid it.

When planting a hosta, you need to consider weather factors. It is best to choose a cloudy and humid day. Under these conditions, the hosta will lose less moisture and take root better.

Mornings or evenings are preferable to mid-day. This is because the air is usually warmest in the middle of the day, which will cause the leaves to evaporate too much water.

If the weather is dry and sunny, water the hosta 1-2 days before planting. Also, after planting, shade the hosta with shade netting or a garden umbrella for a few weeks.