The beautiful needles of the Blue Spruce are not only the object of desire for many homeowners but also a target for various parasitic organisms.

The main reason why Blue Spruce turns brown is the Rhizosphaera needle cast disease. To cure Blue Spruce, remove any damaged parts along with the fallen needles and spray with copper fungicide several times.

Unfortunately, the disease is not the only cause of needle discoloration, you will learn more about all the causes and what to do about it below. Also, be sure to read the Colorado Spruce Grower’s Guide to avoid problems in the future.

Rhizosphaera needle cast is a fungal disease. The spores of this disease can get on your spruce from other spruce trees that grow nearby and are not cared for by anyone.

When the pathogen gets on the needles, it begins to germinate and the needles die. The disease spreads most strongly in humid and warm weather. Poor air exchange around the spruce also contributes to its development. 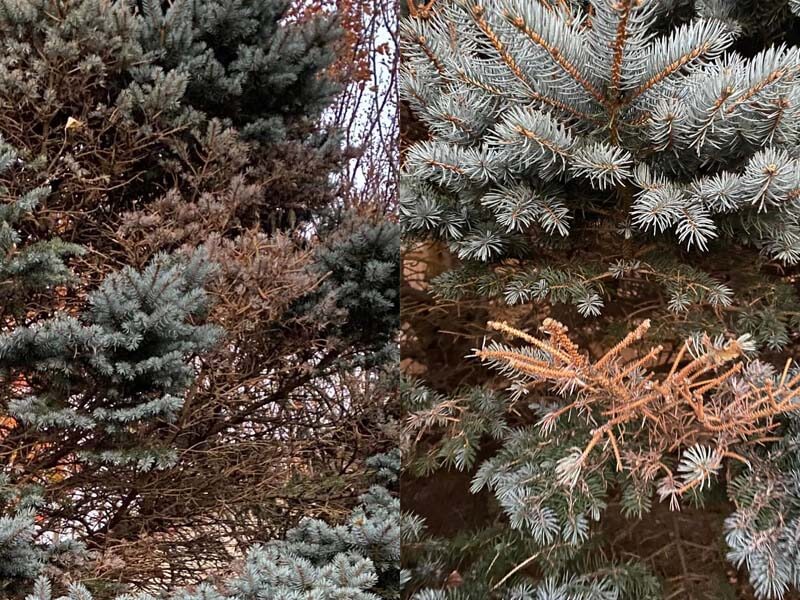 Cooley Spruce Adelgid are pests of Blue Spruce. These insects have a rather complicated life cycle and need two hosts.

The female lays eggs near dormant buds in spring. When young branches emerge from their buds, the larvae have already hatched by this time and start to feed on young needles. Next, the larva penetrates the young growth and gall begins to form.

The larva feeds on the branch from within and eventually, the gall will shrivel up and turn brown. 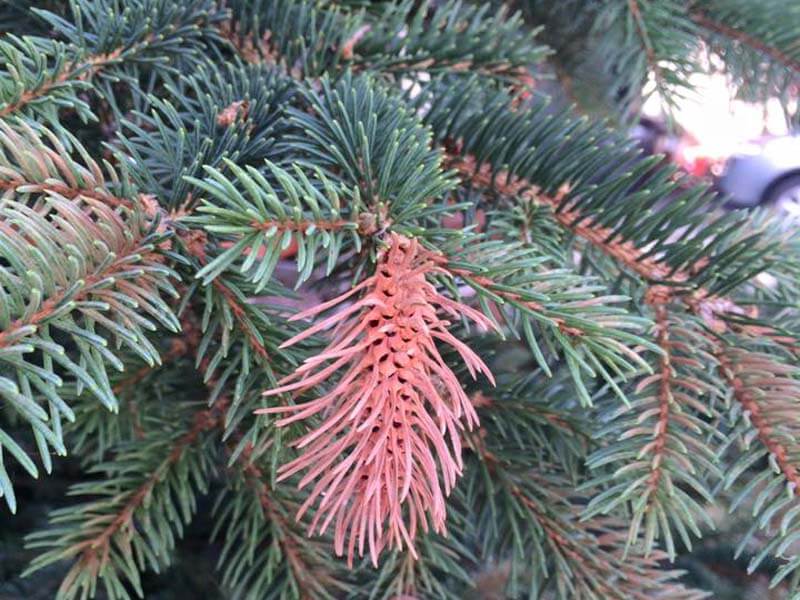 The next cause of needle discoloration is mites. These are tiny creatures that parasitize on needles and branches by sucking their sap.

They are most active in dry, warm weather. They can stay on a plant for a long time without being noticed, but as soon as favorable weather arrives, their population quickly increases.

The needles turn brown much slower than in the case of disease, so the mites are not immediately noticed. 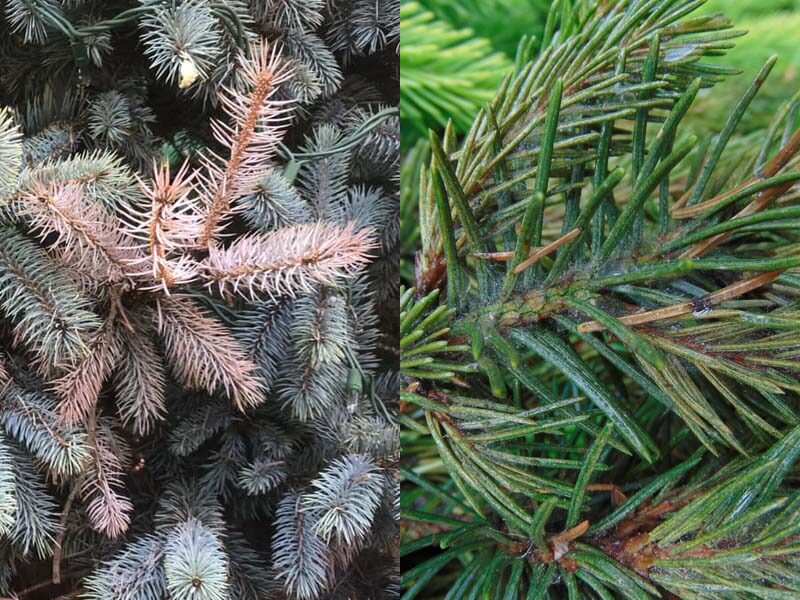 When young shoots begin to grow the grubs penetrate into them and feed on young tissues making tunnels. As a result, the current year’s shoots droop downward. After some time, they shrivel up and turn brown along with the needles. 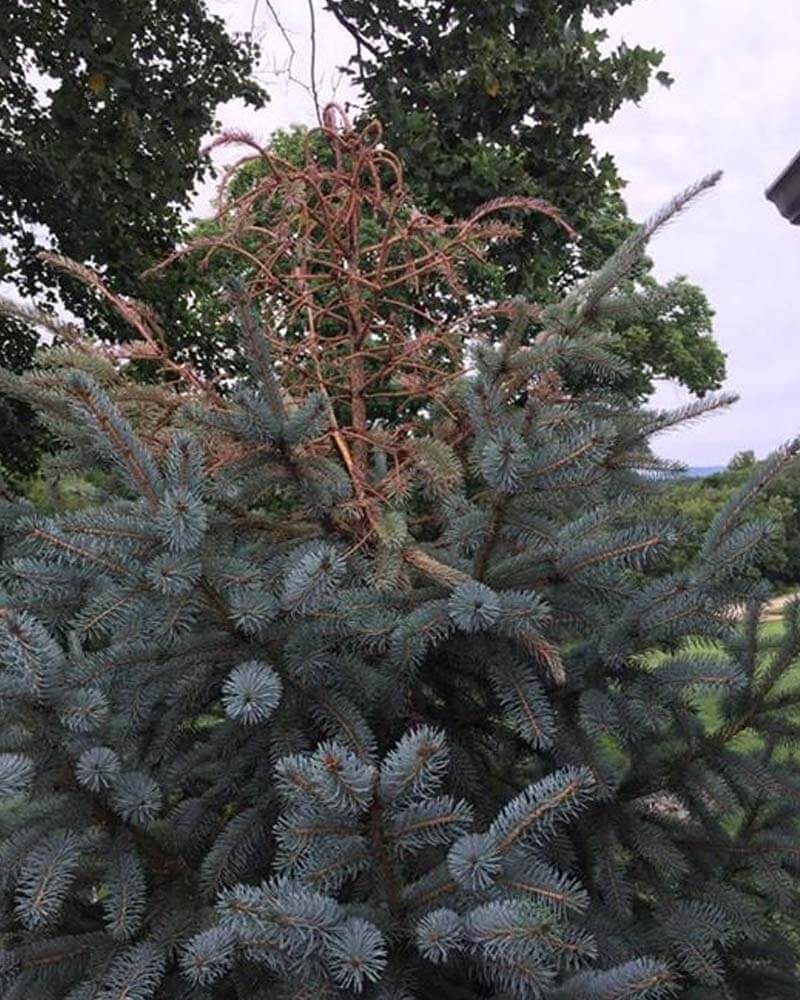 After planting or transplanting a Blue Spruce, the needles may change color to brown. If you planted at the wrong time (summer), the roots may not provide the needles with enough water and they will change color.

Also, if you move the spruce to a new location, you will change the sun exposure. As a result, it may get more sunlight and get a little burnt. Although the Blue Spruce can withstand full sun, sudden changes in light can cause damage to the needles.