The sun is the source of life for all plants on earth. However, not all plants are affected by the sun in the same way. Some plants can tolerate the sun in the desert all day, while others spend their entire lives in a dark place.

Blue spruce needs at least six hours of direct sun a day. Then you can count on beautiful blue needles and a thick, lush crown. In addition, with enough light, the Blue Spruce will be much healthier and more vigorous.

This is a brief description of Blue Spruce’s sunlight requirements. Later in this article, I will give you as much detail as possible about all the sun exposure options and how this plant responds to them. Be sure to read the main article Growing Colorado Blue Spruce. 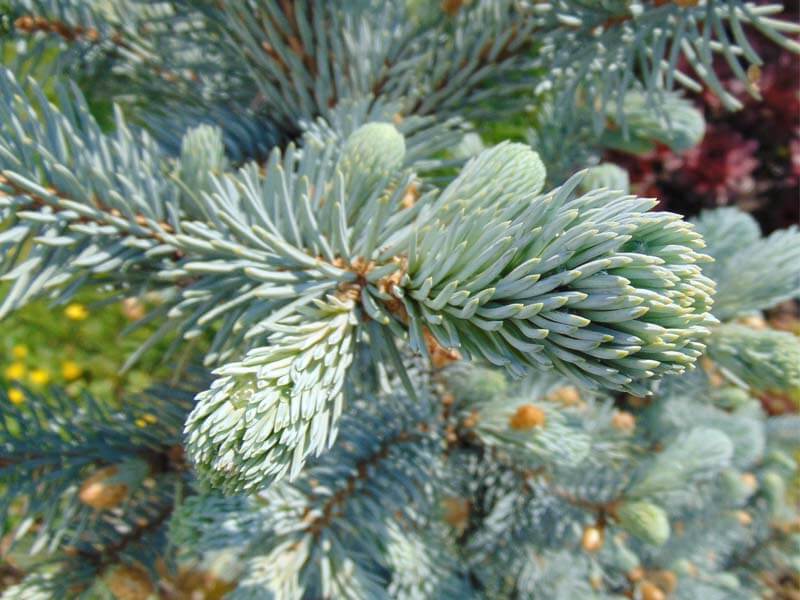 Blue spruce in the full sun.

Blue spruce needs 6 hours of direct sun per day, this is a general recommendation. But in zone 7 or even zone 6 the sun is more intense so 4-5 hours may be enough here.

The rest of the time it can remain in shade or dappled sun. Such a sunny exposure for the south is optimal to avoid overheating of the soil around the root system and this is especially true for the spruces growing in urban areas.

One can definitely say that in the north the Blue Spruce needs as much sun as possible. In this region, the climate is colder and the spruce has a shorter growing season. Accordingly, the more hours of direct sun it gets, the larger it will be.

It can also easily grow in full sun all day regardless of the zone. In this case, the needles will be bluer as they will have more wax coating (protection from the sun). Also, the crown will be more branched and the branches will be thicker and longer.

Despite the fact that Blue Spruce can tolerate full sun, there are situations in which there may be too much sun.

This is especially true for newly planted spruces. The sun can harm them if you planted them in the summer. In this case, the spruce will get a lot of sun exposure when it is not yet rooted.

As a result, the plant will not have time to deliver water to the needles and will discolor. In the worst case, you can lose it.

The sun can also be a serious problem if the root system is severely damaged during transplanting. This can even happen if you are transplanted in early spring. The roots will simply not recover by summer and the spruce will die from lack of water. In this case, regular watering will not help much.

In both cases, there is a universal recommendation to install artificial shade over the spruce. This can be a simple garden umbrella or a more sophisticated frame with shade netting. The shading netting should filter at least 50% of the sun’s rays.

The shade should remain for at least a few weeks or even until the end of the season if the sun is strong and the roots have been significantly damaged. 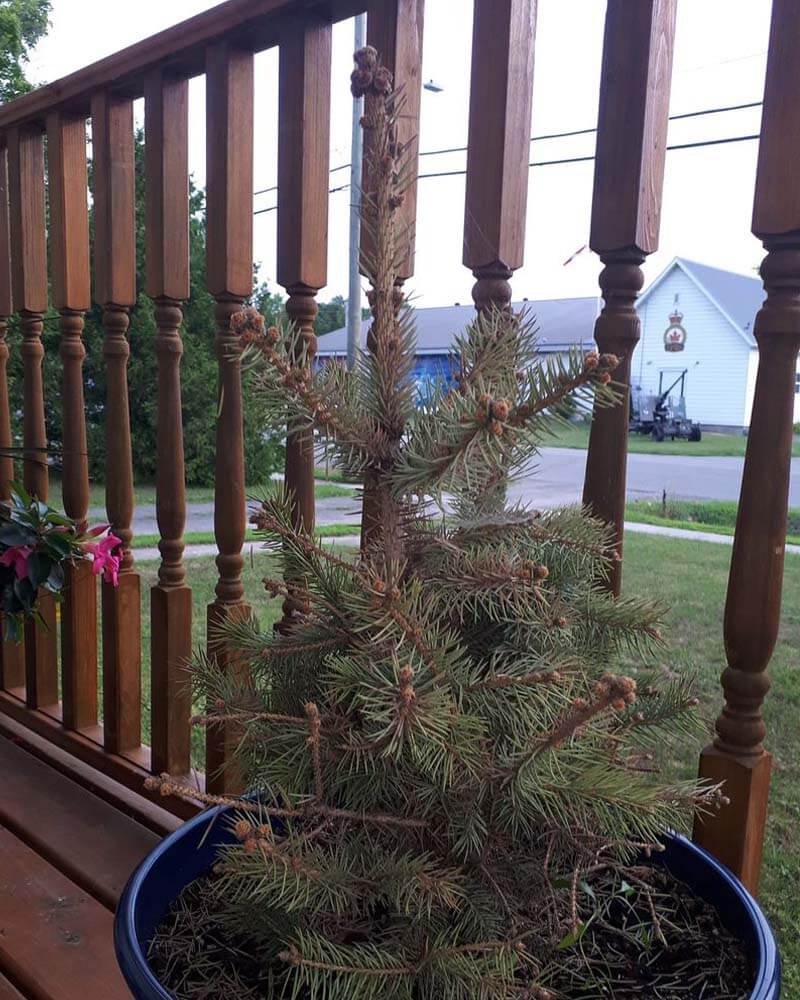 The second case where the full sun can be harmful is when growing Blue Spruce in a pot. This is a very inappropriate practice because Blue Spruce is a large plant and is not comfortable in a container.

If you place a container of Blue Spruce in full sun, the potting soil will get very hot and dry out. As a result, at best the needles will turn brown, and at worst the spruce will die.

To avoid this, place the pot with the spruce in the semi-shade. It’s best to give it no more than six hours of sun in the morning and then keep it in the shade.

If Blue Spruce does not get enough direct sunlight, its growth rate will be slower. Also, the crown will be looser, i.e. the number of branches will be less. In addition, the color of the needles will not be as bright as in the sun.

If you can not provide more light you can partially solve the problem with fertilizer. Apply a slow-release fertilizer in early spring. Also, mulch the spruce with nutrient compost. You can also fertilize with a fast-acting fertilizer 1-2 times a year.

Blue Spruce will not grow normally in full shade. First, the shape of the crown will not be regular, the young branches will grow in the direction from which there is more light. The crown will be very poor and airy.

In addition, in full shade, the spruce will be much more susceptible to fungal diseases. Also, pests will bother it more, and sooner or later it will die.

To fix this you definitely need to transplant the spruce to a sunnier location. Do this only in early spring or fall and don’t damage the roots.