The small plants are very cute and this is especially true of the conifers. But even if a plant is considered a dwarf, it’s not always a dwarf. Very often dwarfs grow to quite large sizes and today you will learn what to do about it.

To keep the Dwarf Alberta Spruce small, cut it back every year in early summer. Also avoid any fertilizers, especially organic ones. In addition, stop watering the spruce.

I will tell you more about each of these steps below. As a result, you will have beautiful and compact Alberta spruce in your yard. 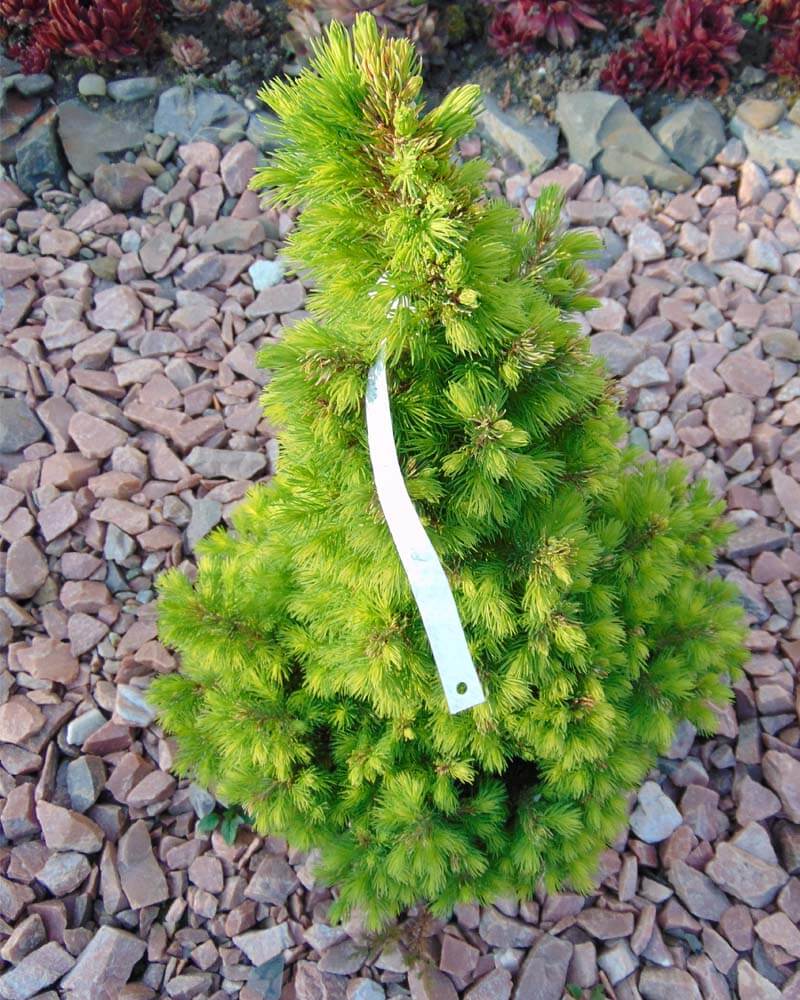 The first thing to do to keep Dwarf Alberta Spruce compact is to prune it every year. The best time to do this is May-June. Depending on the climate zone, the shoots on spruce reach their maximum length around this time.

You want to cut them back when they have grown to their full length but are not yet mature. This way the wounds will heal much more quickly and the spruce will develop many more buds.

First, cut the top off because the spruce usually has a long central shoot that makes it elongated. Cut it back to where there are some side shoots. In a year or two, a new central shoot will grow and you will have to cut it again.

Next, look at the tree silhouette and see which branches are pushing out too much. Cut them off by making precise cuts using bypass pruners.

If necessary, reduce the diameter of the crown in a circle with an electric trimmer or shears.

You can also raise the crown a bit if you need to. This can be done by trimming the bottom tier of branches with loppers.

Do not cut more than 30% of the crown in one year. If you need to significantly reduce the size of Dwarf Alberta Spruce, do this gradually over a period of 2-4 years.

Reduce watering to a minimum

To get a lush crown you need to water Dwarf Alberta Spruce. But in our case the goal is quite different, you need to reduce the rate of growth. To do this you have to keep watering to a minimum.

Do not water Dwarf Alberta Spruce at all, even in summer drought and heat. If the tree is well established, it can survive quite harsh conditions.

In the summer heat, the spruce will stagnate and may even change the color of the needles a bit, but nothing critical will happen to it.

The same applies to fall watering. If you don’t water it in the fall, the growth will be shorter than usual in the spring.

The only exception to these recommendations is a newly planted spruce. It should be watered for the first year or two. Otherwise, if it does not take root, it may not survive a severe drought.

Do not fertilize Dwarf Alberta Spruce

And the last thing you don’t want to do is fertilize Dwarf Alberta Spruce. Otherwise, the growth will speed up and you will have difficulty keeping it small.

The tree is able to extract all the necessary elements from the soil in the right amounts on its own. By fertilizing you encourage it to grow faster and have longer growth.

If you don’t fertilize, it will grow normally. If the soil is poor, it may grow even less than usual.

When we say not to fertilize, we mean not to fertilize not only with mineral fertilizers but also with organic matter. Never put compost in the planting hole as it will stimulate rapid growth.

If you have to mulch spruce, do it with pine bark. Avoid mulching with compost or other nutrient material.