Dwarf Alberta Spruce is an ideal plant for compact areas. We don’t need to do anything to achieve this because it grows slowly and is small in size. But sometimes we need to correct its shape.

Prune Dwarf Alberta Spruce in early summer, no more than two-thirds the length of the young shoots. Use sterile and sharp tools from a quality manufacturer.

When to prune Dwarf Alberta Spruce?

The best time to prune Dwarf Alberta Spruce is early summer. To be precise, you should cut it when the young shoots have reached their maximum length (2-4 inches), but are not yet fully mature.

That way extra buds will form on the young shoots and you will get thicker spruce next year.

When it comes to weather, it’s best to choose a dry but not sunny day. As a result, the wounds will dry out quickly. Wet weather is bad because the wounds will remain open, which can lead to the infection of the spruce.

Avoid trimming your Picea glauca Conica in hot, sunny weather in the middle of summer. Because through the wounds, the shoots can quickly lose a lot of moisture and dry out completely. Also, in this case, the number of buds will be lower and the crown will be less lush next year.

It is also not a good idea to trim spruce in autumn and winter because the wounds will remain open until spring. As a result, diseases such as trunk rot can happen.

Dead branches can be removed at any time of year.

The first rule of pruning is not to shorten the young shoots by more than two-thirds their length. If you remove more than that, the shoot may not have any buds left and will die off over time.

As I wrote above, you can remove dead branches whenever you want. But only if you leave at least half an inch of deadwood on the tree.

In other words, don’t cut the dead branch where it joins the live branch. Leave half an inch of dead branch and then cut it off. Otherwise, you will create a big wound that will take a long time to heal.

There are several different types of pruning that we will talk about below. But in general, you can prune Dwarf Alberta Spruce however you like. The main thing is to stick to the rules described here and you will be fine. 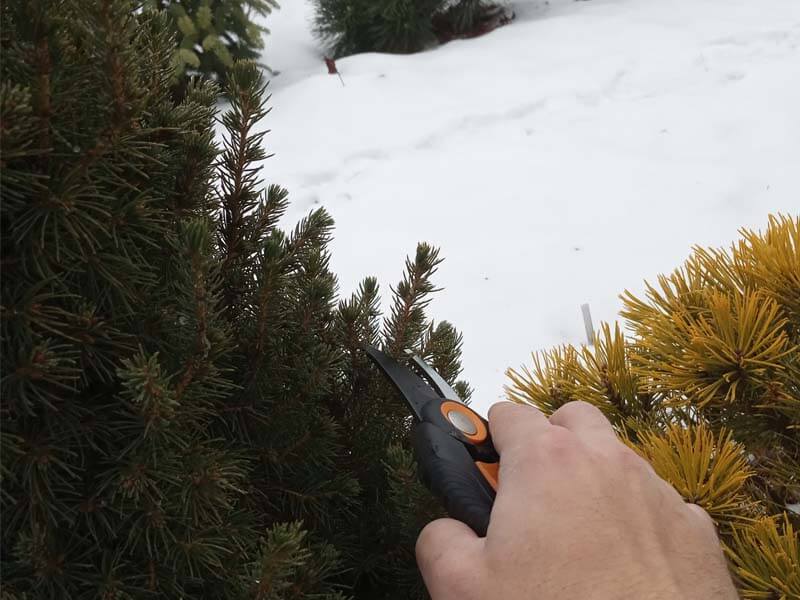 Can you shape a Dwarf Alberta Spruce?

You can shape Dwarf Alberta Spruce however you want. As long as you do not remove more than 30% of the crown in one year. Otherwise, the spruce can become very stressed and die.

Remember that shaping spruce is a long process that can take several years. So be patient and do it gradually.

Suppose you want to give the spruce a more regular shape. What I mean is that the young shoots sometimes grow sideways and the spruce loses its right conical shape. In this case, look at the crown in silhouette and shorten those shoots that protrude beyond the cone line.

You can also trim the spruce into a spherical shape. Although other varieties such as Picea glauca Alberta Globe are better suited for this purpose.

Can you trim the top of a Dwarf Alberta Spruce?

You can trim the top of Dwarf Alberta Spruce and it’s good practice. The central branch always grows upright and is usually longer than the side branches. This makes the spruce look elongated.

In addition, near the central top branch, there are usually several competing branches that tend to take its place. By cutting them all you will give the spruce a more regular conical shape. The tree will also grow a little slower and be fuller.

When trimming the top you do not have to follow the recommendation to only cut two-thirds of the branch length. Cut it as high as you want it to go. Over time the spruce will create a new axial vertical branch and all will be well, its conical shape will not be affected. 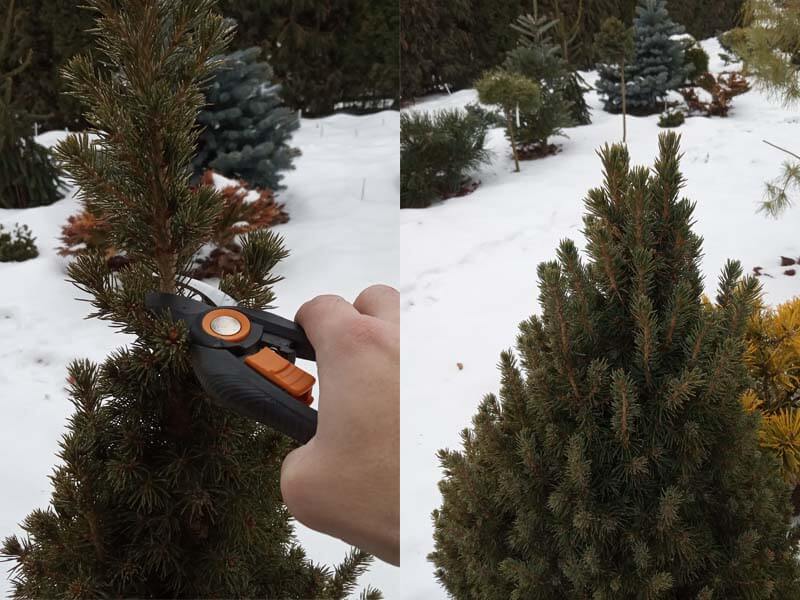 And the last type of pruning is the removal of the lower part of the crown. Over time, when Dwarf Alberta Spruce reaches a large size, it is necessary to reduce its diameter.

This often happens if it is planted near a path or close to a building. Also, some gardeners want to make room under the tree to grow shade-loving plants.

If you need to you can remove the lower tier of branches of Dwarf Alberta Spruce. This will raise the crown four to eight inches above the ground.

Of course, it will have an unusual appearance and some people think this is strange. But this gives you more room for the plants and is especially handy in very compact areas.

Remove the lower branches in early spring so the spruce has time to heal for winter. Use loppers to cut off thick branches. Make the cut as close to the trunk as possible without damaging it. 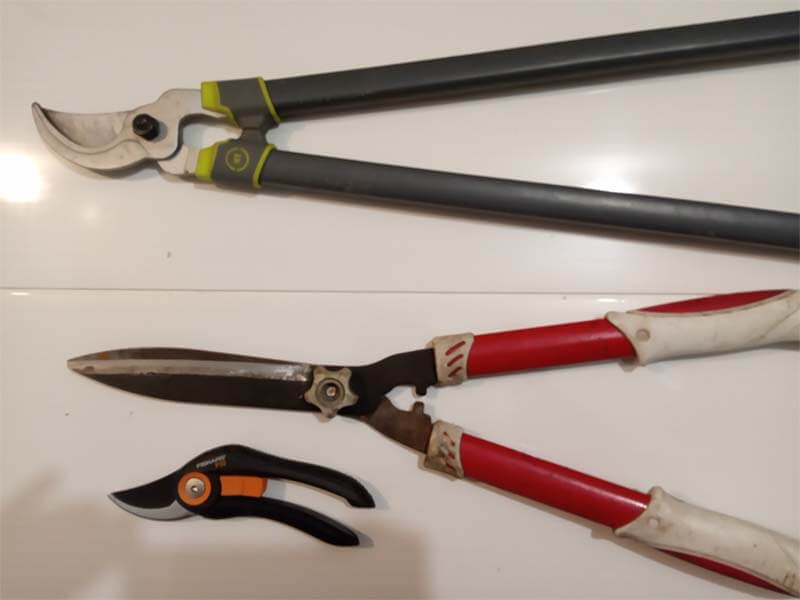 Most often when pruning Dwarf Alberta Spruce you will have to use bypass pruners. These are most useful for cutting the top or side branches if there are few branches. Bypass pruners allow you to make a more accurate pruning even though it takes more time.

The second tool is a shears. They are very handy for shaping a large plant. You can cut more branches with this tool, but the cuts will be less neat. There is also a risk that you will remove extra branches with it.

The third type of tool is the loppers. With these, you will remove thick branches or the top of the spruce if it is thick.

You can also use different electric trimmers. They are very handy and work quickly, especially the wireless ones. Sometimes you can get even better results with them.

Sharpen your tools before you work so that the cuts are straight and neat. The more accurate the cut, the faster it will heal. Also, be sure to disinfect the tools to prevent infection of the spruce.

If you pay a little attention to your plant after pruning it will be very grateful.

The first thing to do is to spray the spruce with an aqueous solution of fungicide. This is to keep it safe from disease. Very often after pruning, the plant can become infected with bacteria or fungus. If the plant has large wounds, moisten them with fungicide solution.

Secondly, do not water the spruce for a few days after pruning. The wounds should dry out and heal a bit. If it is wet during this time, the wounds will be open longer.

Avoid dressing spruce wounds after pruning. Most remedies will do more harm than good. The tree is able to heal on its own without outside intervention.