There are many different types of soil on our planet, but one of the most common is clay soil. Not all plants are equally tolerant of this soil.

Hostas can grow in clay soil as long as you improve it with organic matter. Simply put 1-2 buckets of soil conditioner in the planting hole and mix with the rest of the soil. Hostas will grow well in such improved clay soil.

Of course, this topic is more in-depth and needs to be explained in more detail. In the following chapters, you will learn all you need to know to succeed in this matter. 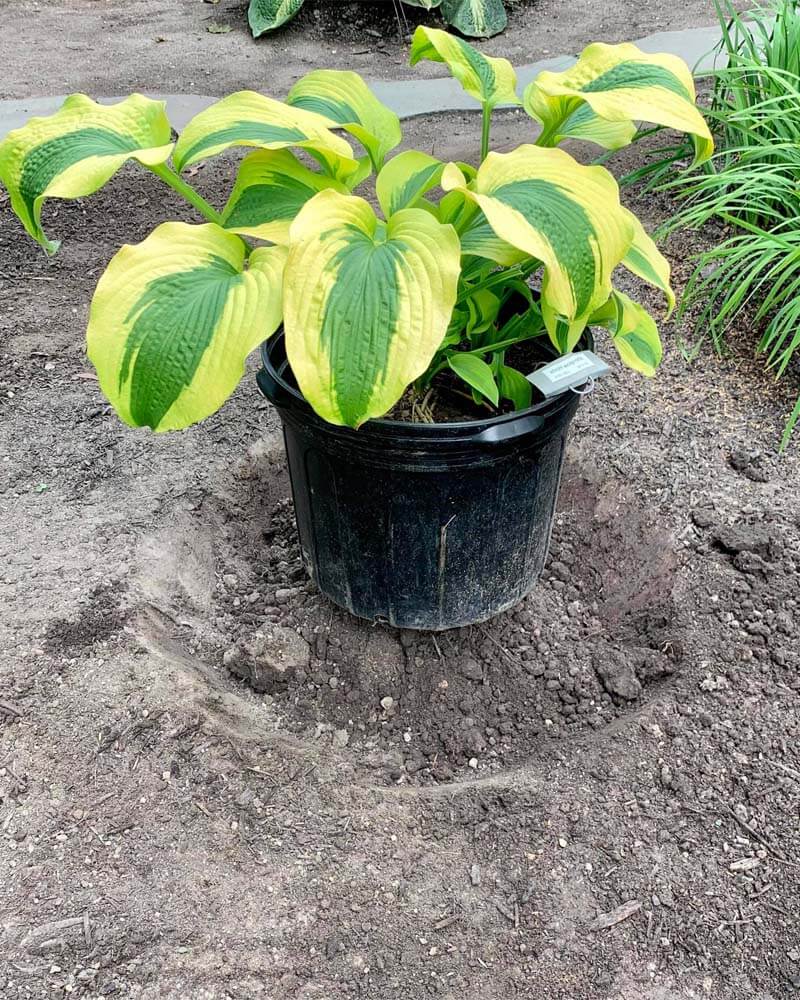 How to plant and grow hostas in clay soil?

Before planting a hosta in clay soil, you need to choose the right time and place for planting.

The best time to plant a hosta is early spring. Once the plant is out of hibernation and the ground has warmed up, you can plant. Another favorable period is the beginning of fall.

Plant the hosta in full shade as this is the most suitable location. The hosta can also grow in a location with a few hours of direct morning sun per day. 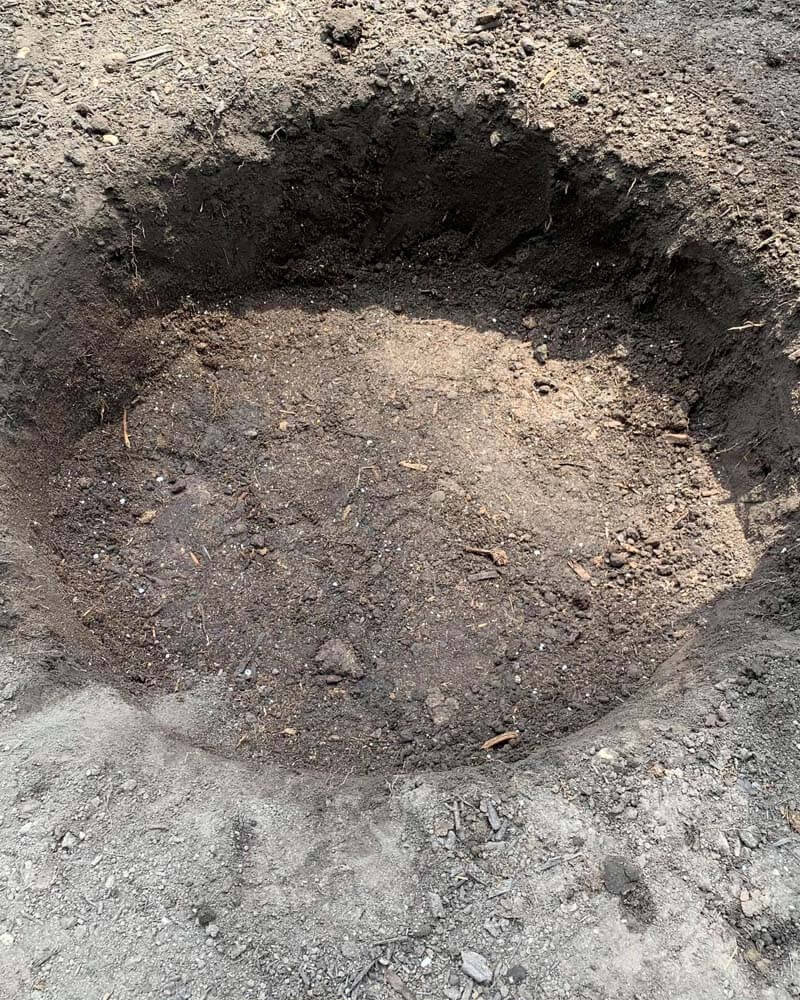 Dig a planting hole 2-3 times the size of the root ball.

This is to ensure that there is enough loose soil around the roots after planting. Dig the hole with a sharp shovel, use other tools if necessary because the soil may be heavy.

When the hole is ready, fill it one-third full with water and leave it. This is to keep the ground under the hosta moist in the first days after planting. Wait until the water has drained before proceeding to the next step. 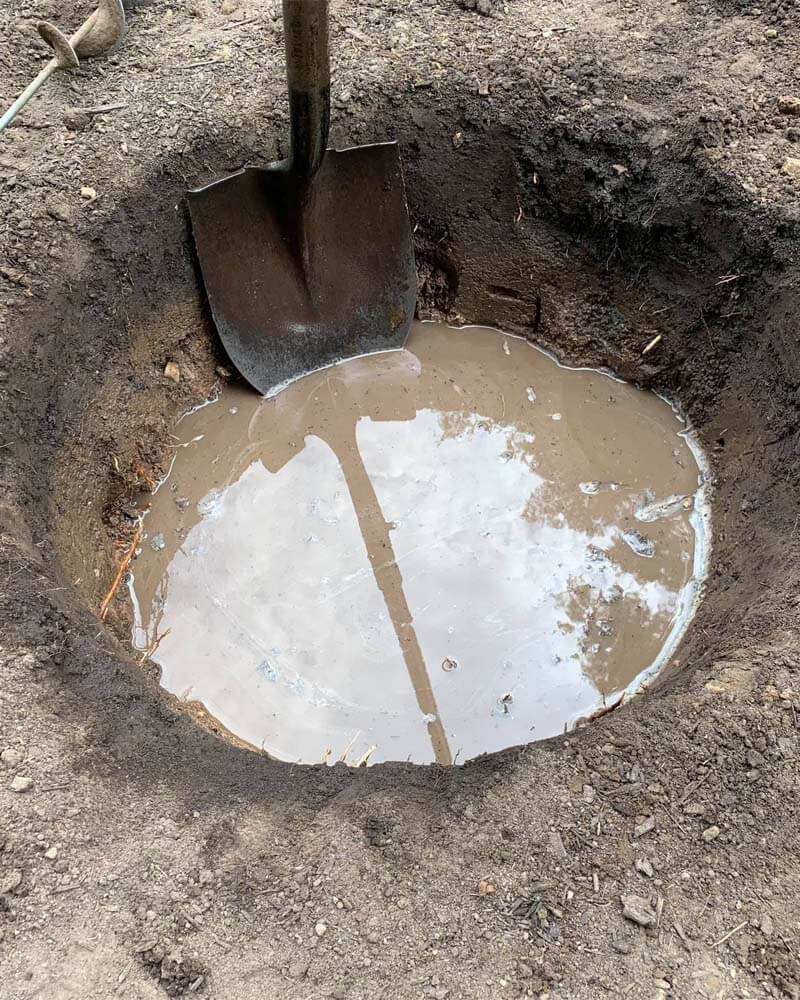 Water the hole before planting.

How to improve clay soil for hostas?

To improve clay soil for the hosta, use organic matter. Compost works better than other materials in this case. It makes the clay soil loose and light. The compost also adds nutrients to the clay.

You can also use soil conditioner or peat. All of these materials are good for improving the structure of native soil. The main thing is that they are of high quality.

Avoid improving clay soil with sand. Sand and clay together will work like cement. You will end up with an even heavier soil. Sand can only improve clay if there is a lot of it.

Pour 1-2 buckets of compost into the planting hole and mix everything in there. Add the same amount of compost to the soil you took out of the hole, then mix it well. That’s it, this is a great medium for growing hostas.

Place the hosta in the planting hole so that the joint between the petioles and the rhizome is at ground level. If the hosta is lower, place some of the prepared soil at the bottom of the hole.

Then fill in all the free space in the hole around the roots. As you place the hosta and fill the hole, be careful not to damage the roots. The better the roots are saved, the faster the hosta will grow. 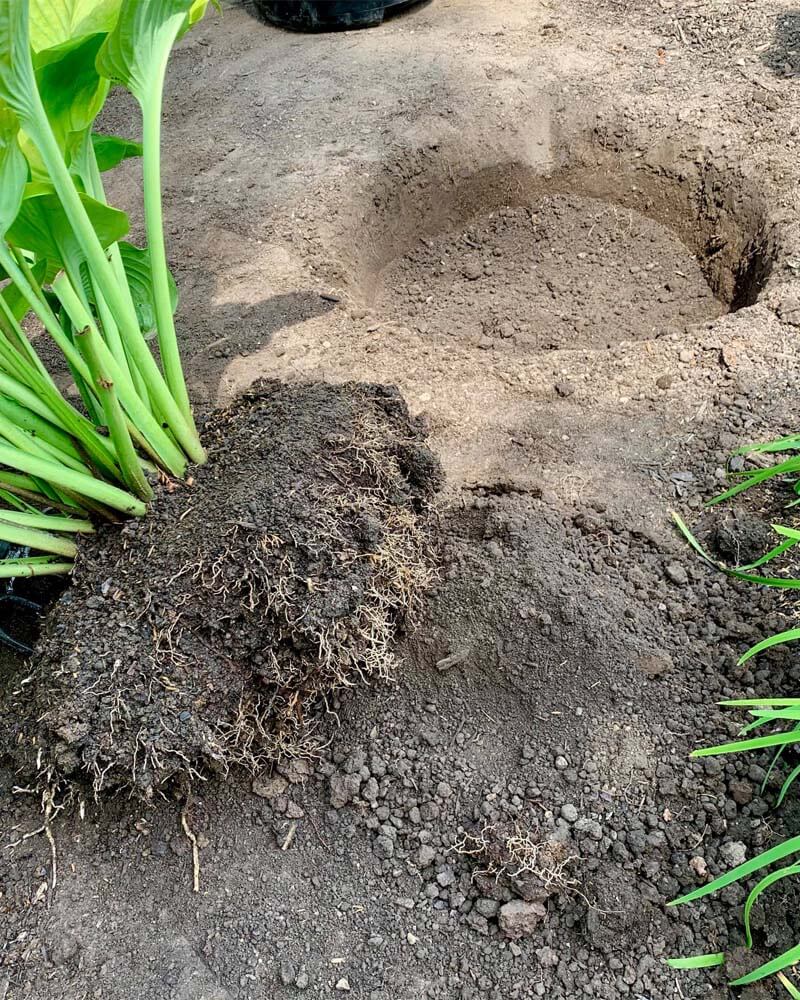 Place the hosta in the hole.

How do I water hostas in clay soil?

After you have planted the hosta, water it. Use about 1-2 gallons of water for medium-sized hostas. Give larger hostas 3 to 4 gallons. This amount of water should be used with each next watering. It is best to water slowly so that the soil absorbs the water.

Next, keep an eye on how moist the soil is. In the first year, water only if it is more than 1 inch dry. In subsequent years, water after the soil is 2 inches dry.

In general, clay soil dries out more slowly than other types of soil. So you will have to water noticeably less often.

Avoid watering on a schedule because you may overwater the soil. This can lead to root rot. Also, do not water hostas in the winter.

Do I need to fertilize my hosta in clay soil?

You definitely need to fertilize a hosta growing on clay soil in early spring. Use a slow-release multi-purpose fertilizer for this.

Such fertilizers usually have a balanced ratio of all the basic elements necessary for hosta development. Follow the recommendations on the label and do not exceed the rate.

One fertilization per year with slow-release granules is enough for normal hosta development. Avoid fertilizing late in the season with this type of fertilizer.

If you use a quick-acting fertilizer, apply it 2-3 times a season. Once in early spring and again in early summer. The last application should be no later than July.

Also, if you plant the hosta in a mixture of compost and native soil, it will be excellent organic nutrition. Organic and mineral fertilizers work well together and the hosta doesn’t need anything extra.

Should I mulch hostas growing in clay soil?

You should mulch your hostas if they are growing in clay soil. This will make the soil less compact. Also, the mulch will prevent the soil from drying out quickly and you will have to water less often as a result.

The best mulching material, in this case, is compost. Good quality compost can improve the structure of the soil and serve as a source of organic nutrition. In addition, a layer of mulch will prevent weeds from germinating.

Early in the season, mulch your hosta with a 2-3 inch thick layer of compost. Avoid mulching the leaf petioles of the hosta as this can lead to petiole rot. There should be a gap of about an inch between the mulch and the petioles.

About once a year, you should renew the mulch. Keep an eye on the compost, if it is completely decomposed, remove the rest and put in a new layer.

Issues with hostas in clay soil

The first problem that can happen to hostas in clay soil is overwatering. Because the clay dries out slowly, the hosta roots can begin to rot.

To avoid this, do not water the hosta until the soil around it is at least 1 inch dry. Also, do not plant the hosta close to a pond, stream, or where water runs off the roof.

The second problem is a lack of nutrition. The clay soil is quite poor, so the hosta needs constant nutrition. See above for the correct way to fertilize the hosta.

The last thing is that the clay soil is quite hard. As a result, it is difficult for the hosta to root through it. To fix this you need to improve the soil with organic matter.

Read more: How to Care for Hostas – A Basic Guide.

What to do with hostas if they are already planted in clay soil?

If your hosta is already growing in clay soil, you can transplant it to a new location. Dig it up carefully, damaging the roots as little as possible.

Then move the bush to a new location and plant it there. This time add organic matter to the soil as I described above.

You can also go another way and improve the soil without moving the hosta. Dig it out and place it to the side.

Dig a hole 2-3 times bigger in the same spot. Pour 1-2 or more buckets of compost in there, depending on its size. Then mix the compost with the native soil adding some granular fertilizer.

Place the hosta in that spot and fill in the void with the soil and compost mixture. Next, water the hosta and mulch the surface around it.

This is best done in early spring before the hosta has unfurled its leaves. You can also replant it in early fall. 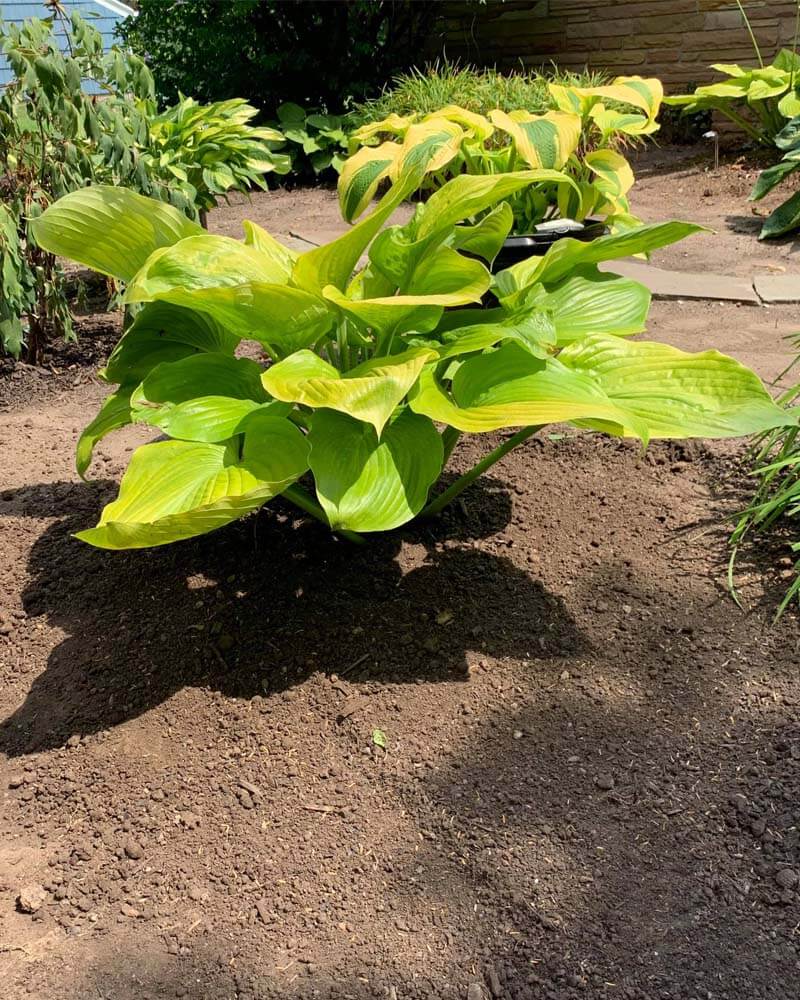 Large hostas feel best in clay soil. This is because the larger the hosta, the more energy it has and the stronger its root system. As a result, the roots are able to penetrate the heavy soil better.

This does not mean that medium-sized hostas cannot thrive in clay soil. If you improve the clay, even a 1-foot-wide hosta can grow there. However, larger varieties will grow much better in clay soil.

The most popular hostas for clay soil are: