Vegetative propagation is the most popular way to get new plants. But each type of plant has its own specifics about this process.

To divide a hosta, dig it up at least 8 inches from the stems. Using a saw or knife, cut the rhizome into 2 or 4 pieces. Each piece should have at least 3 eyes.

This is a quick reference on how to split a hosta and you will learn more about it further on. Also, be sure to check out the main article How to Care for Hostas? 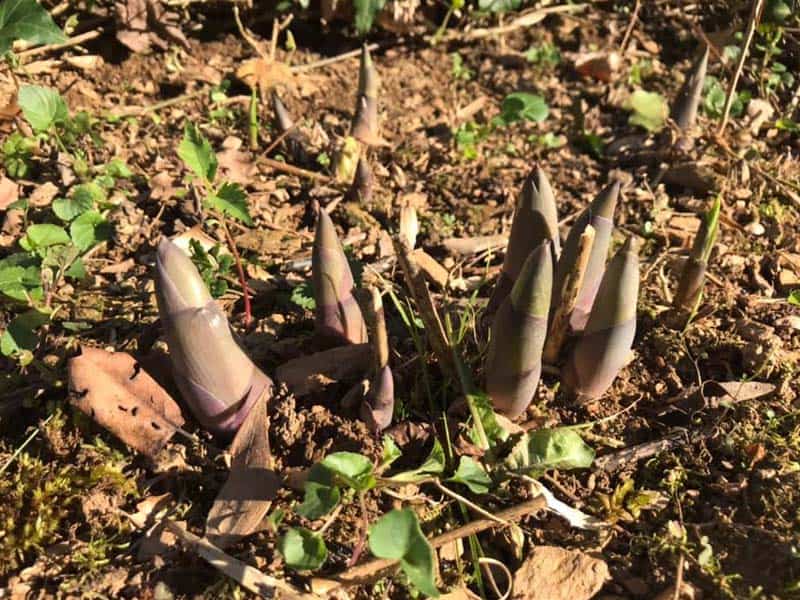 This hosta is ready to split.

The best time to divide a hosta is early spring. You need to catch the time when the hosta has already come out of hibernation and already appeared eyes, but the leaves have not yet begun to unfold.

If you divide the hosta at that time, the wounds will heal by the summer and you will have a complete plant by the end of the season.

The second best time is early fall. Here you need to have time to divide before the leaves turn yellow and fall off. It is important to have at least 30 days before the first frost, otherwise the frost can damage the wounds.

As for the weather, it is better to choose a humid and cloudy day. Avoid sunny and hot days if possible. If the weather is dry, water the hosta well before splitting.

Also, avoid dividing in the summer. At this time, the weather can be too hot and dry as a result, the hosta will lose all of its leaves and take much longer to regenerate and establish itself.

In summer, the only time to do this is the end of August. But only if the weather is not too hot.

Also, never divide a hosta in the winter. This is because the wounds that are left after splitting are sure to rot during a thaw. As a result, you could lose the plant.

Before dividing a hosta, make sure the rhizome is large enough. Each piece should have at least 3-4 eyes and some roots to successfully root. If the rhizome has less than 6 eyes, it is not worth dividing it this year. 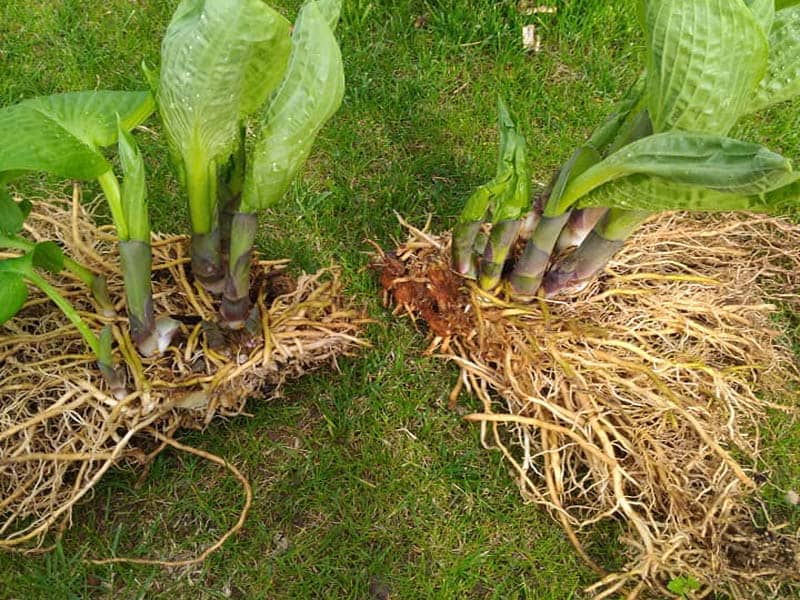 If the rhizome is large enough, set back at least 8 inches from the stems and start digging around. Use a spade with a long, narrow blade to dig as deep as possible and save as many roots as possible.

Pull the hosta to the surface and lightly shake the soil off the roots. It is not necessary to remove all of the soil from the roots. You can divide a hosta even with dirt on the roots. But if you want to, you can wash the soil off.

Use a fine-toothed saw or a large knife. Divide the rhizome into several equal pieces, but remember that a piece must have at least 3 eyes.

The bigger the pieces, the faster they will take root, and the faster you will get full plants. Also, be sure to leave at least some roots on each piece.

Next, powder the wounds with crushed wood ash. This will greatly reduce the risk of rotting.

Plant the pieces in a new location. Don’t dig the stems deeper into the ground and use a nutritious substrate based on organic matter. 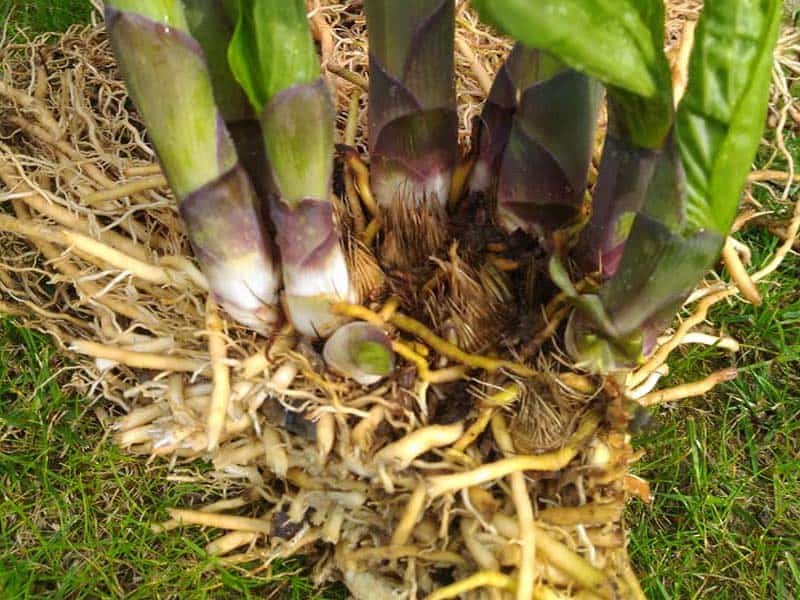 After splitting you have to pay special attention to the hosta to get a good result.

The first thing to do is to water it well. Use about 1 gallon of water for each piece. Moisten the soil around it, but don’t create a swamp.

Next, water the young plants when the soil is about 1-2 inches dry. Cut back on watering in the winter.

Create full shade over the hostas. Use a garden umbrella or netting to do this. In full shade, the plant will take root and grow much faster. After a few months, the shade can be removed.

Remove any dry leaves from the plant but leave the live ones. The leaves will encourage the hosta to develop a large root system.

When you see new leaves appear, water the hosta with liquid fertilizer. One fertilization will be enough. Use a multi-purpose fertilizer with an all-purpose formula.

The first rule about tools is that they must be clean and sharp. This is to avoid infecting the hosta with diseases. It is also important that the wounds are as neat as possible during cutting.

It is best to use a trench shovel to dig up the hosta. Such a shovel has a narrow and long blade. As a result, you will be able to get deep enough and save most of the roots.

For cutting, it is better to use a saw with fine or medium teeth. A large knife is also good for this purpose.

You may also have to use pruning shears. These are very handy for cutting off damaged leaves or roots.