This article is about one of the most common problems in growing plants. I hope it answers all your questions and solves the problem.

Hostas can be overwatered. This can be caused by too frequent watering, poorly drained soil, and some other factors. Signs of overwatering are yellowing of the leaves and drooping petioles. Root rot, crown rot, or petiole rot can occur as a result of overwatering.

Below you will find all the possible symptoms of overwatering, as well as ways to treat the damage and ways to avoid the problem.

Since overwatering can result in various problems, the symptoms will be slightly different. Below we will look at the four main symptoms in more detail.

Yellowing of the leaves 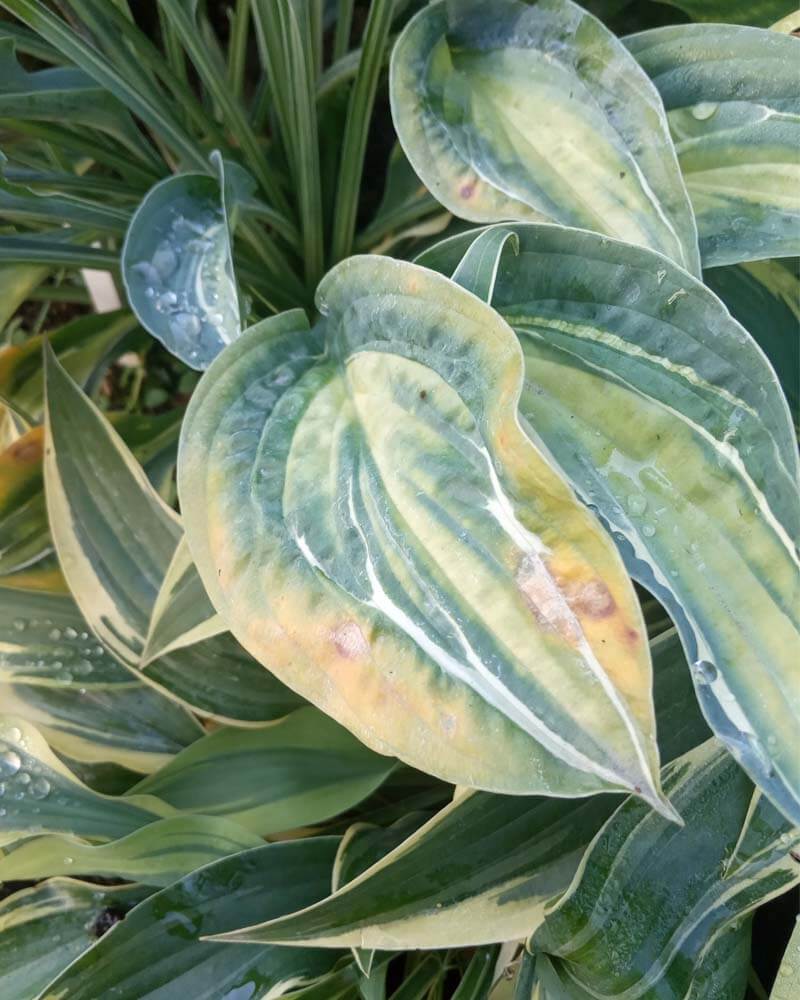 Yellowing and browning of leaves.

The first sign that the hosta is getting too much water is the yellowing of the leaves. In most cases, this is because the roots are not working properly and the plant is not getting enough minerals from the soil.However, the hosta may not yet be experiencing a lack of water. In other words, the bush as a whole and the leaves, in particular, have a normal shape and show no signs of wilting.

A lack of minerals leads to a severe decrease in chlorophyll and the leaves turn yellow or yellowish-green. This is called chlorosis.

Brown leaves are a sign of a lack of water in the hosta leaves. This is especially the case when the sun is too strong and the heat is too intense.

Because root rot has occurred, not enough water is supplied to the leaves. If the sun is too intense, the leaves can turn brown from the tips and along the edge. After a while, the leaf plate becomes browner and browner until the leaf dies.

Sometimes the leaf may turn brown starting in the middle. It is also common for the brown areas to have a yellow border. 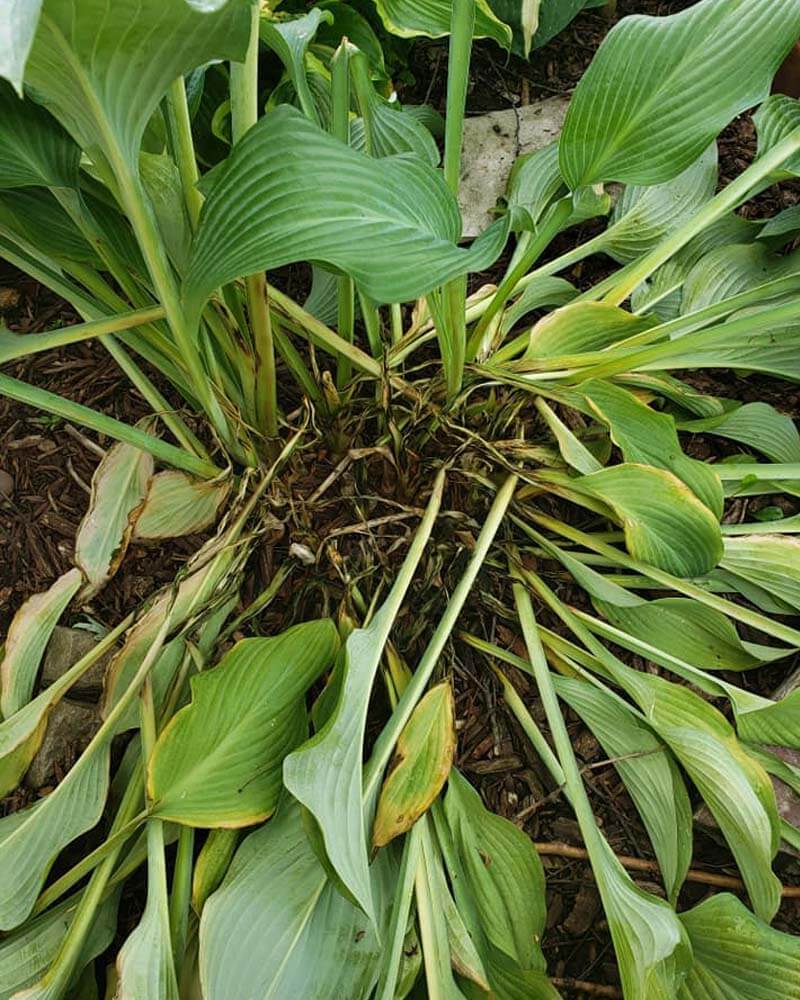 The next symptom is leaf petioles drooping. Very often the stems on which the leaves are held are affected by the rot. As a result, the stems will break in the most damaged places and lie on the ground.

Another possibility could be wilting of the petioles due to low internal pressure. This happens when the roots are rotten and the petioles are not. As a result, the roots are not able to provide enough water to keep the stems straight.

Another symptom that can accompany overwatering a hosta is an unpleasant smell. It is the result of the rotting of the crown or stems of the hosta.

You should not expect to smell the odor from any great distance. You will have to get within 1 foot of the hosta to smell it.

If you notice a slight smell of rot near the bush, it’s probably because the crown is rotting. But you should inspect the plant for the other signs described above.

Very often, overwatering is not characterized by a single symptom, but by a combination of them. Below we will look at the most common diseases that are caused by too much water.

Overwatering can cause several diseases that require slightly different treatments. Below you will learn about the three most common hosta diseases that are caused by overwatering and how to treat them. 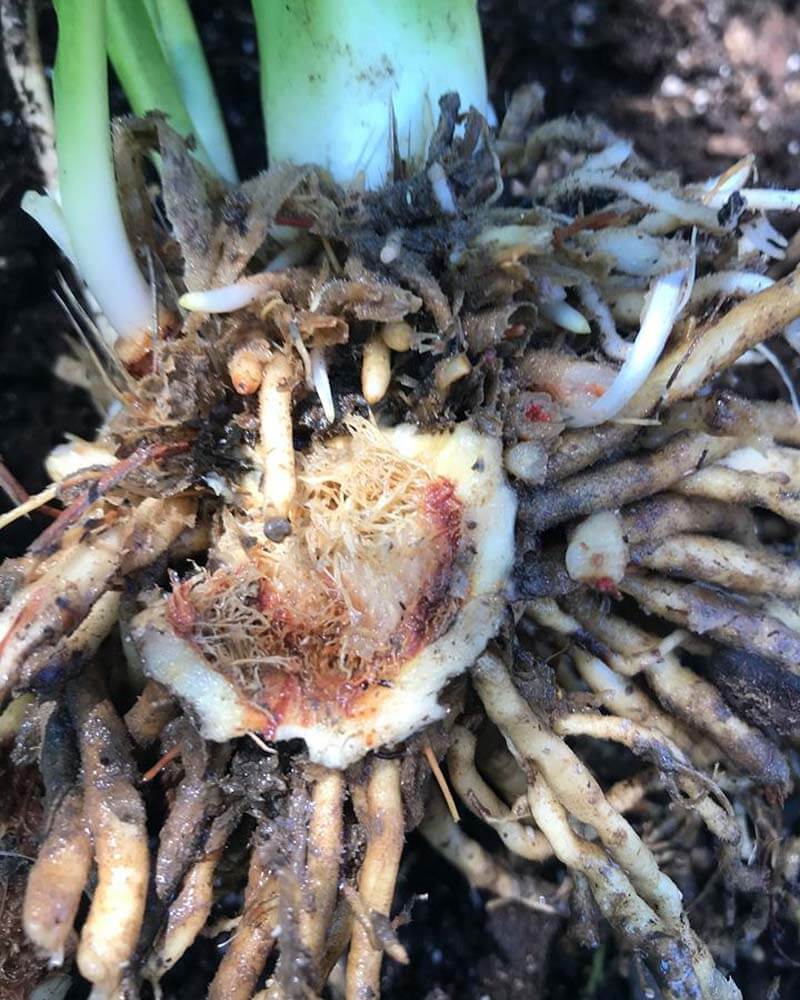 Phytophthora is a disease that is caused by pathogens in the soil. If the roots of the hosta are very wet for a long time, they become soft and the pathogens are easier to penetrate.

Once the fungus enters the tissues of the plant, it begins to kill it slowly. The outward signs of this disease are browning of the leaves and stopping the growth of the hosta.

To cure this disease, you need to dig out the hosta and clean it from the soil. Then wash it with water and find the affected area. Signs of rot are a mushy yellowish substance instead of living tissue.

Use a sterile knife to cut or scrape away all the rotten tissue. Rinse the wounds with water and dry them by placing the hosta in a dry but dark place for 1-2 hours.

Wash the wound with an aqueous solution of a systemic fungicide such as Python. Plant the hosta in sterile, well-drained soil in full shade. The healing process may take over a year. 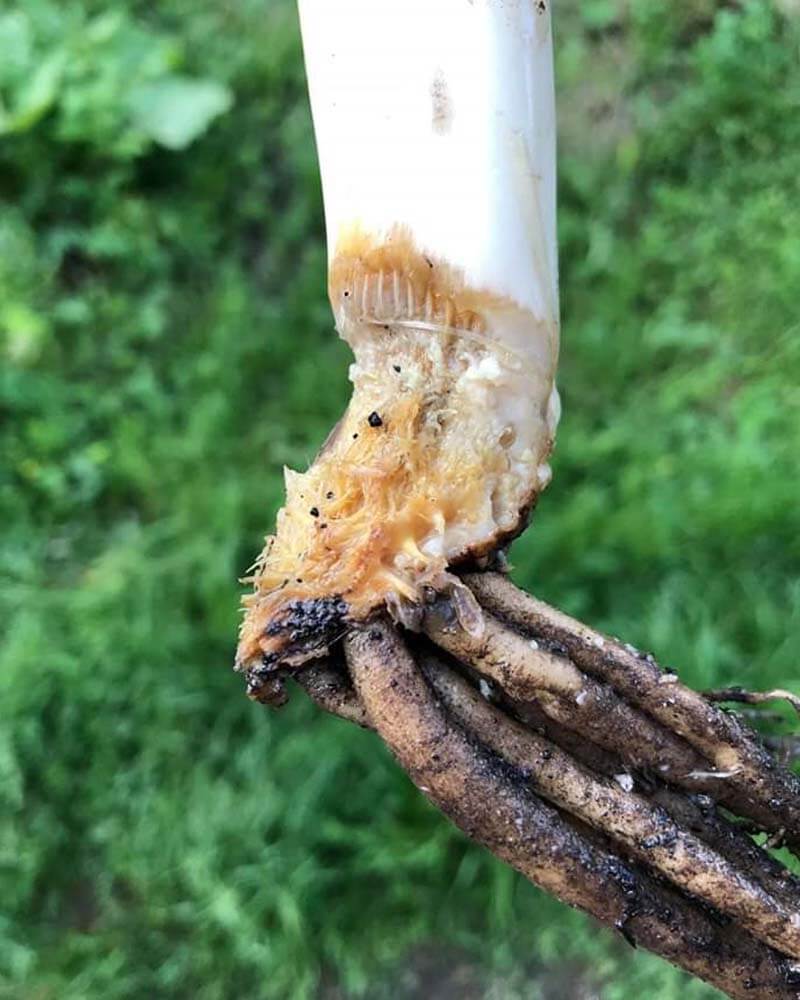 Petiole rot is a disease that affects the lower part of the leaf stems of the hosta. However, it can also damage the rhizome. This is a rather serious disease that can cause significant damage to the plant.

Petiole rot is usually most active in the summer because it needs a temperature of about 80 ° F. It also needs high humidity to develop greatly.

When conditions are right, the pathogens attack the base of the stems where they are attached to the rhizome. The symptoms are browning of the lower part of the leaf petioles. Yellowing or browning of the leaves is also possible.

In the later stage, the leaf petioles will break and fall to the ground with the leaves. Signs of decay can be seen at the breaks.

To cure this disease, remove all affected petioles. Clean the places where the petioles are attached to the rhizome from the rot with a sharp knife. Spray the wounds with an aqueous solution of tebuconazole fungicide.

Then powder the wounds with crushed wood ash or crushed activated charcoal. Water the hosta once with a low concentration of liquid fertilizer. 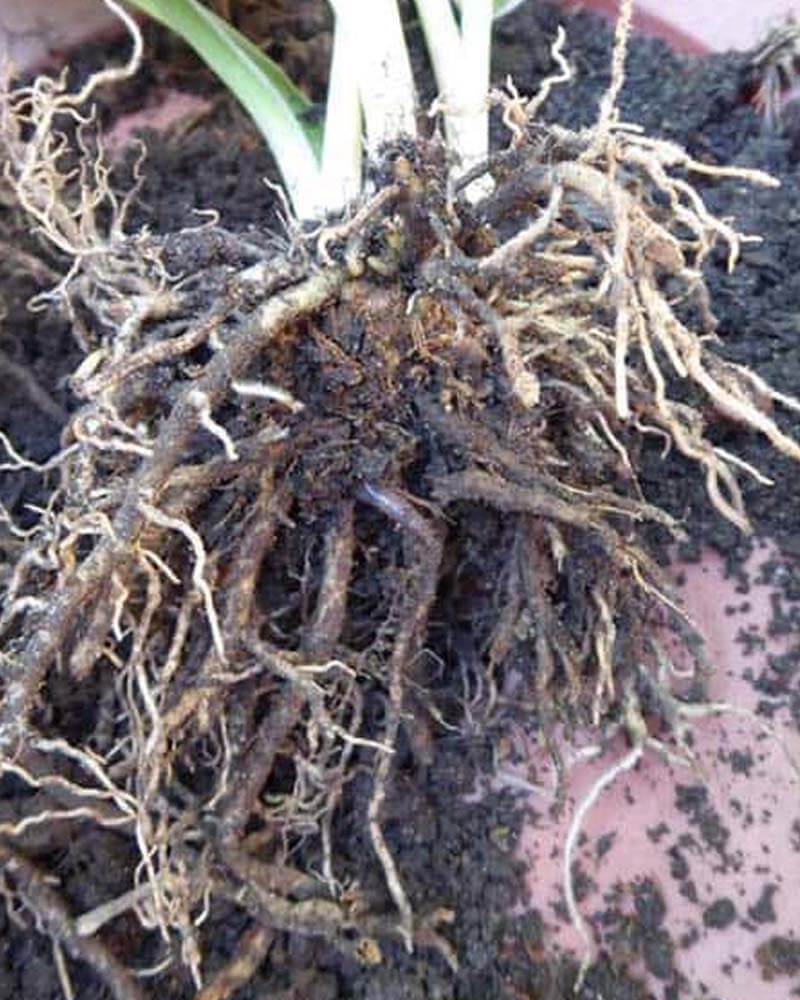 FRCR is another disease that comes from overwatering. Usually, the pathogens of this disease enter the hosta after it has been divided into parts. If there are heavy rains at this time, the parts can begin to rot.

Infestation is also possible through wounds to the crown. This sometimes happens when the hosta has been injured during the winter or when it has been damaged by voles.

As a result, the leaves slowly turn yellow, but if the weather is sunny and hot, the leaves will quickly turn brown.

The treatment for FRCR is the same as the previous diseases. You have to dig out the hosta and clean it. Next, remove the rotten part of the crown and wash all wounds with an aqueous fungicide solution that contains thiophanate-methyl.

Plant the plant in the full shade using sterile seedling soil. Water very sparingly until the hosta has recovered. For more information on this issue, read the article Most Common Hosta Diseases.

How to prevent overwatering

The first thing to do to avoid overwatering is to use well-drained soil for planting the hosta. If your yard has clay soil, add 1-2 buckets of compost or other organic matter to the planting hole and mix well with the native soil.

Never plant hostas in low areas where rainwater can collect. Also, avoid planting in areas where water runs off the roof. Do not place hostas close to ponds, streams, etc.

Water hostas only when the soil around the roots is more than 2 inches dry. In general, hostas need watering for the first few years.

If the hosta has been growing in the same spot for many years and has a wide crown, water only when it is very hot and dry. You can read more about this in How Often To Water Hostas?

Mulch the hostas with a layer of mulch no thicker than 2 to 3 inches. Use only organic materials for this. Do not cover the stems of the hosta with mulch. There should be a gap of at least 1 inch between the stems and the mulch material.

When planting, do not submerge the hosta stems in the ground. The place where they are attached to the roots should be at ground level, but not underground.