Norway spruce, like all conifers, is a very interesting plant. Needles instead of leaves will make this tree a highlight of any garden. 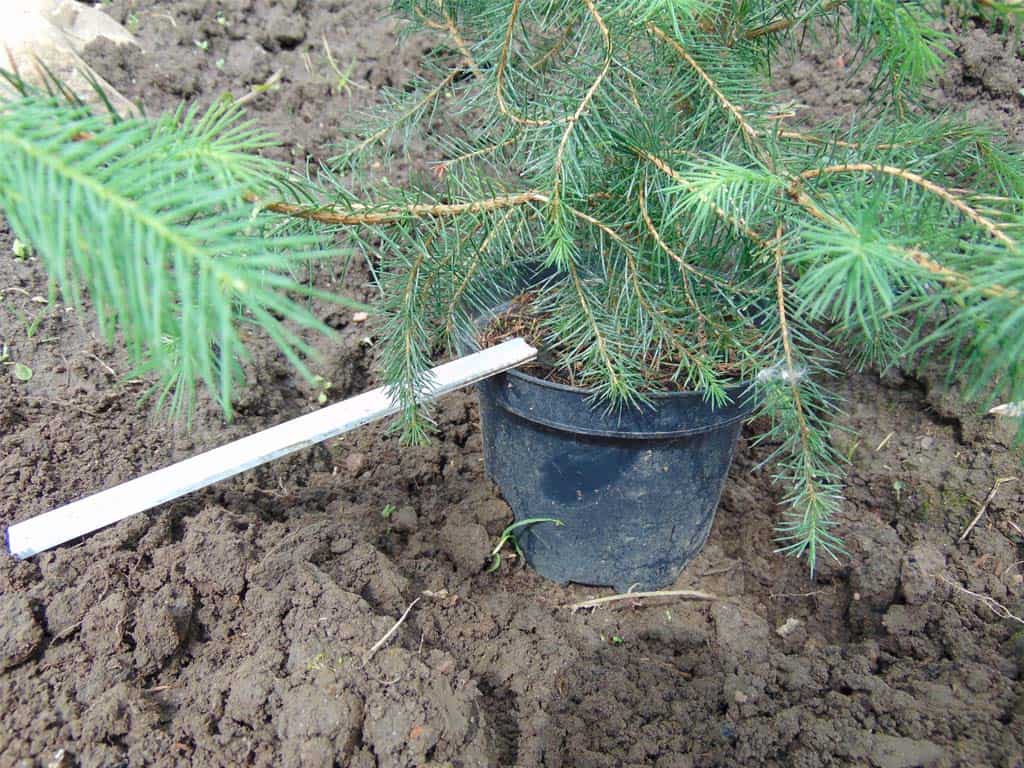 The best time to plant Norway spruce is early spring before the buds open or early fall at least 30 days before the first frost. Planting in the summer heat can kill the spruce. It is best to choose a cloudy day with some rain on the eve of planting. Start planting in the morning or evening, avoiding the middle of the day.

The best place to plant Norway spruce is in the penumbra. It is also good if the location has a low water table and surface streams will bypass it. The planting location should be at least 10 feet away from buildings or other plants because Norway spruce needs a lot of room to grow. The exception is the dwarf varieties.

Do not bury the trunk in the ground when planting. The place where the trunk and the roots meet should be at the level of your garden.

You can shade the plant for a few weeks after planting to make it easier for it to take root. Also, don’t let the soil dry out more than 1 inch the first year. Spread a layer of mulch 1-2 inches thick to prevent the soil from drying out quickly, but again, do not cover the trunk with mulch. There should be a 1-inch gap between the mulch and the trunk.

Norway spruce can tolerate both partial shade and full sun. It is not afraid to grow in full sun all day long. If half of the day is spent in the shade, nothing bad will happen to it either.

Norway spruce needs at least 6 hours of direct sunlight per day. Less sunlight can make the plant grow more slowly and the needles look pale. If we’re talking about variegated Norway spruce such as Gold Drift it needs all the sun you can give it. Otherwise, the tree will be green with no or very little yellow.

Norway spruce does not tolerate full shade. If it does not get direct sunlight at all it will sooner or later die. In addition, in full shade, the plant will be more susceptible to disease, which will further aggravate the problem.

Norway spruce needs to be watered when the soil dries out 2 inches in the first year after planting. Once the tree is established, it does not need to be watered at all, rainwater is sufficient. The amount of water for one watering should be at least 1 gallon or more, depending on the size of the tree.

Avoid watering Norway spruce in the winter. This is the time of year when the tree is dormant and does not need extra watering.

Avoid watering too often as this can cause root problems. If the ground gets too wet for a long time the Norway spruce roots will start to rot. Signs of root rot are the yellowing and dropping of the needles.

It is not much you can do to fix root rot. Cut back on the frequent watering. If the cause of overwatering was surface water streams divert them to the side by digging a small ditch.

Then the plant will overcome the disease or die, it depends on the plant itself. Transplanting Norway spruce in this case makes no sense because you will further damage the roots. 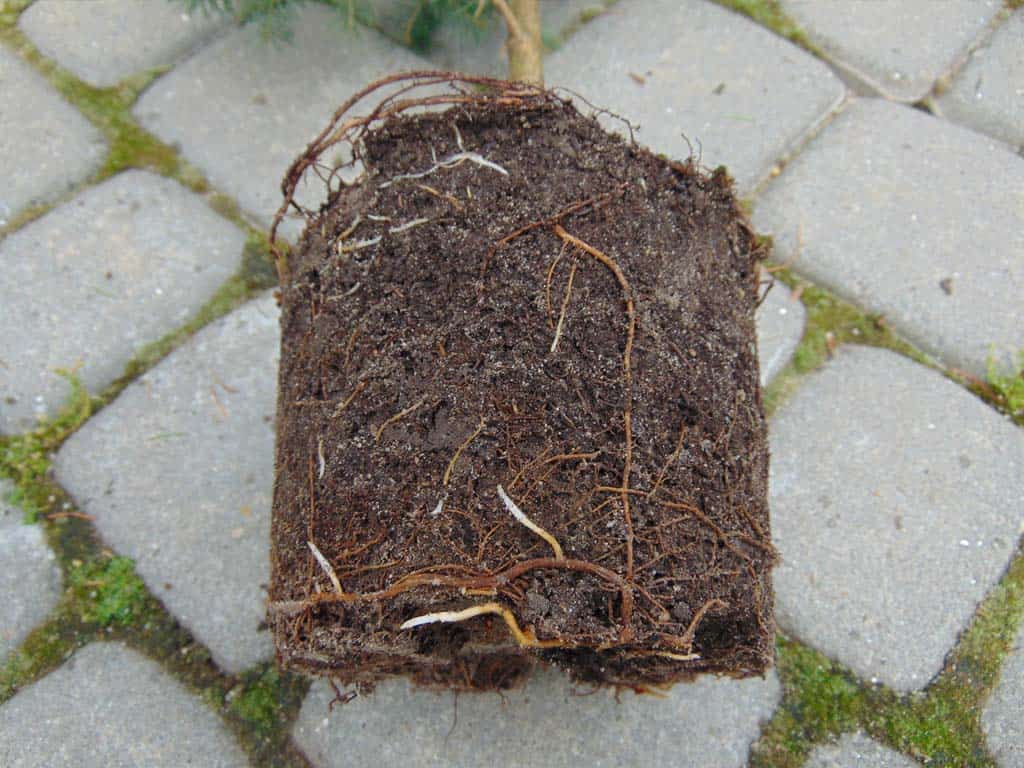 It’s best if you add some compost or peat to the garden soil before planting. Organic matter will also acidify the soil a bit. This will have a positive effect on the growth of Norway spruce as it prefers a soil pH of 5.5-7.0.

Norway spruce does not tolerate very alkaline soils (pH>7.3). In this kind of soil, the spruce will not be able to get nutrients from the soil. This will cause the needles to turn yellow and the plant to grow slowly. To remedy the situation you need to add organic matter or acidifiers to the soil.

The best fertilizer for Norway spruce is a mineral fertilizer with the formula 15-9-12 (Nitrogen-Phosphorus-Potassium). It is also good if the fertilizer contains magnesium, which is necessary for photosynthesis. Another advantage would be to have iron and zinc in the fertilizer.

Fertilizer granules with a release period of 6-8 months are the best choice. So once you fertilize in early spring you can be sure that your spruce will have all the nutrients it needs throughout the growing season. Most granular conifer fertilizers follow these recommendations.

In addition to mineral fertilizer, it is a good idea to add organic fertilizer to your spruce. All you need to do is mulch the soil around the trunk with compost in the spring. The thickness of the mulch layer should not be more than 2 inches. Also, cover the trunk of the tree with mulch. 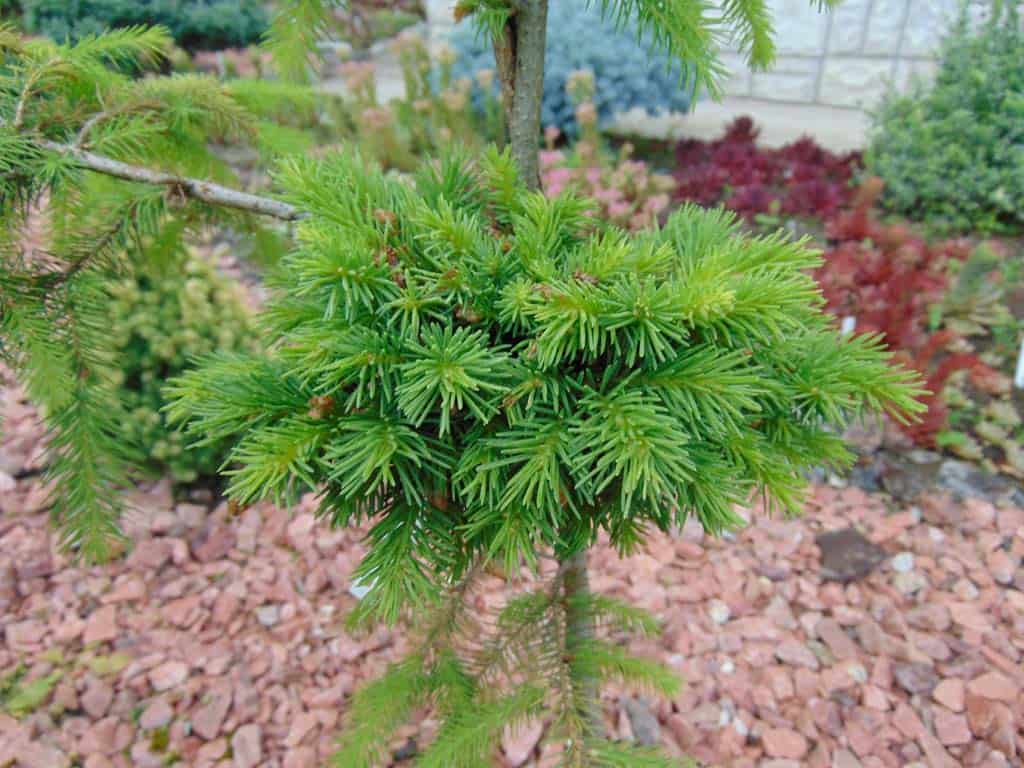 Norway spruce can tolerate -13°F (-25°C) and even more severe frost. This plant can be grown in the 3rd hardiness zone. In fact, this spruce is common in northern Europe and tolerates the harshest conditions without any problems.

You do not need to cover Norway spruce for the winter. Even if the plant is young or if you have a dwarf Norway spruce. The same is true for potted Norway spruce, it can easily withstand the harshest winter in a pot without damage. 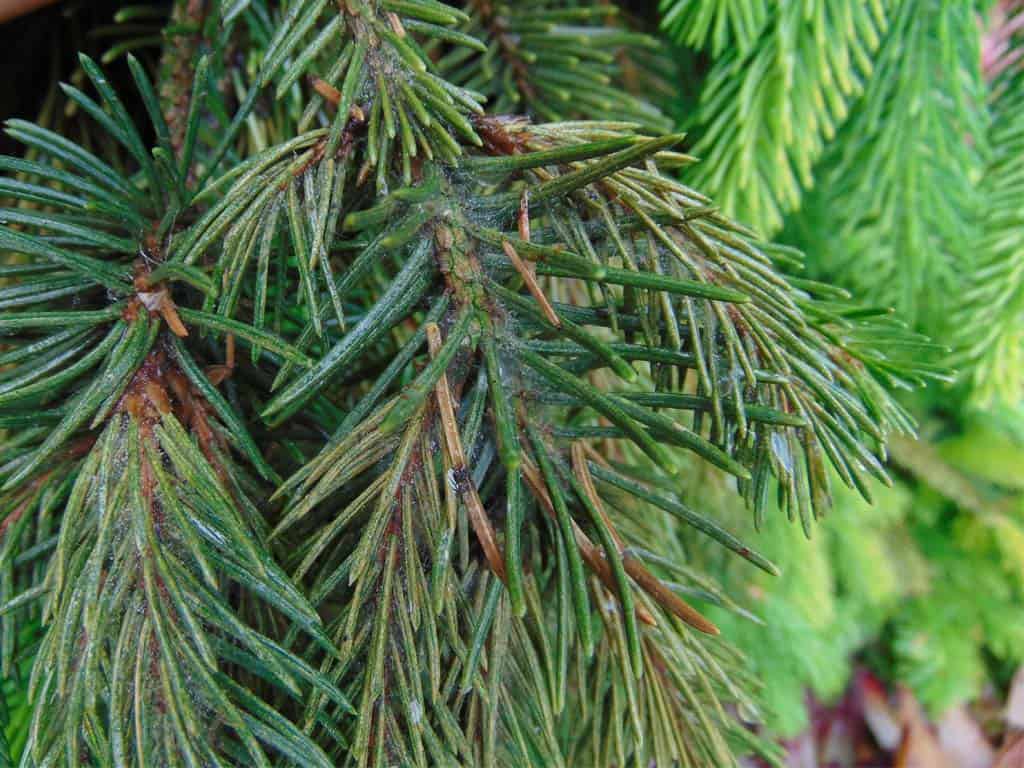 One of the problems in growing Norway spruce is pests. Some insects like to feed on the young needles of this spruce. In addition, mites can form colonies on branches and needles and feed on the sap of the tree.

Another problem is a disease. In most cases, this is a fungal disease that affects the needles. To avoid this, plant Norway spruce in a place with good air exchange and with plenty of sunlight.

If you see black spots on the needles and they turn yellow and fall off, spray the spruce with an aqueous solution of fungicide. It is best to spray 2-3 times with different fungicides, which should include a copper fungicide.