Aloe is a very beautiful and unusual plant, and this is the main reason for growing it in the house. Many plant lovers are increasingly choosing aloe as their favorite plant. But very often the plants tend to be capricious and our today’s hero is no exception.

Root rot due to overwatering poorly drained soil, lack of sunlight is the main reasons for aloe dying. To revive an aloe, give it at least 4-6 hours of direct sunlight, water only when the soil in the pot is completely dry. If the plant is too badly damaged, cut off the cuttings (leaves) that look healthy and root them.

Aloe dying due to root rot

Aloe is succulent and can retain large amounts of water in its leaves. In the plant’s native environment, this ability helps it survive prolonged droughts. By watering aloe on a schedule, you run the risk of overwatering it and the roots will begin to rot. The plant will slowly begin to die, with yellowing of the leaves and brown spots as symptoms.

Another cause of root rot can be poor drainage. While most plants need 2-3 holes to get rid of excess water. For aloe and other succulents, the more holes in the pot the better, because they do not tolerate stagnant water at all. 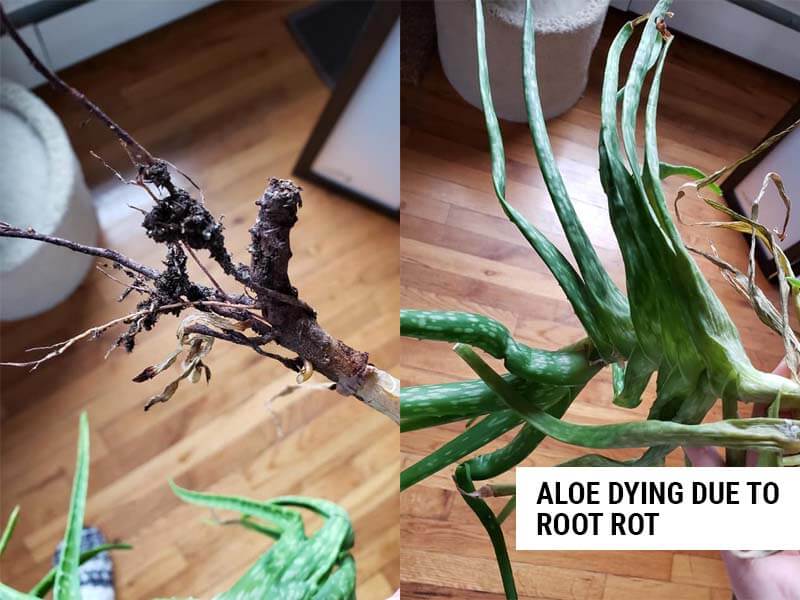 Aloe dying due to root rot.

Soil is often the reason for the slow growth or death of the aloe. This often happens if you planted with ordinary potting soil. The potting soil tends to compact too much and retain moisture for a long period of time. This works for some plants, but not for aloe.

The second is that there is not enough room in the pot for the aloe. The roots grow in a circle and you get rootbound. Also, the roots will displace some of the soil and the plant will lack nutrients. 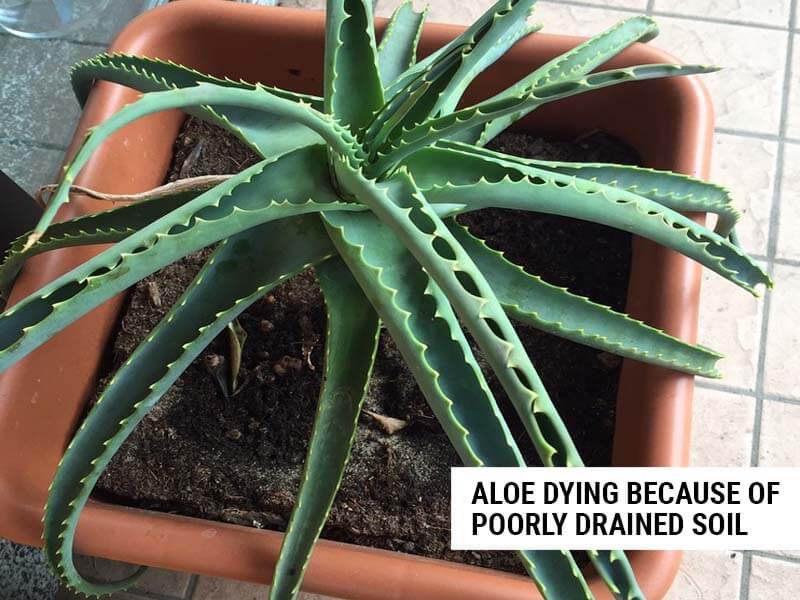 Sunlight plays a crucial role in the life of succulents and this respect aloe is no exception. This plant needs enough direct sunlight to thrive, otherwise, it will grow slowly and after a while will die.

If the aloe grows without direct sunlight, it will first use up its internal energy reserves. After a while, the plant will be depleted and the outer leaves will start to brown and die off. The color of the leaves will change to pale green and if you do nothing you may lose your aloe.

Aloe dying because of lack of light.

Aloe is a thermophilic plant, and this is understandable because you won’t find it anywhere else where there is frost. But apart from frost, aloe also does not like low but positive temperatures. In this case, it will not react immediately, but regular subcooling will sooner or later affect the growth of aloe.

If you grow it below 50°F (10°C), it will become damaged and the leaves will get mushy after a while. If you do not change this, the aloe will die. Also, the risk of stem rot increases at low temperatures.

Aloe dying because of a cold snap.

Too much direct sunlight can also kill aloe as well as a lack of it. As I mentioned above, aloe likes partial shade because the leaf cells are destroyed by a strong exposure to solar radiation. In this case, the aloe will hibernate trying to reduce the damage to the young leaves.

Sun damage is very common after the purchase of the aloe. Store plants usually grow under artificial light, but if you buy one and place it in a sunny window, the leaves will get sunburn and the plant will stop growing. This can also happen if you move the aloe outdoors in the summer. 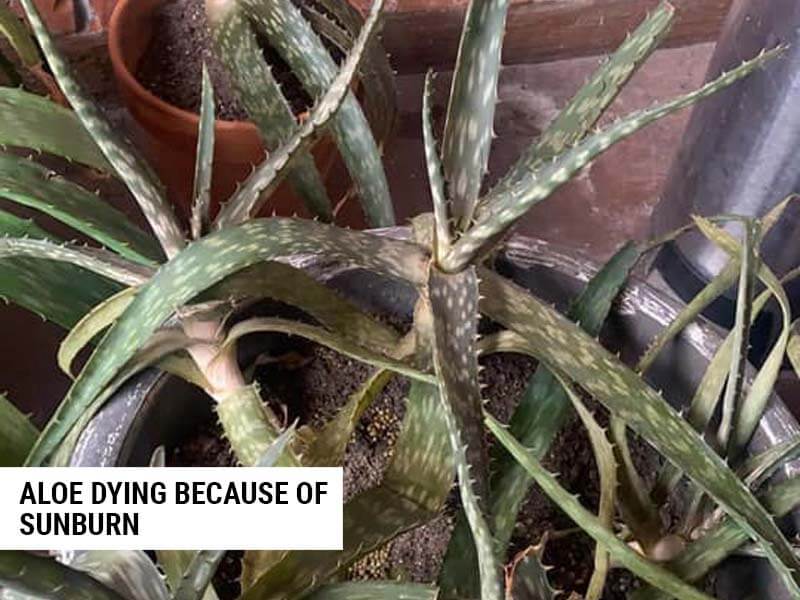 Aloe dying because of too much sun.

Pests are another serious problem that almost all aloe owners face. A small number of insects will probably not even be noticeable, but if the population increases to a large size, the plant can be severely affected. Some pests can even kill the plant.

Sucking insects are the most dangerous for aloe. These include thrips, mealybugs, scale insects, but the most common are aphids. Aphids are tiny bugs that affect the ground part of the aloe plant. These insects can suck the juices out of the plant until it stops growing.

Aloe dying because of aphids.

One of the unfortunate properties of succulents is an increased susceptibility to fungal diseases. This is since their leaves contain a lot of water. All this also applies to aloe, the disease can strike it and it will begin to die.

First of all, this applies to root rot, which I have already told you about. Then we should mention stem rot, leaf spot, and various molds. All of these diseases are reflected in the appearance of the plant and are easy to spot. If nothing is done, the aloe may die. 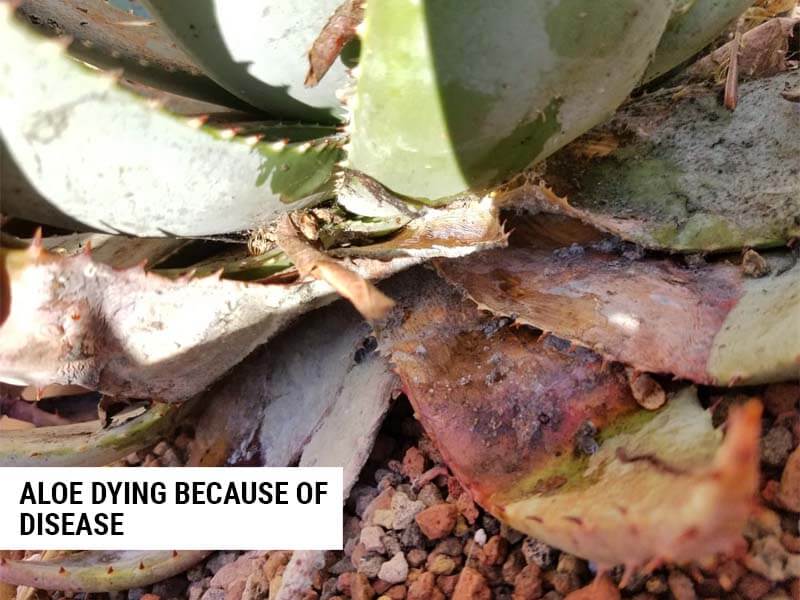 Aloe dying because of disease.