Summer Crush has very beautiful flowers and their absence often leads to disappointment for owners of this hydrangea. This is what we will talk about today.

Lack of sunlight, too much fertilizer, and frost damage are the main reasons why Summer Crush hydrangeas do not bloom. To encourage it to flower, give it at least 4 hours of direct sunlight a day and fertilize it no more than 2 to 3 times a year. Also, cover the shrub for the winter to protect the flower buds. 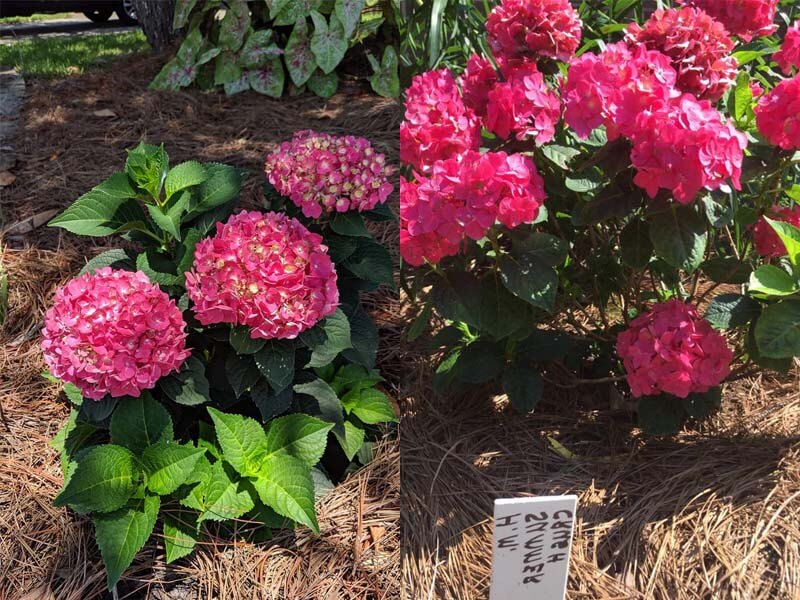 Summer Crush belongs to those hydrangeas that need direct sunlight to bloom. If there is no light or not enough, there will be fewer or no flowers.

To get abundant flowering in the south, four hours of direct sunlight will be enough. In the north (zone 5), it needs at least 6 hours of the morning sun, and the rest of the day it can stay in the shade.

On the other hand, avoid planting Summer Crush in full sun, as it will definitely cause sunburn. The color will be pale and the inflorescences will become partly brown.

If you have to transplant hydrangeas to get the right amount of sunlight, do it in early spring before the buds start to bloom. Also, avoid damaging the root system during transplanting.

The second reason for the lack of blooming is the excessive use of fertilizers. This is especially true of nitrogen-rich fertilizers. In this case, the hydrangea will begin to grow leaves and branches intensively, but not flowers.

Use a fertilizer with a balanced formula – equal amounts of nitrogen, phosphorus, and potassium. Slow-release pellets work best.

It is also good if you feed it with compost. Mulch your hydrangea once a year with 1-2 inches of compost. Organic fertilizer is one of the best for these plants.

The next thing that can kill the flowering is a hard frost. In zones 5 and 6, Summer Crush can be damaged by low temperatures. As a result, the flower buds may die, but you will still see flowering on the new wood (although not as abundant).

To protect the plant from frost, the first thing you can do is to cover it with protective material. You can find kits on the market that consist of a frame and a blanket. They are easy to install and will protect your Hydrangea from frost.

The second thing you can do is surround the shrub with chicken wire mesh and secure it. You should end up with what looks like a cage that the hydrangea should be in.

Next, you need to fill the entire cage with fresh, dry leaves. Such protection is very effective against low temperatures and is very cheap.

And last is improper pruning. If you cut Summer Crush at the wrong time, you may lose all the flowers.

Since Summer Crush blooms on both new and old wood, it can be cut at almost any time. The exception is when it begins to bloom. If you cut back at that time you will remove the young inflorescences. This will result in no flowers for the current year.

To avoid this, cut off the flower heads as soon as they fade. The plant will then create flower buds for next year’s blooms. But you can also cut it back in autumn or early spring, in which case you will only get blooms on the new wood.

When does Summer Crush Hydrangea bloom?

Depending on the climate, Summer Crush begins blooming in late spring or early summer. The colder the climate, the later this hydrangea blooms. Several other factors also influence the start of flowering.

Blossom time is about a month and a half, ending in midsummer. Then the seeds begin to ripen and the inflorescences lose their color and turn brown.

The advantage of this variety is the re-blooming. In late summer or early fall, Summer Crush blooms again for about a month. The second bloom is not as abundant as the first, but the flowers are no less beautiful.

Summer Crush does not bloom all summer. It starts blooming in early June and lasts until mid-July. The second flowering begins in late August and lasts through September.

This hydrangea blooms on new and old wood so it has a very abundant bloom. But to get it, you will need to avoid shortening the branches. The only type of pruning that is recommended is to remove the flower heads after they have wilted.

Also, you have to provide Summer Crush with a few hours of direct sun and watering to make it bloom well. Avoid using too much fertilizer.