Roses are some of the most loved flowers. But, you may have noticed that a particular spot isn’t ideal for a particular rose bush because it’s not getting enough sun, or isn’t very sheltered. Moving roses isn’t an issue but as they’re moved they do experience a slight setback. Today, I will explain how to limit the time it takes for a rose bush to recover when transplanted.

When a rose is transplanted in the wrong season, the roots are cut away too much, or they’re not watered enough they can get transplant shock. To minimize the effects of transplant shock, do it in spring or autumn, keep as much of the roots as possible, keep them well watered.

Applying a layer of mulch at the base of the plant will also keep the soil moist and promote root repair and growth. In this article, I will cover the main points you should watch out for when transplanting roses and some best practices for transplanting roses. 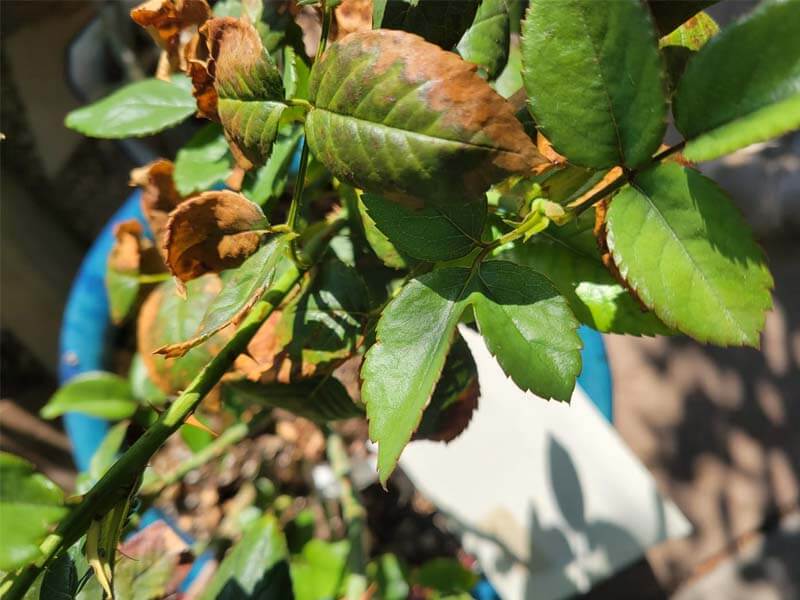 As you may know, the roots are responsible for drawing up water from the soil. As the soil sits on the roots the nutrients in the soil are also absorbed. This is the primary way roses get the nutrients they do to grow stems, leaves, and buds which turn into flowers.

Roots like the rest of the plant take some time to grow, and therefore you want to aim to keep as much of the rootstock as possible. This is best achieved by digging a hole around your roses quite wide and deep.

The main things you want to do are:

Wait until after summer to reduce stress on your rose bush

The summertime is a great time for roses to grow. The increased sunlight and warmer temperatures promote a lot of growth. But, transplanting them in the summer means you roses will miss out on this growth spurt. This will cause your rose bush overall to be smaller.

Also due to the damage to the roots – minor hopefully – your rose bushes will struggle to uptake as much water and nutrients. In summer because of the hotter temperatures a rose bush has higher demands for water. All of these factors mean that you should avoid transplanting your rose bushes in summer where possible. 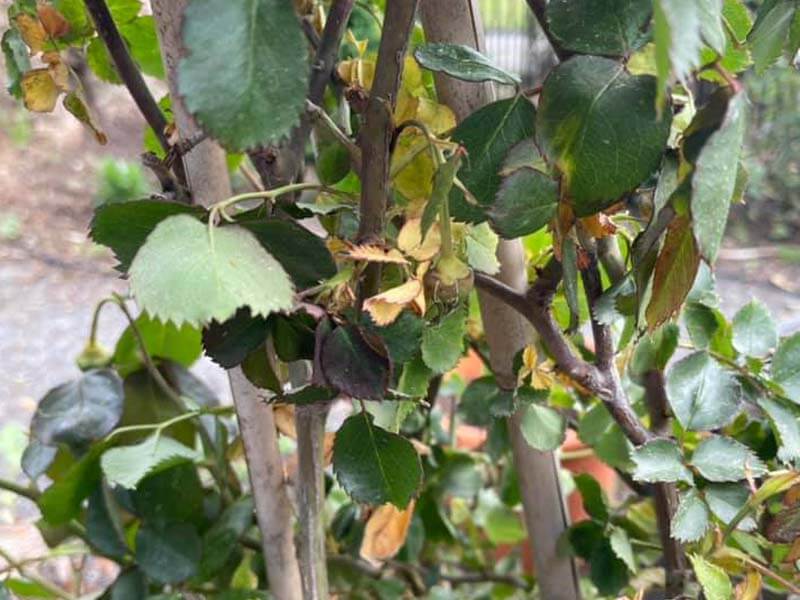 Remove all the flowers and any flower buds

Many varieties of roses produce flower buds on old growth. As you may know, old-growth is the hard stiff stems that tend to have bark on them. New growth is the new green bendy shoots produced in spring when your roses come out of dormancy.

Roses put a lot of energy and nutrient resources into the flowers. Therefore, if you remove them before or directly after transplanting it will cause your rose bush to prioritize the root system. Because it only produces rose buds once per season, once they’re removed they won’t grow back.

Due to that, your rose bush will have no other option than to put more nutrients into the root system and store up the nutrients and energy it has for the next spring.

Don’t prune back your rose bush

It’s a contentious topic whether to prune back a rose bush before or after transplanting it. Some people argue that pruning it back makes the roots stronger because it has more roots but less foliage.

Whereas, others argue that because the roots are generally damaged at least a little bit during transplanting, and that ‘injuring’ the plant more by pruning it puts additional strain on the plant. It also removes a plant’s stored energy and nutrients that are kept in the leaves and stems. A rose bush will still be OK if you prune it when transplanting it.

But, in my opinion, it’s best to get the positive aspects achieved by pruning a rose bush once the roots have recovered from being transplanted. 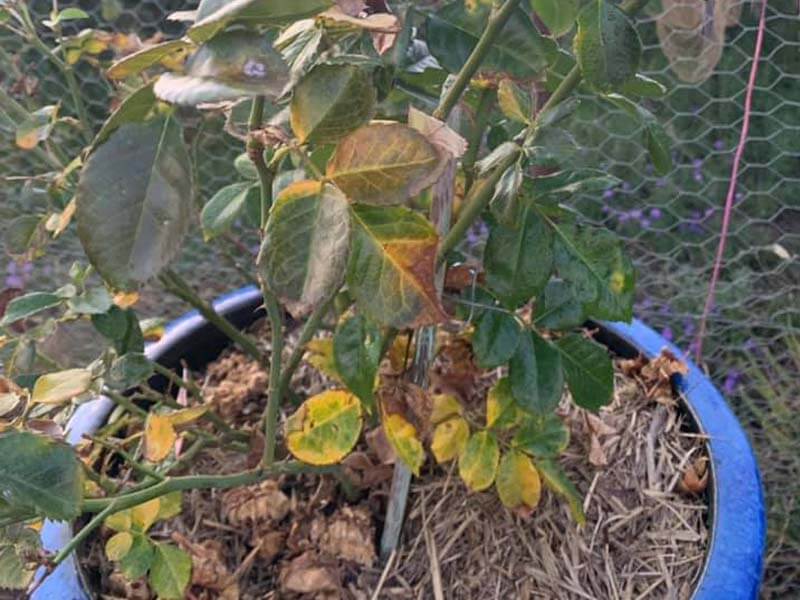 Rose bushes will survive and do fine if the soil isn’t the optimum moisture all of the time. However, after transplanting it’s best to pay more attention to how much water they’re getting. The reason is the roots are typically damaged, and you want to give it the easiest time possible as it’s adjusting.

Roses do best with damp soil that isn’t waterlogged. You can test the soil by sticking a finger down into the soil up to the second or third knuckle to feel how moist or damp the soil is. If it’s dry to the touch them give them water. Depending on your climate this is typically once every 2 to 3 days.

Avoid transplanting in the wintertime due to no reduced growth rate

The two ideal times of the year to transplant a rose bush are in spring and autumn. In the wintertime hardly grow at all. And the roots won’t grow and repair as quickly. This makes it more difficult for a rose bush to recover after being transplanted. And generally increases the effects of transplant shock.

Summer also is very hot and the time when roses put on the most green growth. So, you want to maximize this time of year, to grow the largest, healthiest, and best-shaped rose bushes. Therefore, early spring and early autumn are ideal. 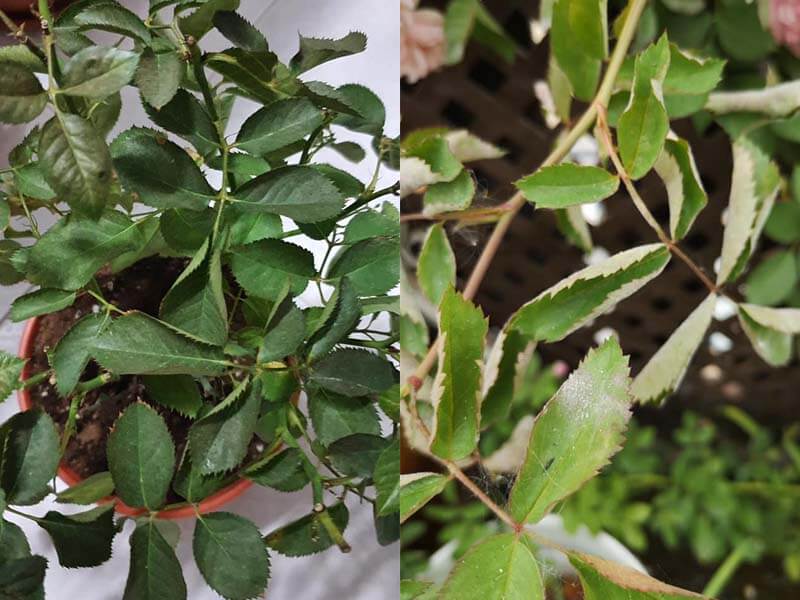 Put a layer of mulch around the base to retain moisture

You’ve likely aware of the benefits of mulch. It’s true when trees and plants get large enough they are largely self-sufficient and don’t need mulch to keep the soil moist and nutrient-rich.

However, when a rose bush has been recently transplanted mulch is very helpful. And reduces the impact of transplant shock. As the sun shines on the surface of the soil the heat dries it out faster. Mulch creates shade from the sun and keeps it moist for longer.

As the mulch breaks down it also causes the nutrients contained in it to seep down into the soil and improves the quality of the soil. It also causes many beneficial insects such as worms to colonate the soil sooner.

Apply a root stimulator to give the roots a boost

According to the University of Wyoming root stimulators are very good for transplanted plants, and help them get established after they have been transplanted. They are a concentrated liquid that you mix with water and pour at the base of your rose bush.

After being transplanted the roots need to get comfortable and acclimate to their new surroundings. As well as, recover from damage to the roots that occurs when they’re dug out from the ground. Therefore, adding a root stimulator really helps reduce the effects of transplant shock.