Quick Fire hydrangeas are a type of panicle hydrangea. They have unique characteristics to other families of hydrangeas. Pruning and sunlight requirements are different compared to other hydrangeas but some aspects are quite similar. 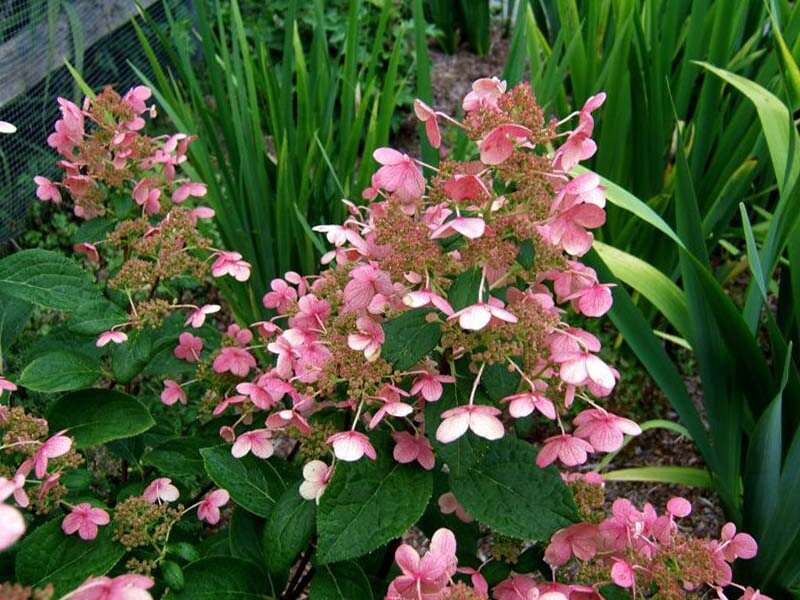 Quick Fire hydrangeas can be planted at any time of year. However, to reduce transplant shock it’s best to plant them in Spring. Also, it’s a good idea to acclimate them to your climate by leaving them in the pot for a week or two so they get used to the temperature.

They grow as wide as 4 feet (1.2 m) on each side. So, plant them where they have a clearance of 4 feet (1.2 m) in a circle around the base of the plant. Plant them in a spot that is sheltered from the wind as much as possible, as they don’t like getting battered around by the wind.

But, this takes some planning to see where in the garden this will happen. Otherwise, they will do fine in summer just ensure to give them more water than that recommended below in the watering section.

Most people that grow hydrangeas grow well in well-draining soil that isn’t too sandy or clayey but somewhere in between. Generally, dark to medium brown soil that crumbles easily is best for Quick Fire. This is the consistency of potting mix or compost that you buy in a gardening store.

If the soil is too sandy it doesn’t hold water well, and the roots won’t have time to take up water before it drains through. And when the soil is too clayey it’s hard for water to penetrate, and water can remain in soil too long causing root rot.

If you have sandy or clayey soil in your garden then dig a slightly deeper hole than you need. Then put a layer of 2 to 3 inches of potting mix, or compost in the bottom.

The pH of the soil should also be 6.6 to 7.3. Potting mix and compost that you buy in garden stores are at this pH. But, if you planting them into your existing soil then it’s best to test the pH of the soil using a soil testing kit you can get at a garden supply store.

They are inexpensive and will save you a lot of headaches down the road if you realize the soil pH is off once they’ve already been planted. 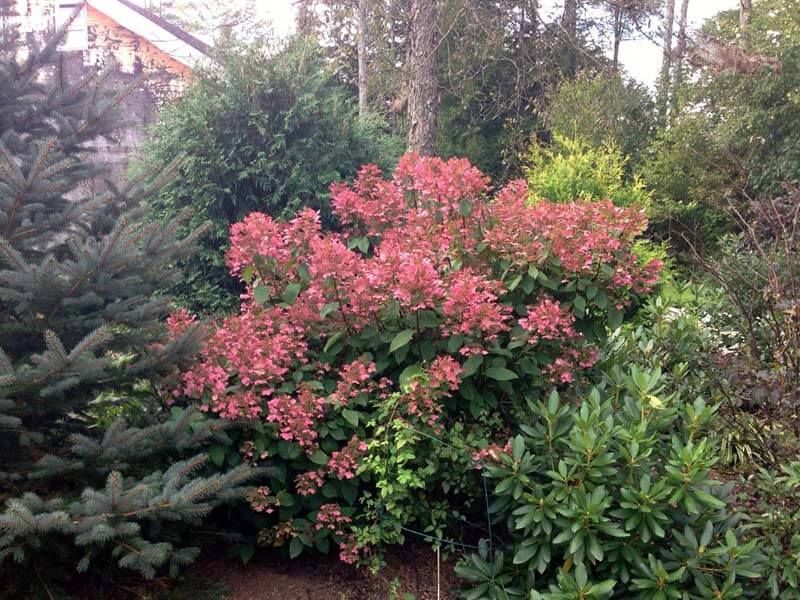 Exactly how much you water does depend on how often it has been raining. In general, though, a good rule of thumb is to soak the soil completely 1-2 times a week. This involves leaving a hose on low pressure at the base of the plant for 5 minutes or so. Doing that will cause the water to get into the deepest roots.

Also, it’s important to do it in the evening or early morning. When you do that or before doing that you can also wet the surface soil thoroughly in a 1 ft (30 cm) diameter around the base of the plant. It’s generally best to be on the safe side and not wet the plant stems and leaves if you can help it. This makes it less likely that mold and diseases can begin to grow on your Quick Fire hydrangeas.

The telltale sign that Quick Fire hydrangeas need more water is if the stems and leaves are dropping. If you notice that it’s best to soak them using the 5-minute method described above.

A sign that they’ve overwatered is if you notice yellow spots on the leaves. This is a sign of nutrient deficiency. This occurs if they’re watered too much which causes the roots to die as a result of root rot. And the excess water slowly leeches out nutrients from the soil.

But, this can also be caused by mealybugs that live on the underside of the leaves. I’ll explain this more in the section below about problems you can run into with Quick Fire hydrangeas.

Another sign is if the soil is consistently waterlogged – where the soil has standing water on the surface or you’ve had long and sustained rain that has kept the soil wet consistently for more than a few days. In this case, there’s nothing much you can do other than to wait for the water to soak down.

Pruning Quick Fire hydrangeas is generally only required if you want to shape them differently. This could be because you only want them to be so large. Or, you want to create a particular shape to it. For example, some stems might be sticking out and create an uneven look to them. And you’d rather make them a rounded shape.

Quick Fire hydrangeas are panicle hydrangeas – all hydrangeas of this species produce blooms on new growth as well as old-growth. With some other types of hydrangeas and other plants, pruning can be a concern because you can cut off the buds for the next season. This will make them produce far fewer flowers or no flowers at all.

However, you don’t need to be concerned with Quick Fire not flowering next season as a result of pruning. The ideal time to prune them is in late Winter early Spring.

The best way to prune them is to cut the stem just above the buds. Buds appear as small bumps on the sides of the stem. This is where stems will grow outward from, and provide more foliage, which also means more flowers.

As you may know, there is a term in gardening known as deadheading. This is where you chop the flower just below the flower head. This is not required for Quick Fire hydrangeas.

But, you may decide to do it to improve the look of them. It’s up to your personal taste whether you like the look of the spent flowers in Winter. Many people think it looks better than deadheading them. But, at the end of the day due what you think will look best.

Interestingly, hydrangeas have slightly toxic leaves that dear and rabbits don’t like. But, snails and slugs can eat away at the leaves. And when their numbers get a bit out of control they can really stress your hydrangeas. Typically, it’s ok but if they’re beginning to eat far too many leaves then lay out some snail and slug pellets or snail and slug traps.

The blooms will go from white to pink/red. But, if they remain white this indicates they aren’t getting enough sun, they weren’t watered enough, or the nighttime temperature was too high.

If your Quick Fire hydrangeas don’t bloom it’s due to temperature. It’s most likely caused if you had a very cold snap in Spring. But, it can also occur with new hydrangeas. Hydrangeas that you buy in-store are generally grown in greenhouses where the temperature is relatively warm, and there is little to no wind.

When you plant them out in the open once you buy them they can experience a bit of a shock and the different temperatures can cause them to not bloom until the next season once they’ve adapted to the new climate.

Symptoms shown by the leaves

The leaves can show brown spots, yellowing, or wilting. Here’s what causes these issues:

Provided you water them the amount explained in the watering section the issues with the leaves should go away on their own. Neem oil is a somewhat miracle cure for diseases and insects. Insects don’t typically infest Quick Fire hydrangeas.

But. if you notice white silk on the underside of the leaves or bumps on the stems surrounded by brown crispy residue this is caused by scale and mealy bugs. Which are some of the most common pest insects. They will leach nutrients out of plants, and cause yellowing of the leaves. Spraying them with neem oil or neem oil and water mix after unset will get rid of them after a few applications.

The ideal fertilizer is multipurpose NPK fertilizer. It should be applied once in Spring before they flower, and again after they have flowered. Follow the manufacturer’s recommendation to see how much to apply.

Depending on the quality of your soil, and the blooms that you got the previous year you may decide you don’t need to add fertilizer the following year.