Today I want to offer you two wonderful maples with red leaves for your consideration. You might get the impression at first that they are identical, but they are not. Let’s take a closer look at them and determine what they have in common and what is different.

Autumn Blaze is an interspecific hybrid. Its parents are Acer rubrum (Red maple) and Acer saccharinum (Silver maple). It has another name, Acer x freemanii Jeffersred. It has both strengths and weaknesses from its parental species, which you will learn about here.

October Glory is the offspring of Autumn Blaze. The second parent is unknown, but this variety also inherits many of the characteristics of its ancestors. Glenn Jeffers is the creator of this variety.

The foliage has several differences

The first thing I can say is that even though the leaves are similar, they differ in several ways.

October Glory has leaves twice as large as Autumn Blaze. They are 6 inches wide and 6 inches long. At the same time, Autumn Blaze has leaf no more than 3 inches across. This means that October Glory not only looks lusher but also creates a tighter canopy to hide from the sun.

Another difference is that October Glory leaves turn red later than the competition. Therefore, if you want bright foliage sooner you should choose Autumn Blaze.

The period of bright foliage in both varieties is very long and lasts until late autumn.

They have different sizes and shape

But if you take your time and like more compact plants, October Glory is also a good choice for your yard. Its crown is more rounded, so you get a wider canopy for shade and a smaller height. Besides, October Glory looks more beautiful as a specimen plant than Autumn Blaze.

The frost tolerance of the two varieties also differs slightly.

Autumn Blaze is recommended for cultivation in USDA hardiness zones 3 to 8. This maple tolerates the northern U.S. climate very well and can even be grown in some parts of Canada.

But it does not tolerate the hot climates of the south very well; zones 9 to 11 are not available to it. Partial shading or frequent watering will not solve the problem.

October Glory is less tolerant of frost and is not recommended north of zone 4. Some gardeners also complain that the tree may crack in heavy snowfalls, although this is quite rare. Its unambiguous advantage is the heat tolerance in zone 9, but in this climate, it will need watering, about which we will talk next.

At this point, we can make the intermediate conclusion that October Glory is better suited to the U.S. climate because it can grow almost anywhere.

Both of these trees are descendants of the Silver Maple, so they have partially inherited its negative aspects. Silver Maple is known to have invasive roots, which means that no other plants can grow under it and it can even damage the foundation of the house.

Since Autumn Blaze is the first heir of Silver Maple and has a larger size and more vigorous growth, its roots are more aggressive. You are not likely to be able to grow shade-loving plants normally under it. Also, when planting, there should be at least 15 feet of distance between the trunk of the tree and the buildings.

As for October Glory, it is not as aggressive. It is a hybrid of two varieties, and varieties are not known to be as vigorous as wild plants. With the right approach, you can successfully grow some perennials under this maple. Still, the distance between it and your house should be at least 12 feet.

Today’s two guests have many similarities that are just as important as the differences because as much information as possible will help you make the right choice.

The soil requirements in these two maples are minimal. They grow well in low-nutrient soil. The soil type does not matter either, whether it is clay, loam, or sandy soil, everything works well. In sandy soil, though, they will need extra watering.

They can also tolerate some stagnant water and heavy soil.

But if you want these trees to grow faster, you need to give them a better substrate when planting. Add 1-2 buckets of good compost to the planting hole and mix it with garden soil. This will make it easier for the plants to take root in the early years. 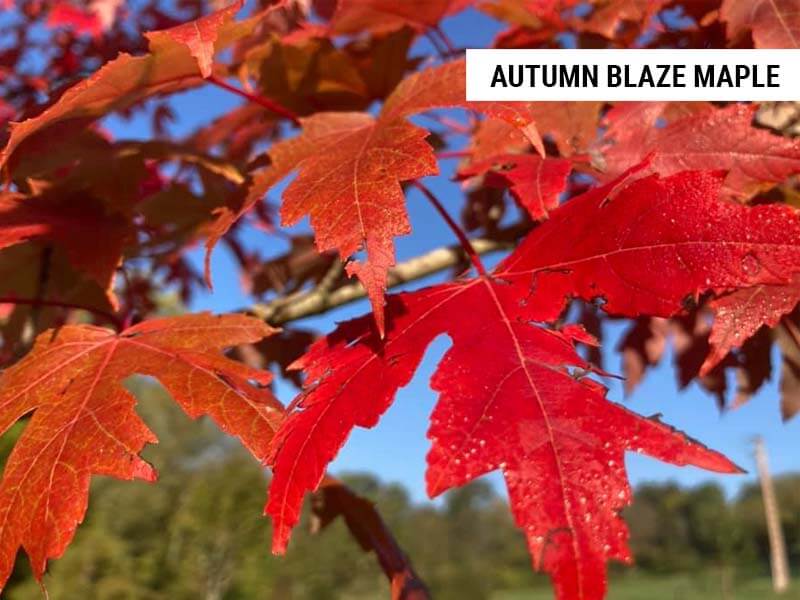 Watering is very important for both of these maples. They are very fond of moist soil because they have a lot of large leaves and evaporate a lot of moisture per day.

The first few years you should water them regularly if it hasn’t rained for more than 7-10 days. The amount of water should be at least 1-2 gallons.

Once the trees are established, you don’t need to water at all. The exception to this would be a very severe drought in zone 9. In that case, you need to water your maple or the leaves will start to dry out around the edges.

Next is sunlight. In fact, these maples grow well in full sun. Moreover, it is almost impossible to shade them completely because of their large size.

But if they do get some shade, nothing bad will happen and they will grow normally in such conditions. In the hot climate of zone 9, a little shading is more of an advantage than a disadvantage.

In full shade, these two will not feel comfortable. They need six to eight hours of direct sun per day for vigorous growth.

In general, neither October Glory nor Autumn Blaze needs to be fertilized because they are fairly vigorous trees. You do not need to follow the advice to fertilize in the first year of planting, as this can cause the plant to become exhausted.

If you planted October Glory and you want it to grow as fast as the competitor, you can fertilize it in the second year. Slow-acting fertilizers with high nitrogen content work best. It is the nitrogen that stimulates the active growth of beautiful leaves. 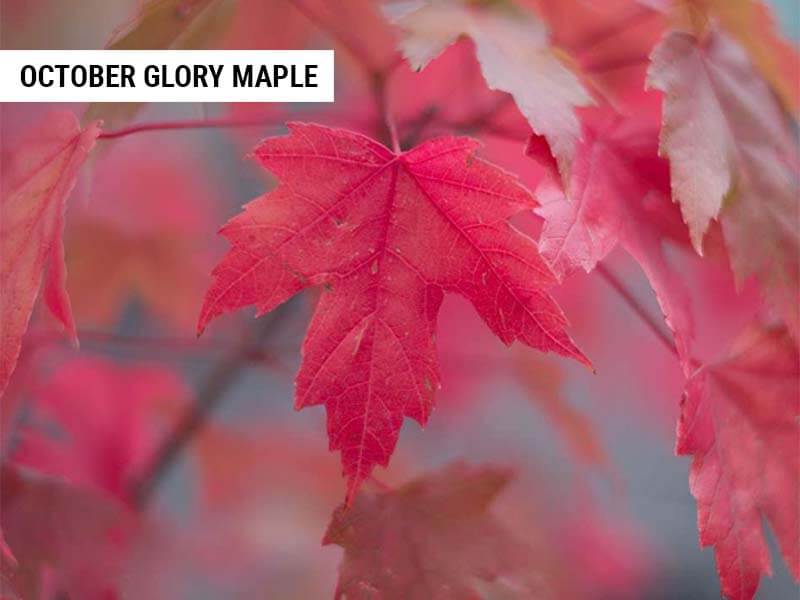 Finally, let’s look at the problems that can arise with maples.

The first is, of course, disease. Unfortunately, there are no disease-free plants. Sometimes maples can get fungal diseases, usually in the form of leaf spots. This problem can be eliminated with several sprays of fungicides.

There are several other diseases but they are extremely rare and do not need to be discussed here.

The second is pests. The most common damage to maple leaves comes from a variety of insects. This is especially dangerous when the maple is young. If you see the damage, spray the tree immediately with horticultural oil.