This article contains a detailed description of some of the challenges that sometimes arise when growing Acer palmatum. You will also learn exactly what to do in each case.

Diseases that occur because the soil is too moist are the main reason for the wilting of the Japanese maple leaves. Drought stress, frost damage, and herbicides are also causes of leaf wilt. In spring, the leaves of the Japanese Maple may droop due to immaturity, and this is perfectly normal. 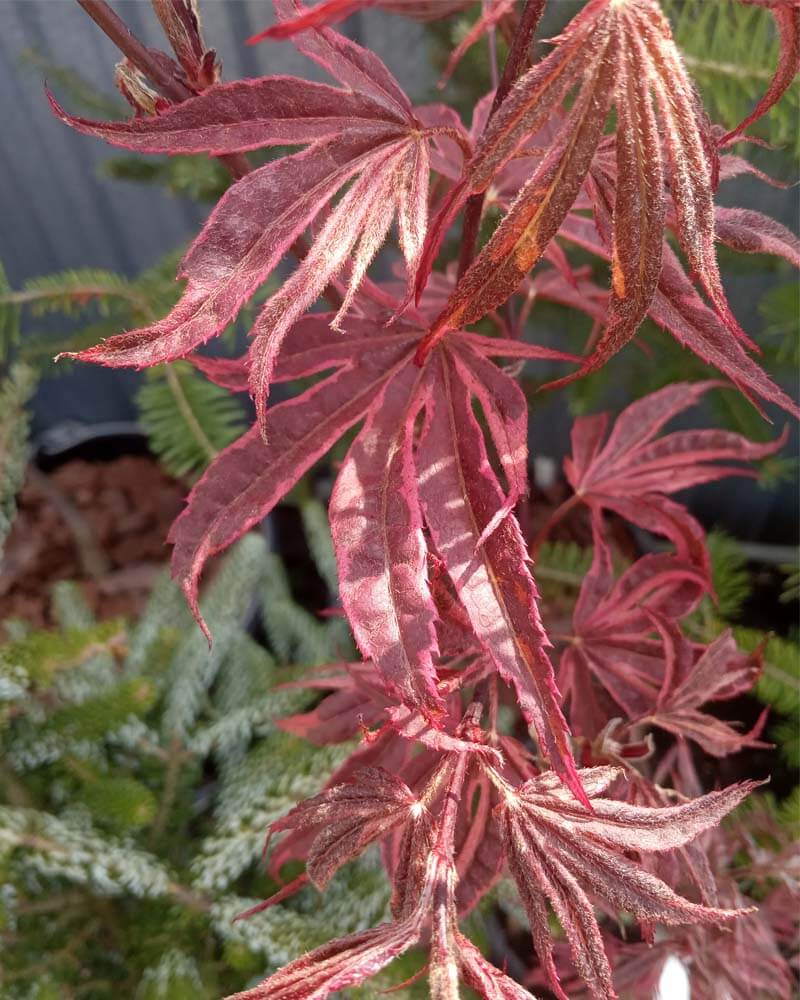 In spring, the new leaves of the Japanese Maple may wilt without even fully unfolding. This effect is further exacerbated after rainfall.

This is due to the immaturity of the leaf tissues and leaf petioles. The leaves simply sag under their own weight. If it rains at the same time, the leaves become even heavier and droop even more.

Basically, there is nothing to do about it. The more mature the foliage becomes, the less sagging it will be. By mid-season, you won’t even notice that the leaves have been drooping.

You should, however, pay attention to water at this time, because young leaves are very sensitive to both too little and too much water. Water the maple when the soil is about 2 inches dry. 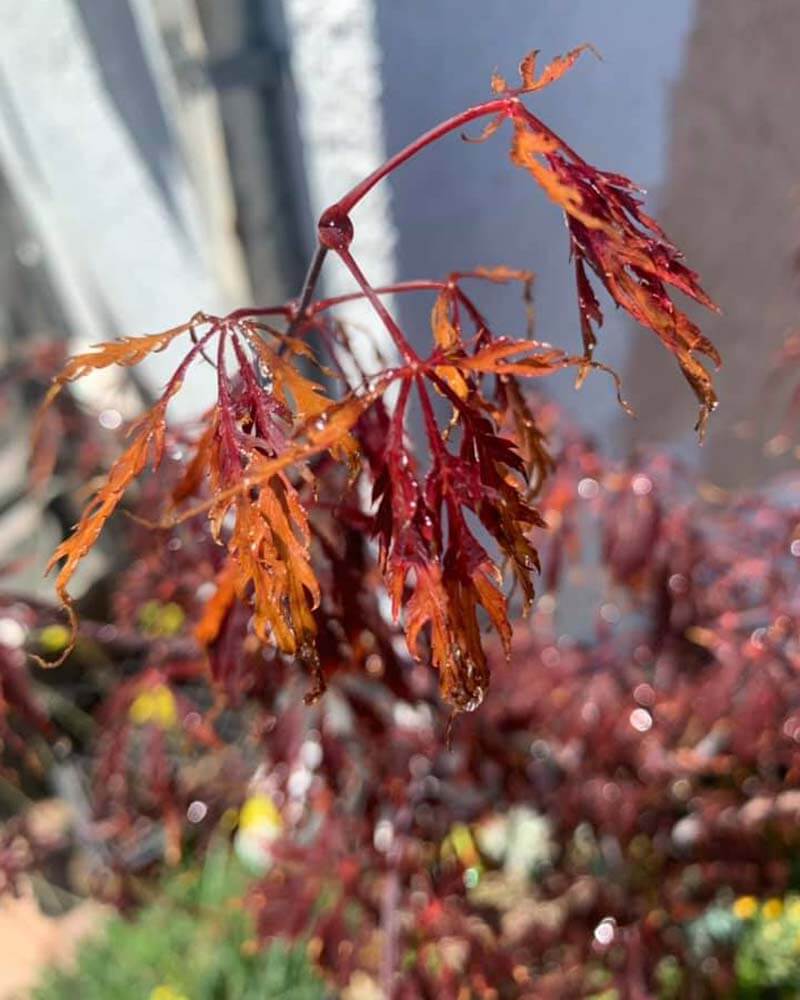 The second problematic case is the summer drought. If the weather is too hot and dry in the middle of the season, the leaves of the Japanese maple can wilt because of low fluid pressure in the leaves.

This is common in young or potted maples. Also, if the maple is growing in sandy soil, drought stress occurs much more often than in clay soil.

If the sun is very strong during a drought, the leaves can become brown around the edge.

In the first and second years after planting, constantly check the soil. If it is more than 2 inches dry, water the maple with 1-2 or more gallons of water. This is especially important during the summer months.

For potted maples, check soil moisture on a regular basis. Do not let the potting soil dry out more than 1 inch.

Mulch the root zone with compost or pine bark chips. The mulch layer should be at least 2 inches thick.

For more information on this topic, see Japanese Maple Watering. 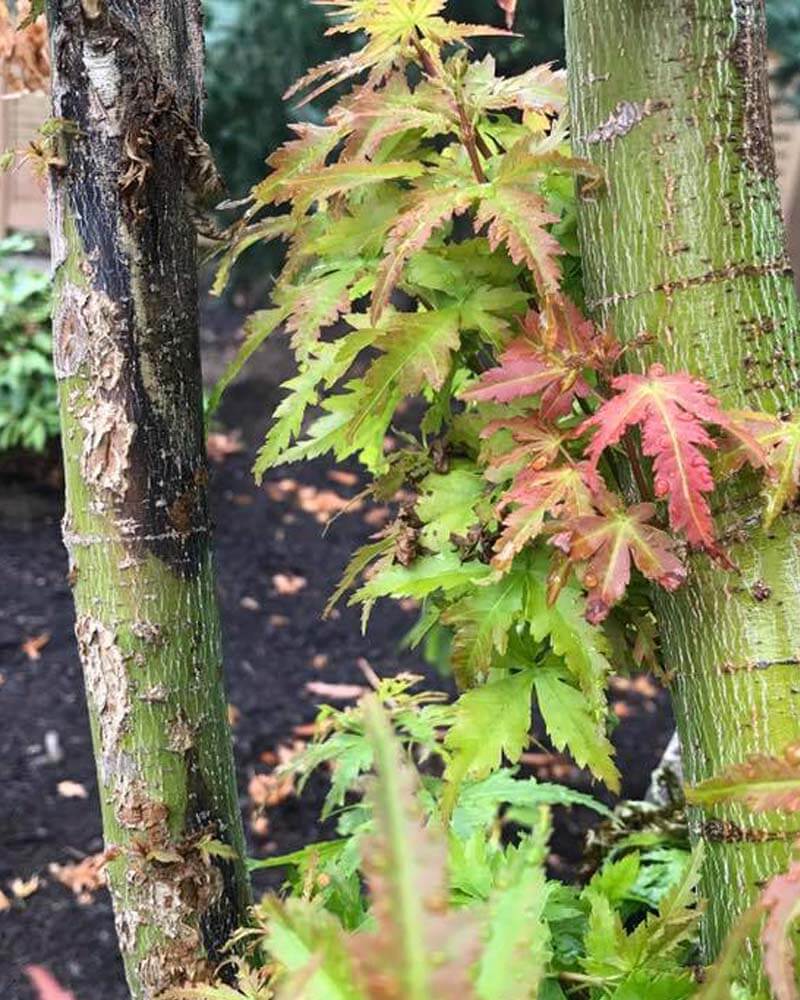 The first Japanese maple disease that causes leaf wilting is Verticillium Wilt. The pathogens of this disease enter the tree through wounds or through a damaged root system.

The disease then begins to develop, destroying the tissues from within. As a result, the water supply to the leaves is cut off and the leaves wither. Also, black areas can appear on the branches or trunk.

The second disease is root rot. It has the same symptoms as the previous one because the roots cannot work properly and the leaves suffer from dehydration.

There is currently no effective treatment for either disease. Control is limited to preventing infestation.

The first thing you need to avoid is overwatering the maples. If the soil is too wet for too long, the roots will soften and pathogens can easily enter.

Plant maples in well-drained soil improved with organic matter. Do not plant the tree where water collects.

Always use sterile tools when pruning the tree. Spray wounds after pruning with an aqueous solution of multipurpose fungicide. 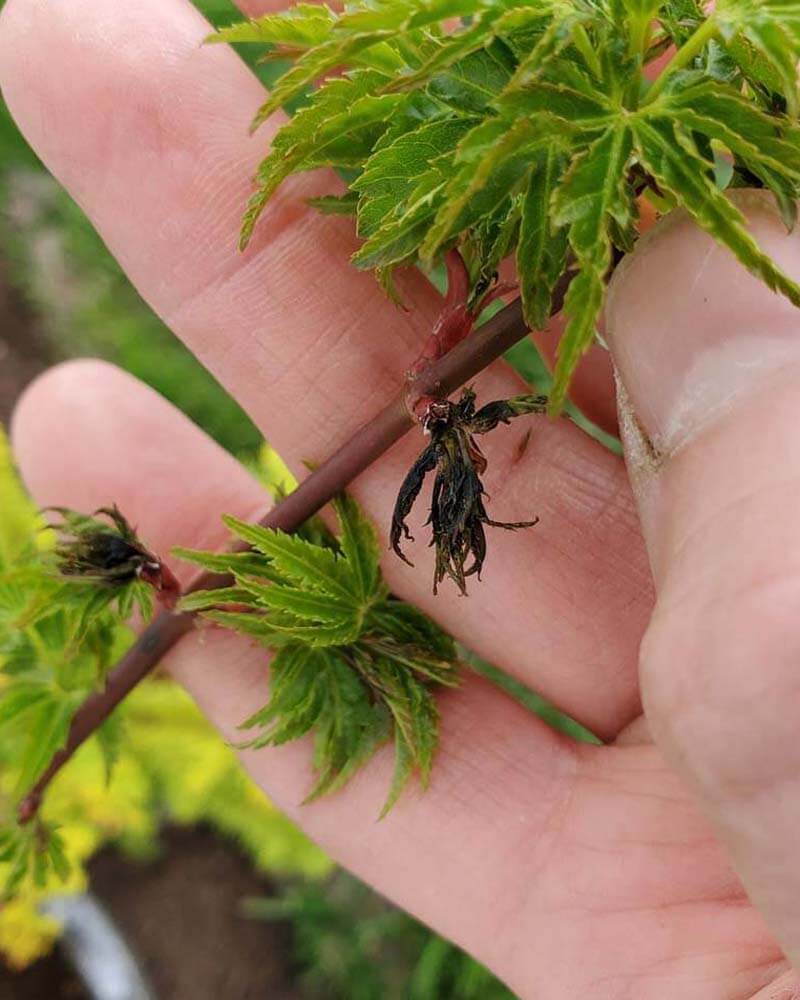 Another spring problem is late frosts. Very often a sudden drop in temperature can occur in any month of spring.

If the leaves on the Japanese Maple are already growing at this time, the frost will definitely damage them. The more mature leaves will suffer less, but the young ones may die completely.

Watch the weather during the spring months. If frost is coming, you need to cover the Japanese Maple for that time.

Use frost protection material to cover the tree, which you can buy at the garden center. Make sure the material is air permeable. Never use plastic for covering.

If your maple is growing in a pot, move it to the garage. After a frost, move it back in. 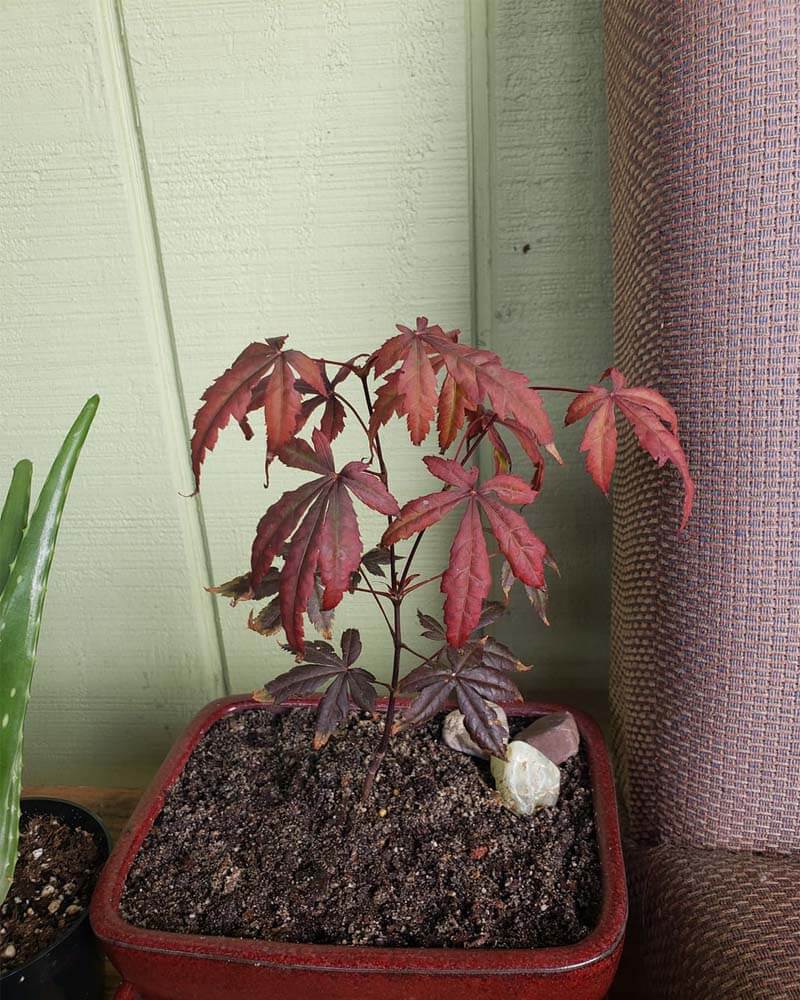 Newly planted or transplanted maples are most susceptible to leaf wilt. This is especially common in the first summer after planting.

This is due to the fact that the roots of a young maple are not yet developed. As a result, it is difficult for it to get the necessary amount of water on its own.

In addition, nurseries often keep pots with young trees in dappled sun. If you bought such a tree and planted it in full sun, there is a good chance that the leaves will wilt or get sunburn.

To avoid leaf wilting, plant or transplant Japanese Maple only in early spring. During transplanting, try to do as little root damage as possible. Transplant on a cloudy day instead of a sunny day.

If a newly planted Japanese maple wilts, shade it with an umbrella or shading net. The shade should remain over the maple all summer.

Water young maples no later than 2 inches dry of soil. Stick to this rule for the first 1 to 3 years.

The use of herbicides to kill weeds in the lawn has become very common these days. However, it has many negative effects.

If you or your neighbors have used a weed killer, some of this product could get onto other plants, including Japanese Maple. Maple leaves can wilt or become deformed when exposed to the herbicide.

Usually, there is nothing you can do about the damage to the tree from the herbicide. If only part of the leaves is exposed, they will turn yellow and fall off, but the tree will live on and recover over time.

You can wash the weed killer off the leaves with water. This may reduce the effect of the chemicals a bit.

Also, water the tree one additional time with a few gallons of water. After a few days, water with liquid fertilizer. This will give the tree a little boost to create new leaves.