Summer Crush is quite a frost hardy, but in zones 4-6 it can be damaged by frost. This is because it blooms on old and new wood, the flower buds on old wood can easily be damaged by a hard frost.

For successful winterizing of Summer Crush Hydrangea, remove the dead flowers and water the plant well. You also have to mulch it with a thick layer of organic mulch and cover it with frost protection material.

For those interested in knowing as much information as possible about Summer Crush Hydrangea, I have created a care guide. There you will find a lot of useful information and tips. 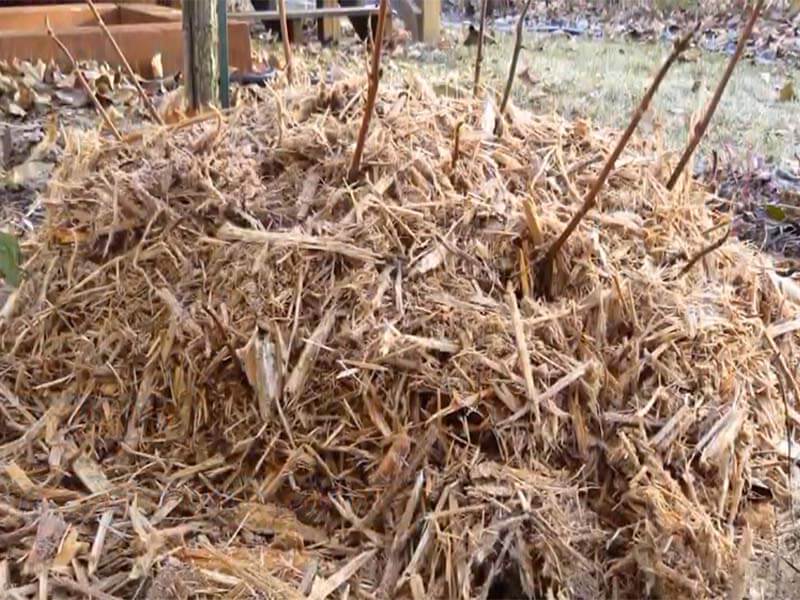 The first thing to do to keep Summer Crush from hard frost is to mulch it. The mulch will protect the roots from frostbite and even if the top part dies off, the roots will stay alive. Next spring the hydrangea will come back and bloom on young branches.

The best mulch is organic matter, this can be pine straw, wood chips, or just fallen leaves. The trick here is the thickness; it is important that the mulch layer be at least 4 to 6 inches thick. As a result, you will not only protect the roots but also partially protect the stems.

As soon as winter passes the mulch needs to be removed. Never leave hydrangeas covered in mulch for the spring and summer as it can cause the crown to rot. During the growing season, mulch should remain on the surface of the ground but not on the stems and crown.

Mulching will protect the roots from frost but the stems can still be damaged. As a result, the hydrangea will flower less abundantly (only on new wood). If you want to protect the hydrangea even better, then you need to cover it. 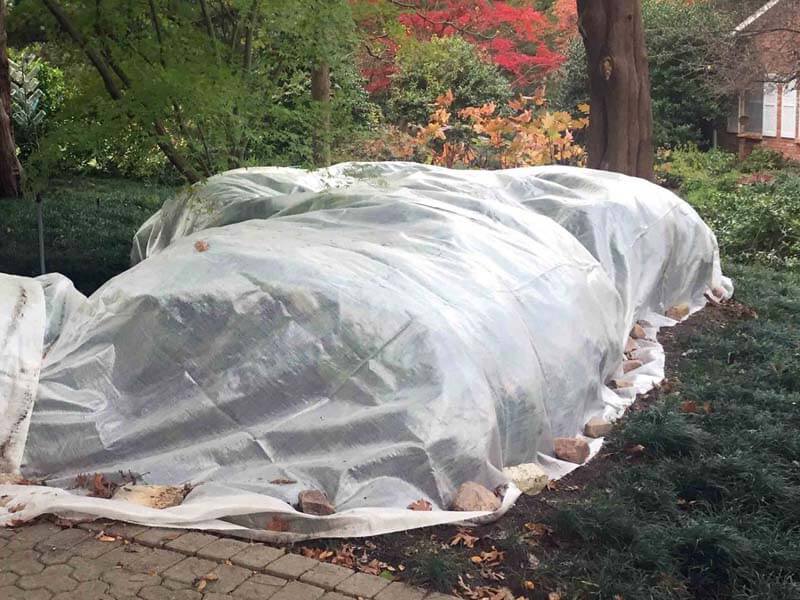 The most effective way to protect Summer Crush from frost is to cover it with the material. There are many good covering materials on the market to choose from. Buy good quality material to avoid problems in the future.

Next, you need to make a frame over the hydrangea. You can do this simply by inserting four sticks into the ground. But if you want a more robust structure, buy a garden fabric frame. Very often you can find a kit with fabric and a frame.

Put the covering material on the frame. The fabric should touch the ground. Pinch the edge of the fabric to the ground with rocks or bricks. In the photo, you can see what a protected hydrangea should look like. 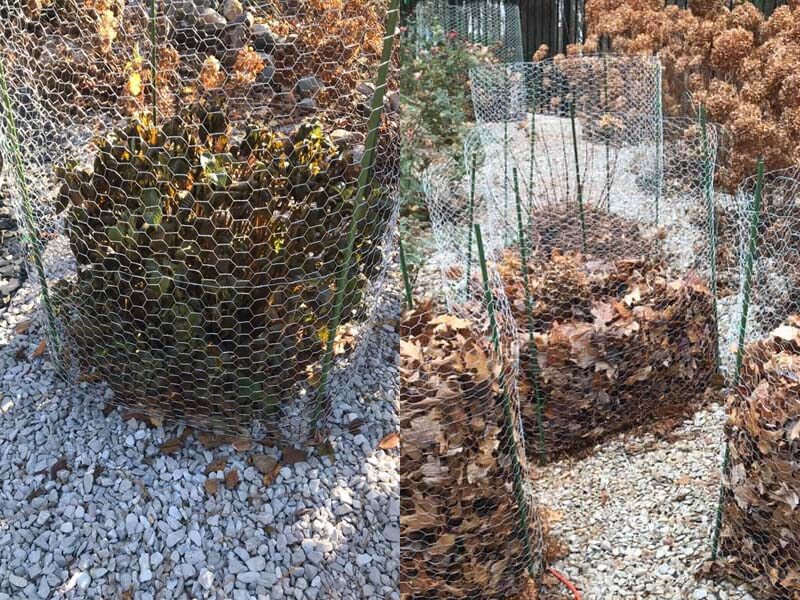 The second effective way to protect hydrangeas is to cover them with leaves. Stick four sturdy supports in the ground around the hydrangea. Next, attach chicken wire mesh in a circle to the supports, the height of the mesh should be slightly higher than the hydrangea.

As a result, the Summer Crush should be as if it were in a cage. On top, pour dried leaves that have fallen from the trees this fall. The entire hydrangea should remain completely buried under the leaves.

This is a simple and cheap way to protect the flower buds from the cold. In the spring, as soon as the severe frost has passed, you need to remove the leaves and cage from the hydrangea.

All plants are dormant in winter, but they still need water. Since the ground is frozen, the plant uses the water stored in its tissues. If there is not enough water, the top part of the bush may die.

To avoid dehydration, you need to make sure that the hydrangea has stored enough water for the winter. Beginning in late summer, keep the soil around Summer Crush slightly moist but not wet. The surface should not dry out more than half an inch.

When watering, use at least 1 gallon of water or more. The entire root system should receive water. But again, don’t create a swamp around the bush.

If the fall is wet and rainy, there is no need to water. There should be enough rainfall for the plant to accumulate water for the entire winter.

It is good practice to fertilize hydrangeas in the spring and summer after they bloom. But fertilizing in the winter can do more harm than good.

Hydrangeas spend a lot of energy during the growth period to produce new leaves and flowers. So you need to compensate for this loss with fertilizer. But if you fertilize in the fall or on the eve of winter, the plant may start to bloom or create new leaves and branches.

In winter, these new leaves and flowers will certainly be damaged by frost. Even the whole top part of the plant may die. As a result, you won’t get any blooms on the old branches next year.

If you mulch Summer Crush with organic matter, that will be enough. Organic mulch also adds nutrients to the soil and the plant gets everything it needs for the winter.

If you leave the inflorescences in the winter, the branches will bend down during a snowfall. As a result, cracks can form on the crown and it can start to rot. After a while, the plant may die.

The best practice would be to remove the inflorescences for the winter. The most suitable period for this is early fall or just after flowering. This is a good time for the wounds to dry out, which also has a positive effect on the health of the hydrangea.

Cut the inflorescences half an inch below where they are attached to the branch. If you cut lower, you might remove the flower buds. Branches without inflorescences can survive any snowfall without problems.