Coral Bells is a plant genus that includes many species. Today we will compare two of the most common species.

In addition, all parts of Heuchera villosa are densely covered with hairs, while Heuchera americana does not have such a dense hair cover.

Of course, these are not all the differences, so if you want to know more read this article to the end. For true lovers of these plants, I have an article on How to Keep Coral Bells Thriving. 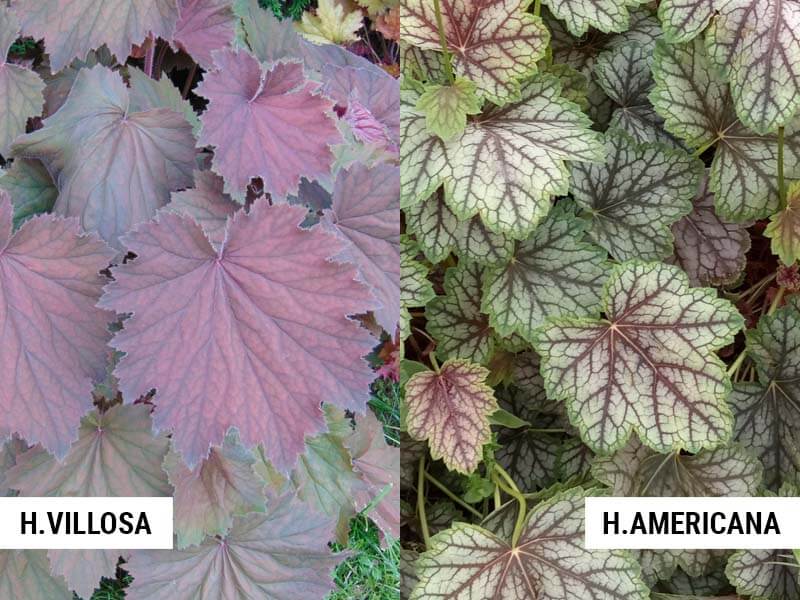 The leaves of these plants are completely different. Heuchera villosa has larger leaves that can reach up to 6 inches across. Also, the leaf margin is more serrated and the lobes are less pronounced.

At the same time, Heuchera americana has leaves up to 4 inches across. The leaf margin is more wavy and the lobes are slightly more pronounced than those of the competitor.

As for color, Heuchera villosa usually has leaves of one color. They can be burgundy, brown, green, and a few other colors.

Whereas Heuchera americana has a more complex leaf pattern. Its leaves have clearly visible veins and can be dark green, brown, or even black. Between the veins, the leaf can be green, silvery or even almost white. There are also colored varieties.

The texture of the leaf also is different. Heuchera americana has smoother leaves, yes there are hairs on them but they are small and not noticeable.

Heuchera villosa, on the other hand, has longer hairs and more of them. This is especially true of the underside of the leaves and leaf petioles. As a result, the surface of this plant resembles velvet. 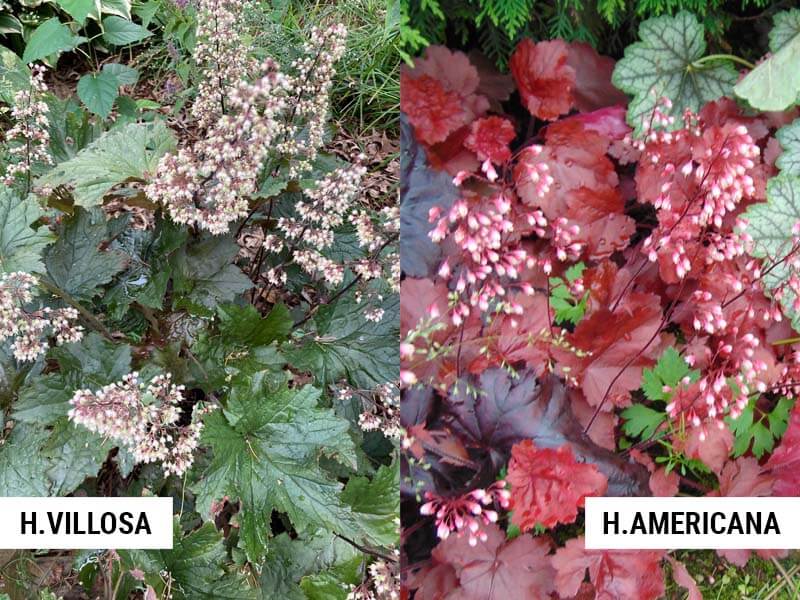 The flowers of these species have some differences, although at first glance they are very similar.

Heuchera villosa blooms in summer and seeds ripen by fall. The flower stalks are long and thick and can grow over two feet tall with the inflorescences. They are very hairy and have small leaves.

The inflorescences can reach up to 1 foot long and 1-2 inches in diameter. The flowers are larger and more numerous than the competitor. The color of the flowers is white to light pink.

Heuchera americana also blooms throughout the summer but its flower stems usually do not exceed 2 feet in height. Their surface is smooth and they are thin.

The inflorescences are shorter and more loose. The number of flowers is noticeably less than its competitor. A slight advantage is that the color of the flowers can be bright pink or orange, depending on the variety.

In addition to its larger leaves, Heuchera villosa is also bigger. It can reach about 2 feet in height and width. The shape of the shrub is more spreading and globular.

Because of the larger leaves and longer leaf petioles, the bush can partially fall apart in a storm. This is not a serious problem, though, as heucheras are able to quickly regain their shape.

Heuchera americana has a more mounding growth habit. It usually does not exceed more than 1.5 feet in height and the same amount in width. Although some varieties may be slightly larger.

Because of the shorter leaf petioles, the bush is denser. As a result, both during a storm and in winter, the bush is almost always solid. 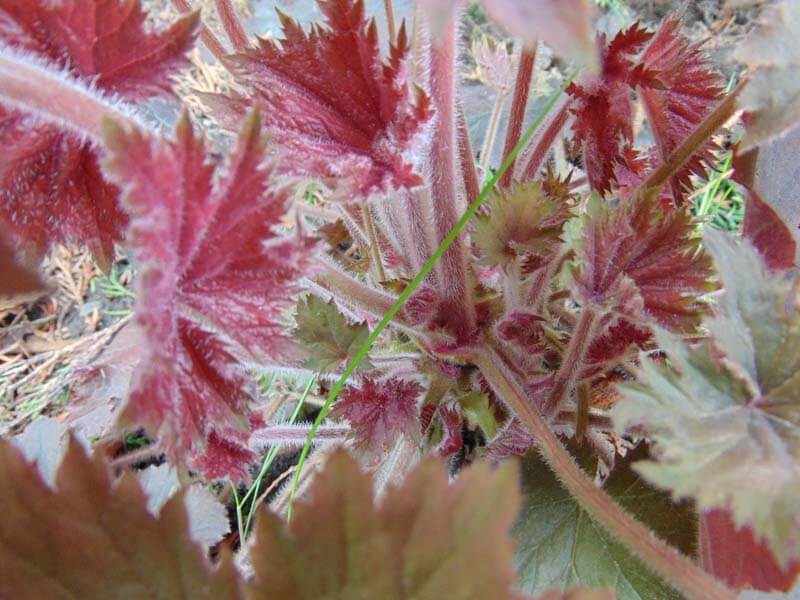 Both plants are considered equally hardy. They can be grown in 4-9 USDA hardiness zones. But Heuchera villosa is more heat-loving and grows better in the south than in the north. So plant it in a place that is more protected from frosty winds.

At the same time, Heuchera americana likes cooler places and is fine in the north.

Heuchera villosa also does not tolerate full sun all day. It prefers sun for up to 6 hours a day. Heuchera americana can grow in full sun or partial shade depending on the variety (darker varieties tolerate full sun better).

When it comes to watering, Heuchera villosa needs more water because its leaves are larger and it evaporates more water. Some larger specimens require 2 gallons of water each time they are watered. While Heuchera americana can usually do with one gallon.