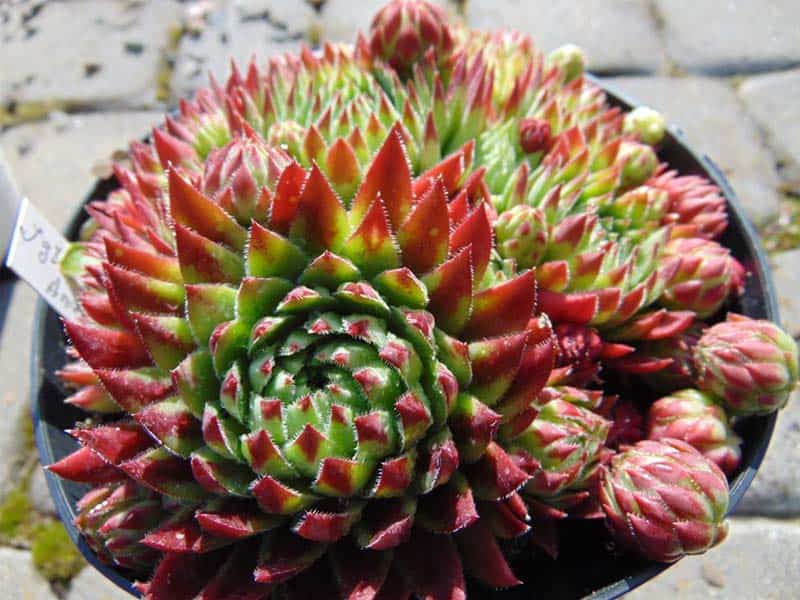 This species of sempervivum is different from other representatives of the genus, some botanists distinguish it in a separate genus Jovibarba.

The average size of the rosettes is 1.5 inches, the maximum size is 3 inches. Plants of this species are mainly green in color, sometimes having dark red leaf tips, and there are varieties with a yellow-green color. The surface of the leaves is smooth, hairs on them almost never happen.

In most sempervivums, the shape is disc-shaped. Sempervivum globiferum is spherical, leaves short, and pointed at the ends. Young rosettes are formed directly on the maternal rather than on long shoots, as in most sempervivums.

As they grow older, young plants slip to the ground from the parent plant and begin to live independently.

Sempervivum globiferum grows in the Alps (France), mainly in the north and west. Partially spread in Eastern Europe (Ukraine). There are small colonies in the Caucasus. It grows on rocks in sandy soils. 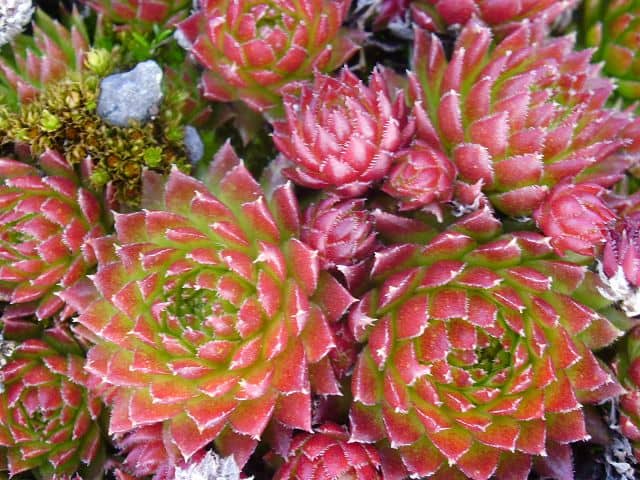 A variety of vigorous enough. Rises many daughter plants. Bred by Theo Germann in 1980. 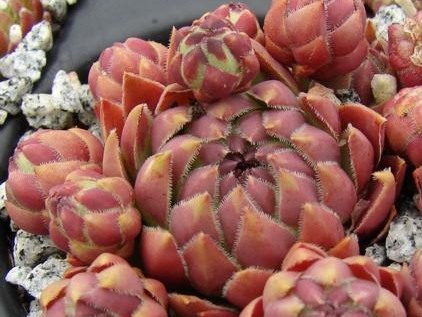 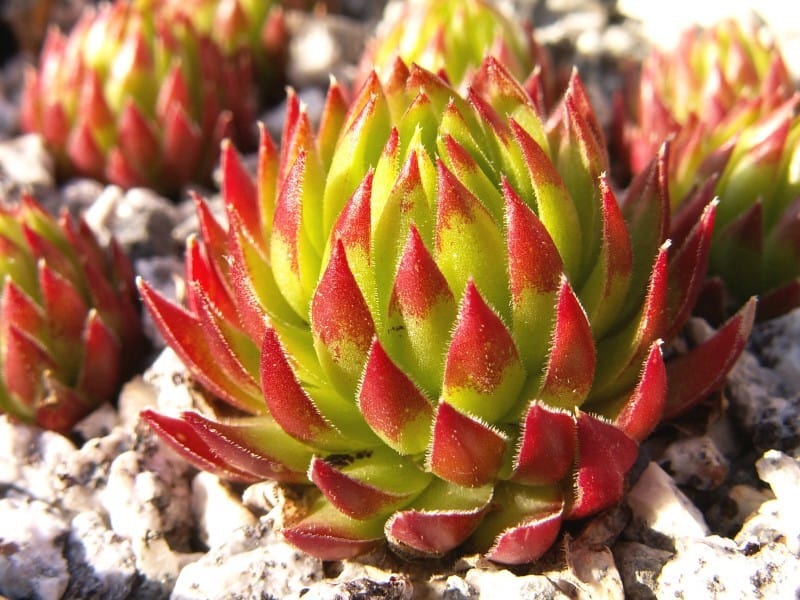 This variety has sharp leaves of light green color, the tips are bright red. The color is almost unchanged throughout the year. 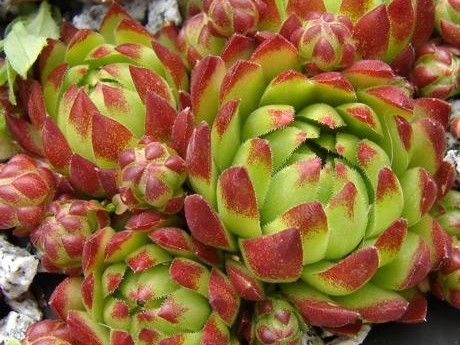 This variety was recently bred, the size is large as for sempervivum globiferum. The tips of the leaves are dark red, in summer the whole plant becomes bright red. Bred by Andre Smits in 2004. 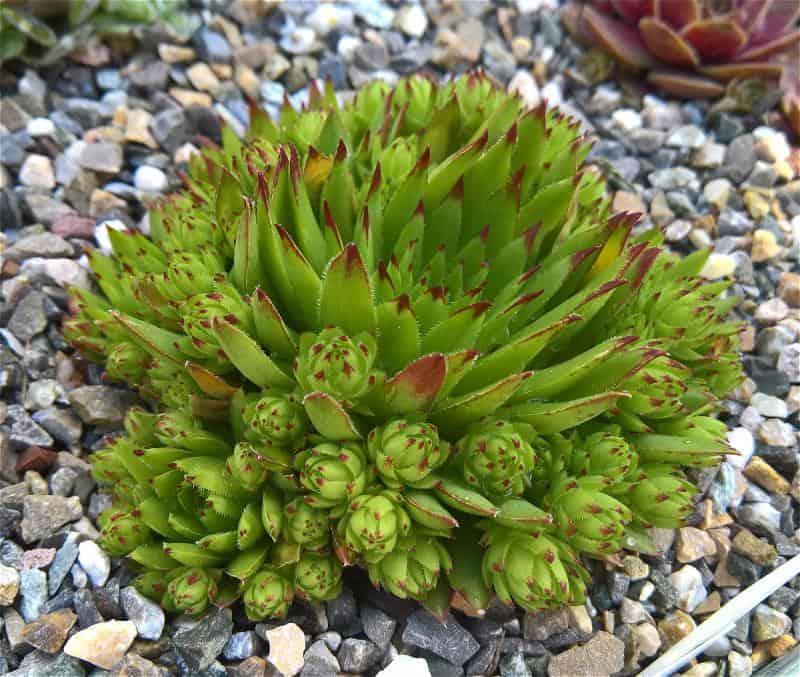 This variety was bred in Germany by Volkmar Shara, named after his friend Yuri from Minsk. In early autumn, it looks most beautiful, its leaves turn bright red, the base is rosette light green.

It grows up to 2.5 inches in diameter, multiplies vigorously, forms lush pillows from rosettes fairly quickly.

Almost no care, well suited for growing in pots.