“But when from a long distant past nothing subsists, after the people are dead, after the things are broken and scattered, still, alone, more fragile, but with more vitality, more unsubstantial, more persistent, more faithful, the smell and taste of things remain poised a long time, like souls, ready to remind us, waiting and hoping for their moment, amid the ruins of all the rest; and bear unfaltering, in the tiny and almost impalpable drop of their essence, the vast structure of recollection.” ~ Recollections of Things Past ~ Marcel Proust

My grandparents had that typically West Australian, 1/4 acre suburban block with a post-war bungalow. There was a Hills-Hoist in the backyard, a vegetable patch in the back corner near the compost bin, passionfruit vines rambling along the back fence and of course, a huge lemon tree.

Nan and Granddad have both long since passed away and the last I heard, the house was demolished to make way for a triplex development.

Luckily for me, I have some of Nan’s recipes. This Lemon Cordial* recipe is one of the easiest and most economical in her collection. The recipe makes just under two litres of cordial for less than two dollars. 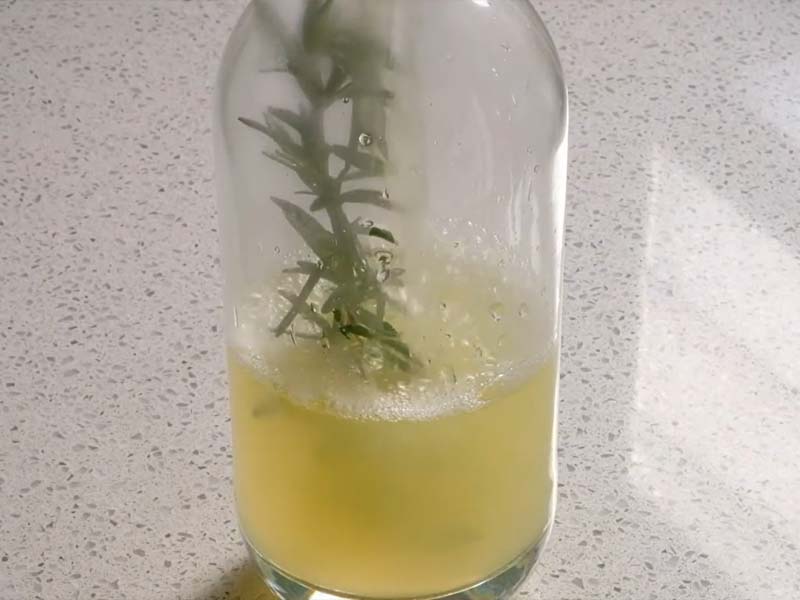 Here’s Nan’s original recipe along with one for Avacat (Advocaat?).

On hot, 40 degree days like the one we had this last weekend, a long cool glass of Lemon Cordial really hits the spot! Plus, as the weather gets warmer, any recipe that doesn’t require me to turn on the oven or juggle hot pans in the kitchen is a bonus.

If you’re confused about oz, pts and lbs above, I’ve translated to metric below.

The darker colour of this cordial is because I use raw sugar. If you would prefer a clearer, yellower colour, just use refined white sugar instead.

I love the lemony-ness of this cordial. You get all the flavour of the juice with lovely lemon zest flavour too. I have tried lemon cordials that boil the lemon and sugar together to make a syrup, but I think boiling the juice taints the lemon flavour and makes it taste marmalade-y.

When I was in boarding school, I caught the chicken pox. Because I couldn’t fly home (being highly contagious and all) I stayed with my Nan and Granddad. I remember Nan added a teaspoon of Rosewater to the strained cordial and called it “Persian Lemonade” and I practically lived on the stuff.

It’s delicious memory that punctuates an otherwise miserable fortnight driven mad by incredible itching and the tough mental discipline required not to scratch myself silly.

Drinking Nan’s Lemon Cordial is like being transported back in time (with a nod to Proust above!)

I have also tried this recipe with herbs added to mincing process. A dozen English Lavender flowers minced with the lemons gave a subtle flavour, not as pronounced as I had feared. If you can get your hands on some purple basil, it adds a fantastic zippy flavour and the purple colour is just gorgeous when you use the white sugar.

*When in New York City last year, my mum wasn’t feeling well and wanted some lemon cordial to sip on. We couldn’t find any! The lovely bloke at the shop on the corner of 110th and Madison Ave looked at me like I was bonkers when I tried to describe what “cordial” was! Apparently, Americans drink Kool-Aid, which was sold in sachets as a powder, you have to add sugar as well.

The packet Lemon Kool-Aid looked weird to my eyes, like a sachet of sherbet. (Caffeine and Gluten free? Why would lemon cordial have caffeine or gluten in it in the first place? Natural flavour with other natural flavour? What does that mean?) But, apparently sausage rolls are news to Americans ! Culinary culture shock-exchange!